Played this course 4-5 times and it’s never been as slow as it was. Had a twosome in front of us leave to go play the front nine. Took almost 6 hours to play...mostly due to the back nine.

Just punched the greens a few weeks ago. Seem to be coming back nicely.

Best bang for your buck at Charlotte National! Course is in good shape and you cant beat the price. Will definitely be returning!

Great course for a reasonable price.

Charlotte National has some of the most reasonable prices in the city when it comes to green fees. Hard to find a course that is less than $40 for a weekend round, let alone one with awesome greens. The greens were some of the nicest I have played in the Charlotte area and I’ve played about a dozen of local courses over the years. Fairway store were in good shape and the tee boxes weren’t all jacked up or filled with a dumptruck full of sand. Bunkers needed some love and were hard and water logged, but we did just get some decent rain a couple days before. Staff was alright, nothing to write home about, but no complaints either. Clubhouse was small but had everything one would need. Carts are gas and need a little love, but work well. Overall, great value for the money, and pace of play was quick. We finished under 4 hours as a 2 some. Course could use some more imagination and more creativity with he layout, but overall it was a fun course and had a decent variety of holes.

Charlotte National is a good value for the money. The fairways and tees are very nice. The rough was a little high and made it difficult you find your ball even when you kept an eye on it. The greens were a little hit or miss, they got hurt a little by the summer heat, and it looks like they punched recently. That being said I thought they rolled really well and held incoming shots. With the cooler weather coming in the greens should heal up nicely. The bunkers could use some work.

The course was not well maintained. Greens were in terrible shape. They were brown and had spots that were down to the dirt. Grass was not cut well and clumps of cut grass was all over the course.

This course is a great challenge. Even playing from the tips, the emphasis is on hitting fairways, not distance. It's a quiet track, being out in the middle of nowhere is a huge bonus. Greens are a good test, this course punishes wayward shots. The staff and facilities are top class. Everyone should give this course a try!

It's been a while since I've played Charlotte National. The clubhouse wasn't built the last time I played it, in fact. The course is great for players of all skill levels. It has very generous landing areas that allow just about everyone to be able to play from the fairway. There isn't much elevation change, save for a couple of holes on the front nine. There are a few dogleg holes, but most of these are gentle or sweeping doglegs that make already wide fairways even wider. There is a decent amount of water on the course, but very little of it actually comes into play. Tee boxes were in good shape, as were fairways. The rough was hit or miss, as it is mostly fescue, so some parts were thicker while others pretty thin. The bent grass greens looked bad from all of the unrepaired ball marks, but looks were deceiving. They rolled as pure and true as any greens I've played on this year. I made several medium to long putts that I don't normally make as balls tracked directly on my intended line. Speeds were consistent from green to green as well. Bunkers were well maintained. The sand in them is a darker, coarser sand. Pace of play was pretty good for a late afternoon, and 2 groups let me play through. The staff couldn't have been any friendlier. 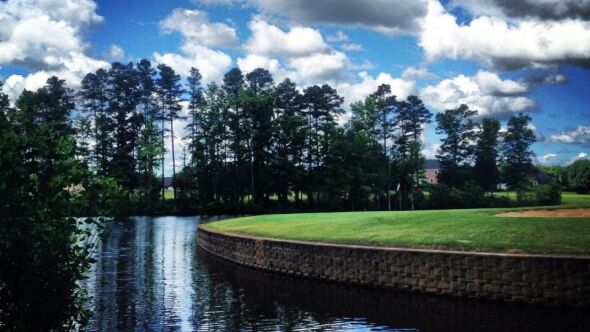 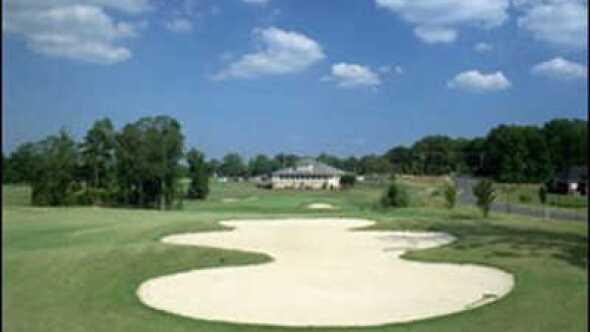 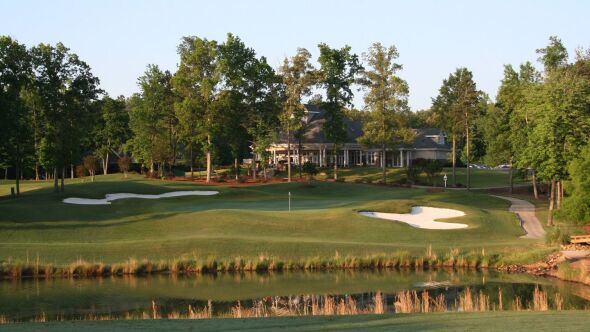 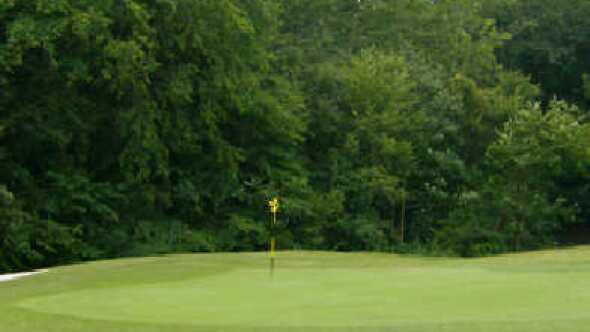 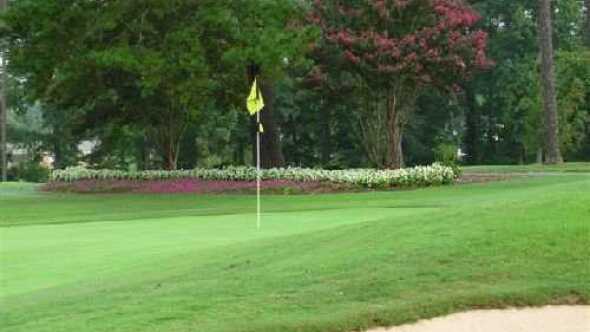 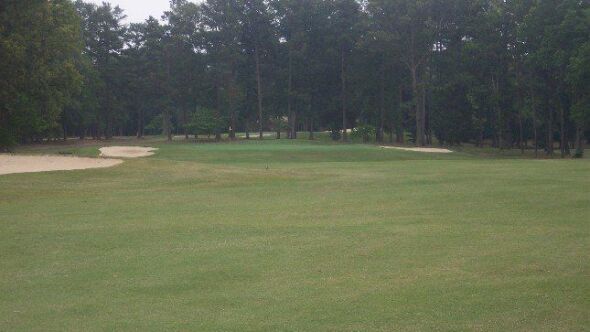 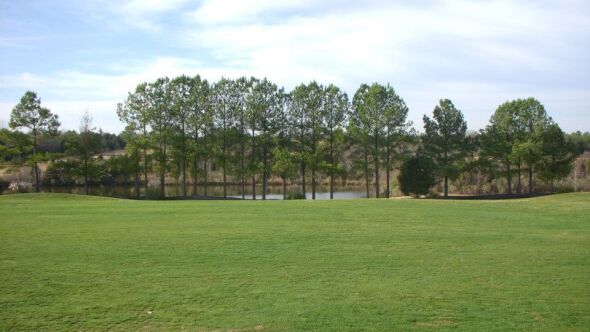 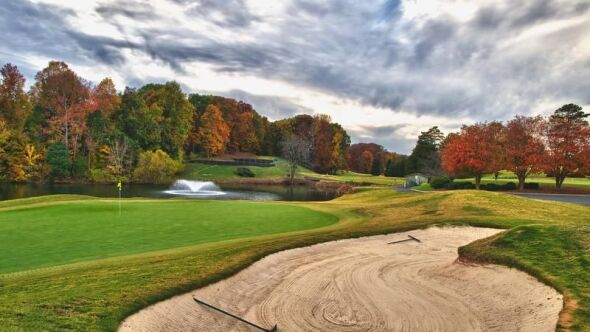 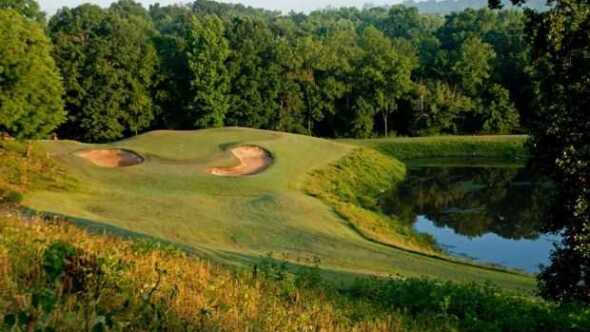 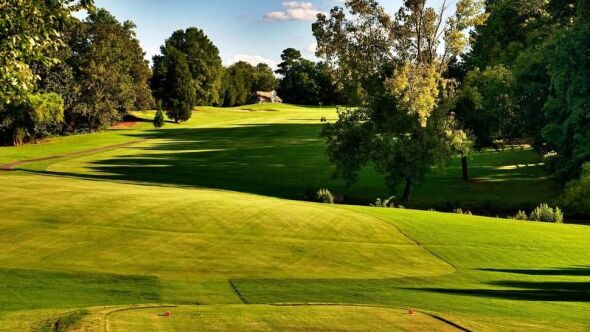 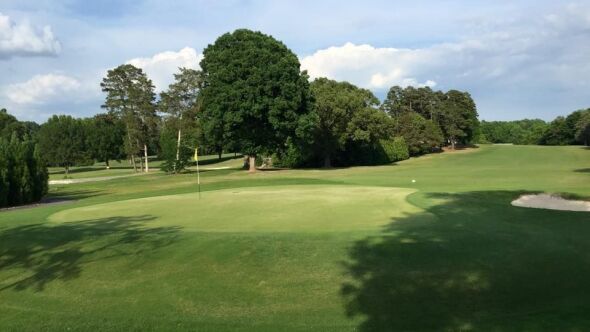 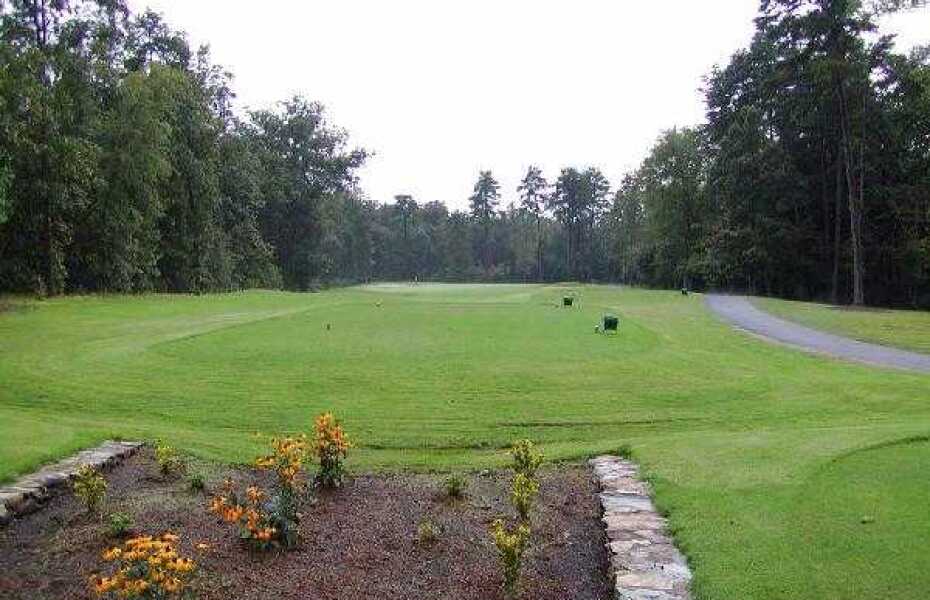 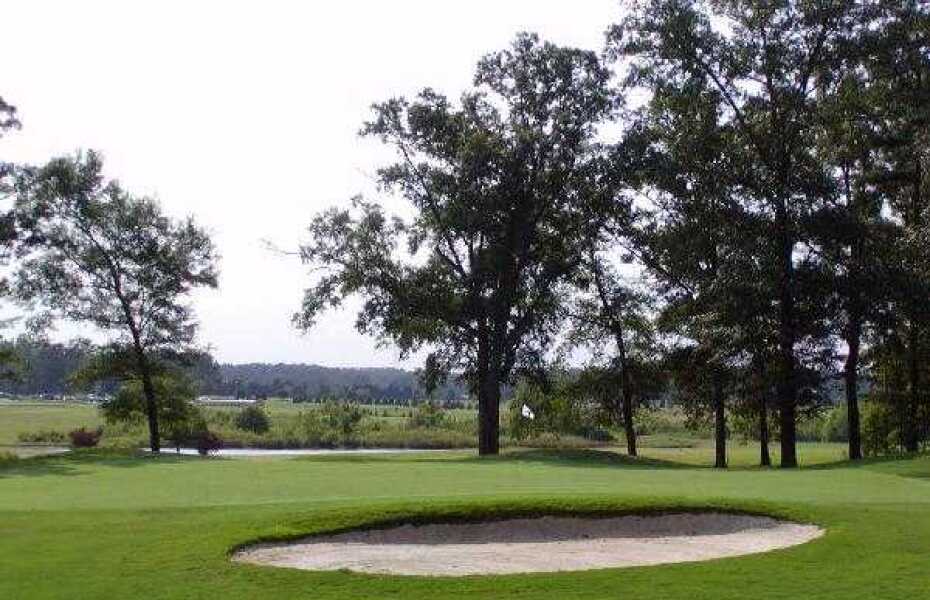 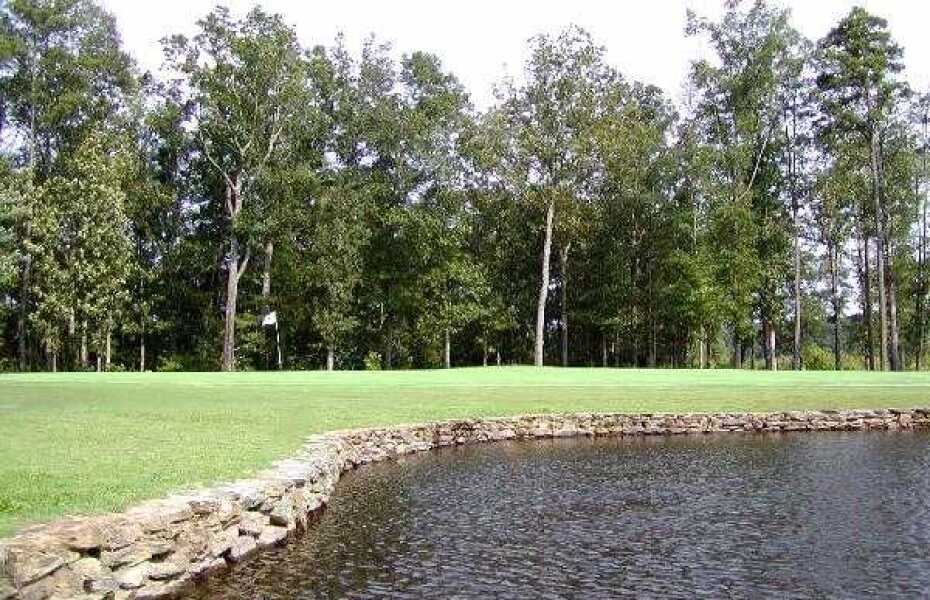