Pin placements are ridiculous and the holes are punched so that there are mounds surrounding the cup. Sand traps are all hard and unplayable. Cart paths are in terrible condition and the girls that work on the staff are rude. I wouldn’t recommend this place to a member of the Taliban.

Played 18 before my wedding that was at Briarwood’s reception hall. - which was excellent.

Course was soaked, but it was due to 5 days of rain prior. Course still looked and played relatively well!

Large outing was just finishing, starter wisely sent me out on back 9. thus I played in 2hrs 45 mins. Greens were very good considering the outing.

The course has been alright. Came in late morning and the staff checking me in said the front 9 was “wide open” I came up to the first tee with a family of 4 with two young kids only hitting the ball 10 yards or so. Waited about 5 mins and decided to skip the first. Thought I was in the clear and then I saw it was backup on every hole!! The cart paths are in awful condition as well as the the tee boxes!

The majority of the course was extremely tight with too many houses surrounding the course and too many golfers surrounding tee blocks and approach shots. If you hit your drive far and can't be precise, you're better off just using irons all day...and that's just boring. Overall, I wouldn't recommend this course because there were too many variables that made it frustrating.

With the exception of the horrendous cart paths the course was tough but forgiving…..

I walked. Lots of blind shots. The course seemed short. The houses lining the fairways are intimidating. Don't think I'll play there again, the other neighboring courses are most my style.

Beautiful course. Plays a little narrow on the front nine. If you like hills this is the course for you. Greens are some of the more challenging I've played.

I read the reviews about the potholes before I came. So we tried to avoid most of them. Course did not have any water jugs on the course nor a cart person selling beverages. It was a fairly hot day. Greens were good. Course would work better with repaved paths, but I wanted to play a new course. Used GolfNow coupon, would not pay $45 to play.

Fun little course, quirky layout with a bunch of short par 4s. Green complexes challenging, rolled well.. BUT ... I would not play this course at $30, instead of the $48 we paid. because of the cart paths. Long rides between holes and they were simply wretched, full back-jarring craters. Disappointing. Hey golf course owners, carts paths matter.

The cart paths were unbearable. Place is falling apart.

Found a wedge in my bag I turned it in on Saturday 7/2/22 I hope the owner finds it ⛳️I played first time with a couple guys who retired from Ford/Electricians ..

I booked this time with my dad to celebrate Father’s Day. The course had booked a company outing that had a shotgun start and was 4 groups deep on both the front and back nine. I asked for a refund but since I booked through GolfNow they could only offer a rain check. There was no way I was going to drive an 45 minutes again to this course that doesnt adhere to tea times and overbooks. so we waited it out and played in between two of the company outing groups. How awkward right?!?! Cart paths are also in terrible shape.

I played on a Tuesday by myself and the pace of play was fine. I played multiple balls and spent ample time on the greens after holing out. The layout was fine but several holes were "tricked up". The best feature of the course is the greens. They were fast, true, and had a good deal of slope. Overall, the experience was good and I will return later this year.

Course was in good condition. Price was reasonable. Staff was friendly and competent. Pace of play was slow because of group in front of us thought they were on the PGA Tour. 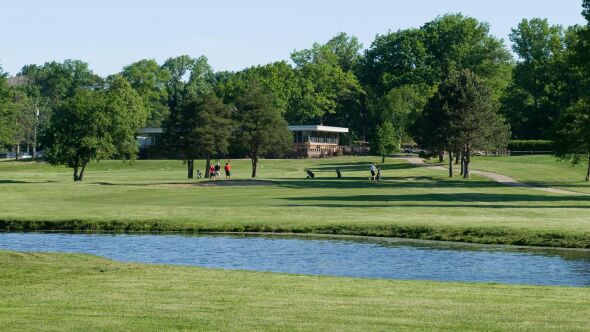 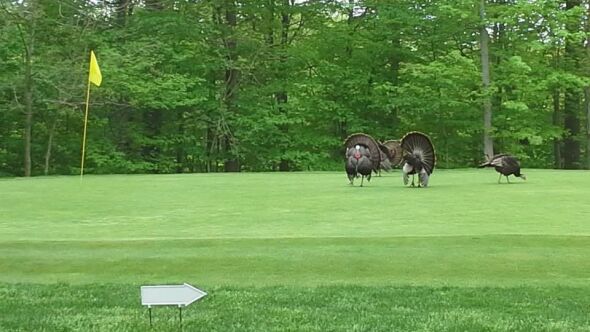 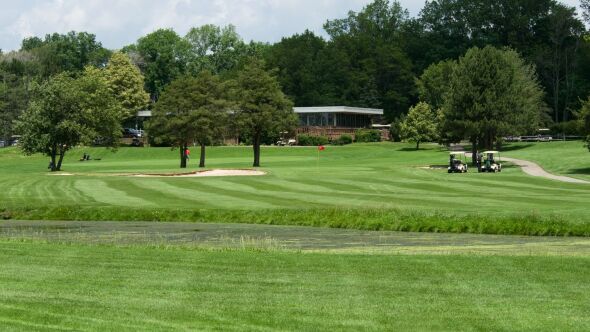 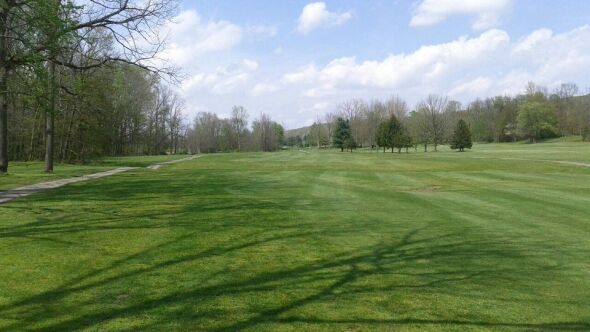 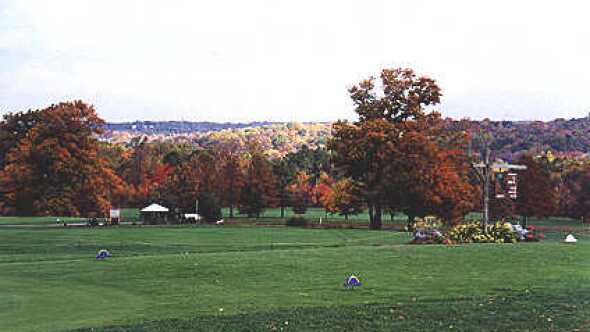 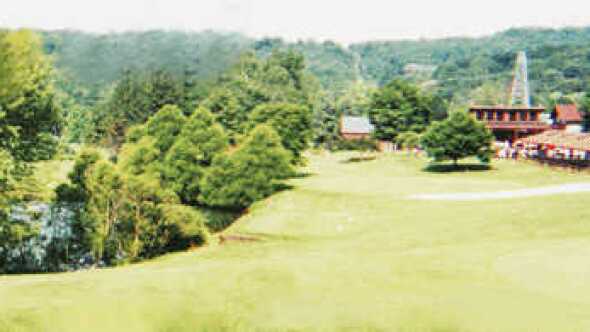 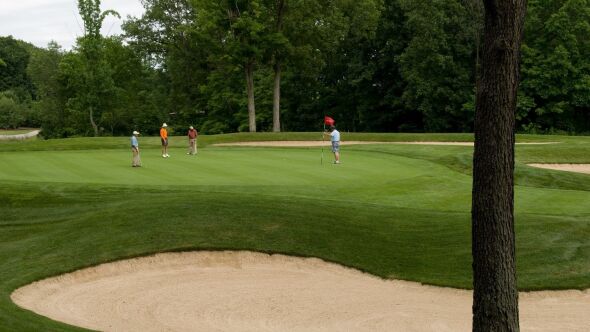 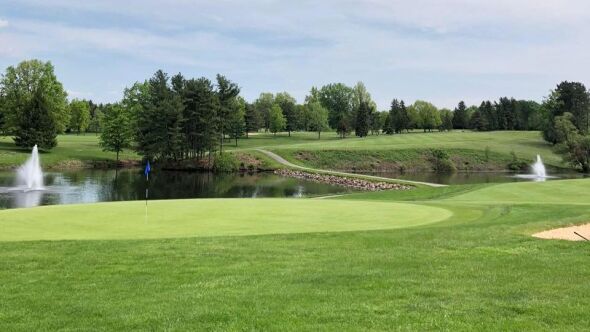 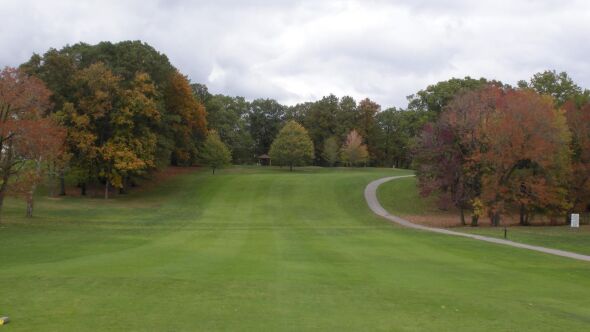 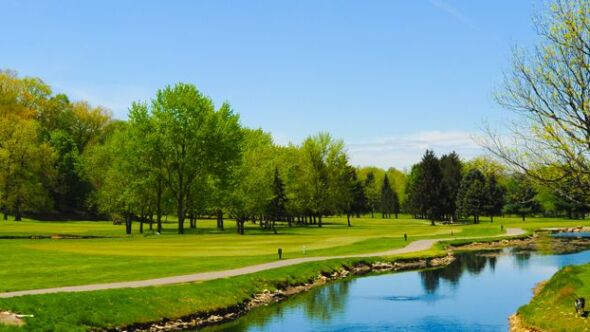 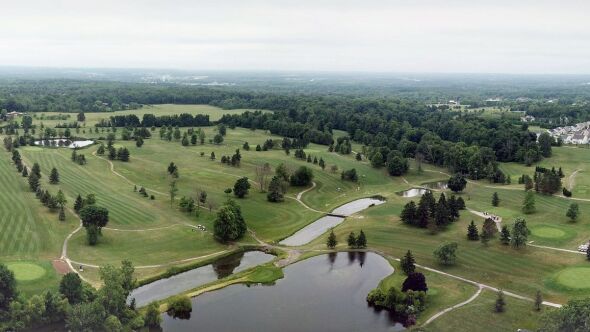 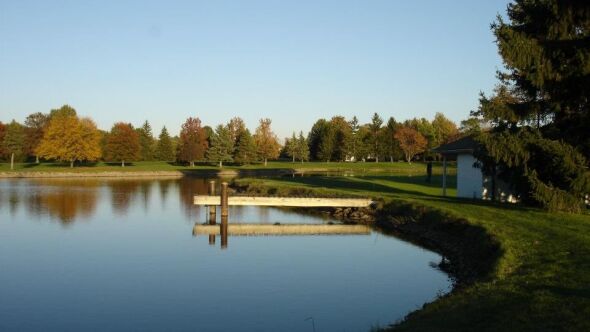 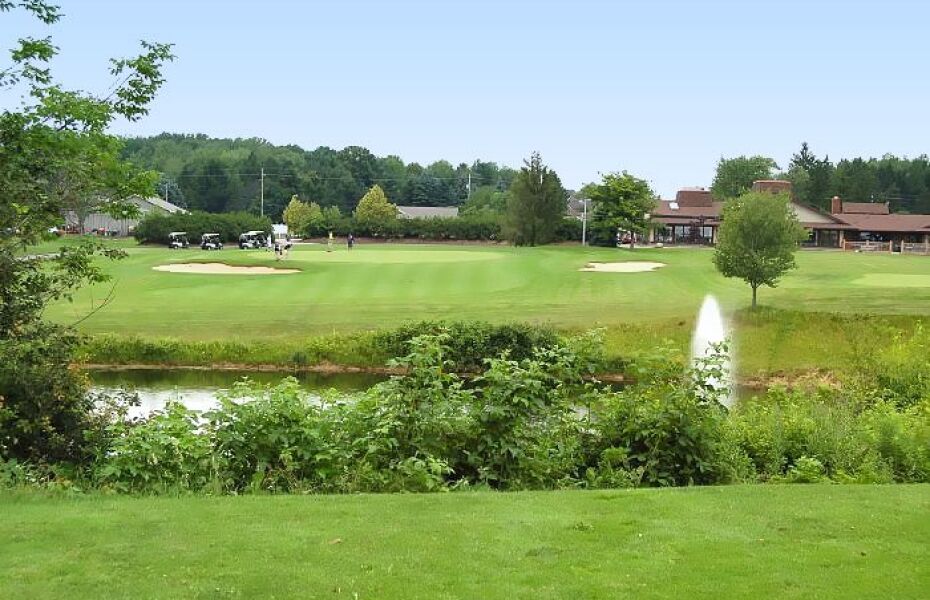 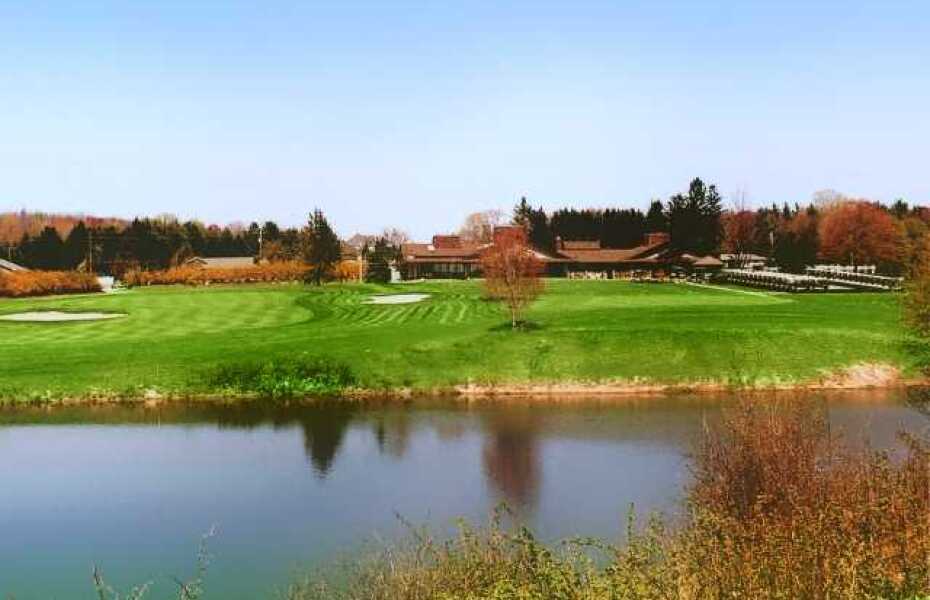 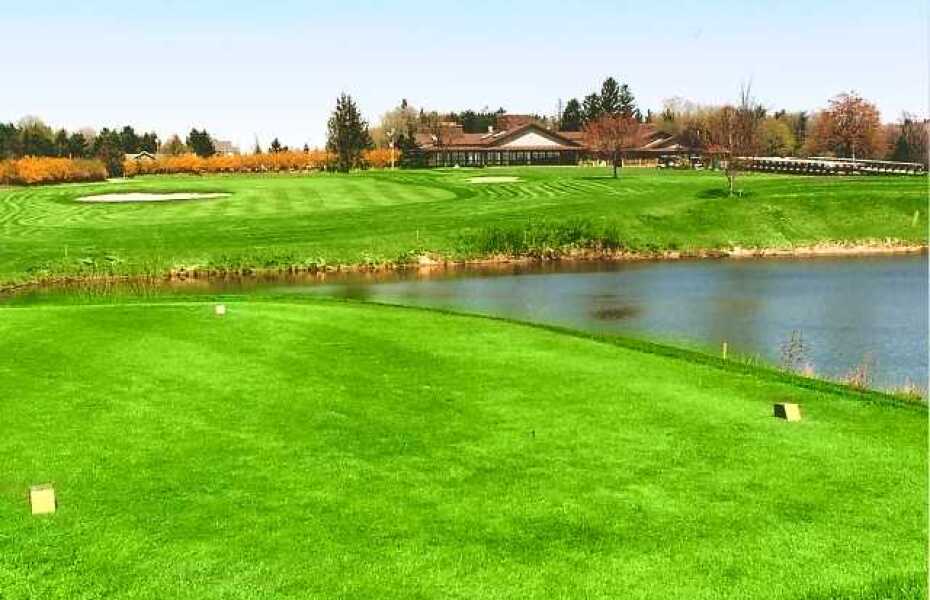