John Fought and Tom Lehman collaborated on the course at Verrado Golf Club, a voluptuous design that meanders through the old Caterpillar bulldozer proving grounds. It's up and down for 18 holes and that doesn't mean "chip and a putt." The course is good test with chances to score and a handful of memorable and scenic holes.

Where Verrado Golf Course will eat you alive is in the bunkers. Some bunkers are hard to carry, others collect wayward shots. But the fairways are wide enough to avoid trouble, and what appears to be the safe shot off the tee will often bring greenside bunkers more into play. So pick your poison.

While the back nine is far superior to the front, going out still has its fair share of memorable holes. A huge boulder 30 feet tall on the par-4 eighth jets out from the left side around which the fairway shapes itself. A perfect line from the tee box is to take the ball five yards right off its edge, but hitting the boulder is certain death by desert. The boulder was scheduled to crumble via dynamite, but stood up to the TNT and was deemed an immoveable object. Open and playable for all skill levels, the Verrado Golf Club is a sublime experience.

The 19th Hole is Great For:
Patio Dining 65
Drinks 61
19th Hole Scenic Views 44
Course Challenges Include:
Elevation Changes 92
Bunkers 74
Forced Carries 60
This course/club is great for:
Wildlife/ Scenic Views 79
Advanced Golfers 72
A Weekend Splurge 49
This Course's Location is:
Worth the Drive 93
In the 'Burbs 37
Convenient to the City 30

Not like I remember them. Balls bouncing toward the cup?…….some kinda fungus! And I recommended the tee time. Very disappointing 😟

Always a good time at Verrado Founders. Greens not as good as last year. Good rate on Golf Now. Published rates too high.

Played Verrado right after a rain storm. Greens were still very good. Love the layout. Only draw back would be all of the construction on holes 1-8.

Enforced a 90 degree rule which was not necessary at all. Slowed down the entire course and waited every shot. Also greens were very rough. Not sure why they were so patchy.

Not a spray and pray course. Lots of bunkers, fairway and greenside, but if you can avoid them you can score well.

Greens were great and rolled true.

The day I played it rained for 6+ solid hours and was cart path only but the course was lush and drained fairly well. No complaints at all.

Grill was good, staff was friendly. Nothing but good things to say.

I have played the founders course at Verrado many times, and the condition is substandard in my opinion. The greens were patchy and putted very inconsistently. The dormant Bermuda rough was also in poor condition, and had the appearance of overwatering. I love this golf course and this condition was very disappointing and not worth the price paid. I hope they can correct these problems.

Played this course several times. We enjoy the layout and the challenging, but fair holes. Fortunately, we got a decent deal during the holiday week. The greens were decent pace, however very grainy with a couple different types of grass. Bunkers were horrible. Very little sand and extremely firm beneath the little sand. Not something your expect from a course of this caliber. Another PITA is their QR code procedure for signing the cart waiver. Whose brilliant idea? We got the first tee and the group we were paired with had not done that, so we waited till they completed filling it out. We had to download the QR application as we did not have it on the phone we did have. What do you do if you did not bring your phone? We were paired up with a twosome, one of which was only their 3rd time on a regulation course Thought we might be in for a 5 hour plus round, but give them credit for picking up several times during the round. Was still a 4 1/2 round, which is typical for this course.

Course in good condition except for the greens. Worst greens I have seen this year. Extremely bumpy, horrible to putt on, ball is off the ground more than it is on it. Wouldn't recommend for the price.

Clubhouse and staff excellent. The course has some awesome views. The greens were slow and bumpy but fairways were nice. Courses are getting a lot of play so driving ranges and tee boxes are showing a lot of wear. Not the best deal but definitely not the worst. I had a good time.

This is a challenging but fun course to play. For the most part the challenges are right in front of you to take on or avoid. The course also takes on a different personality from different tees. Love this course and well worth the drive if you are coming from the Scottsdale area.

Played Verrado many times. Very disappointed to see the condition of the greens. Possibly the worst greens ever played on on a good golf course. Staff of course said had no idea what I was talking about. Greens are great… They were sadly under seeded and looked as though they had a thousand ball marks in them the rye / Bermuda mix was so bad. Very disappointed. Will return in the future, but certainly not for several months and after confirming that things are better.

The greens were in poor shape… very bumpy and uneven. The green fees should have been discounted.

Nice course but not sure what everyone raves about

I was really looking forward to playing this course. I had read many of the great reviews and had also played the "sister" Victory course a few years ago. The course was good condition after overseeding and I played the first day that carts were allowed back on the course.
What I liked: Fairways were spacious and in good condition - Pace of play was excellent (4 hours for this time of year is great) - Check in people were very friendly - Green complexes were large.
What I didn't think was great - The putting surfaces were poor. Very fast downhill and very slow uphill. Almost no grass on the surface. For this price and quality of course I would expect much better greens. Even after overseeding. Almost like they cut them too short before the grass had time to grow in. If the greens do not improve a lot, I would not pay this price to play here again. - Roughs either were not overseeded or were not watered enough and were brown. Even lower quality courses in the valley mostly overseed their roughs.
The course raves about it being one of the top 50 you can play in the US. I am not sure it is in the top 25 in the greater Phoenix area. There are a lot of area courses I would rather play.
I don't want to give the impression that the course is not good, only that I have a lot of experience playing many courses in the Phoenix area and this one did not jump out at me as a must play. 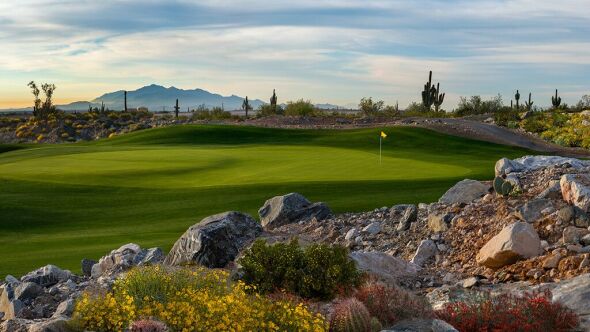 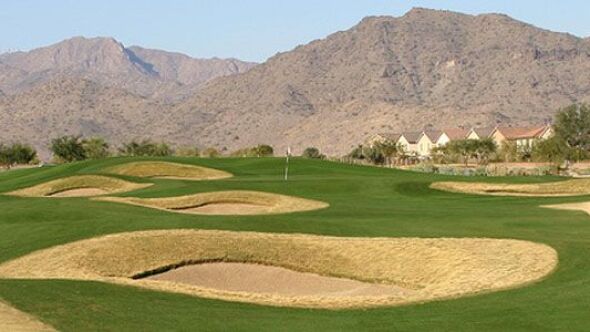 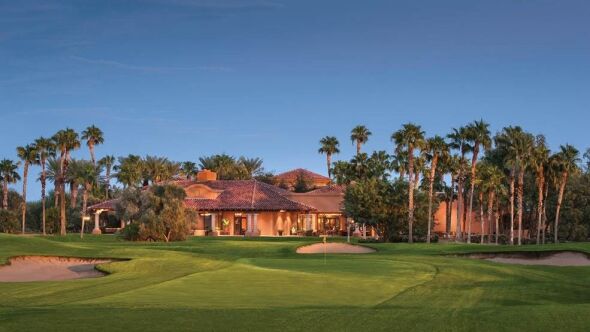 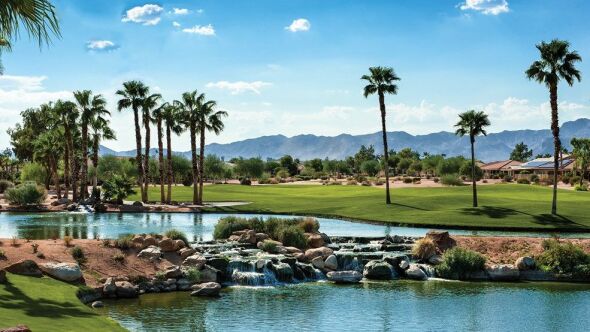 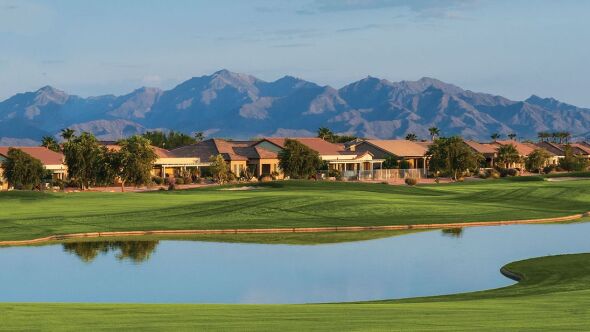 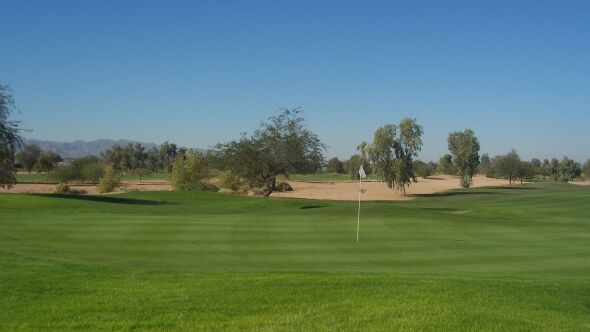 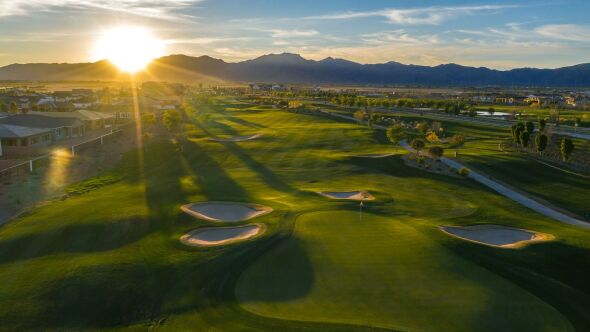 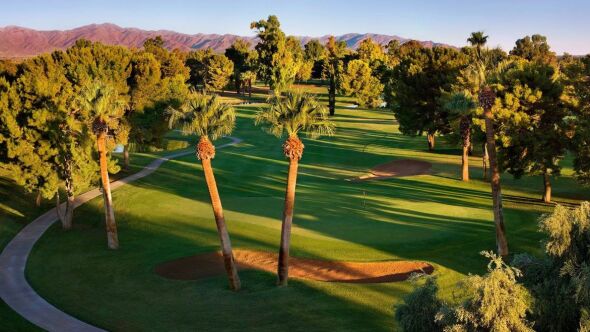 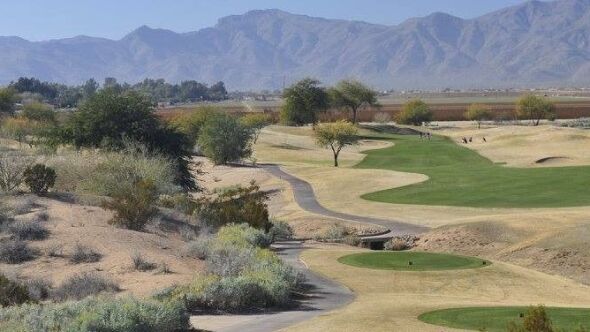 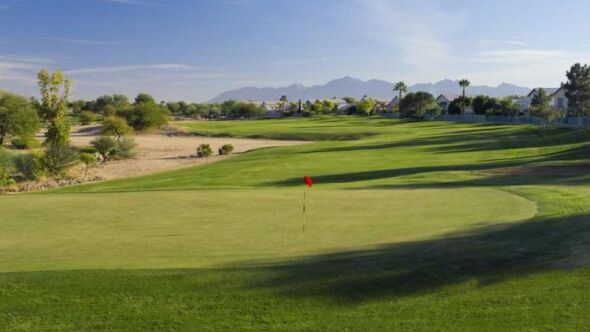 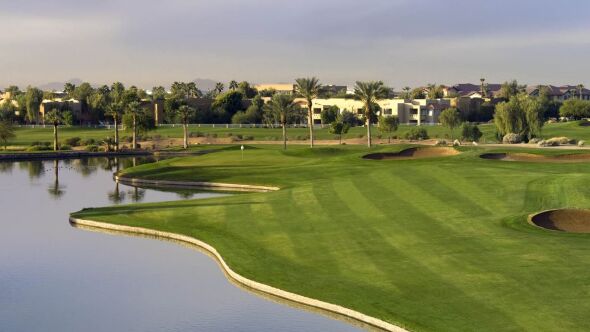 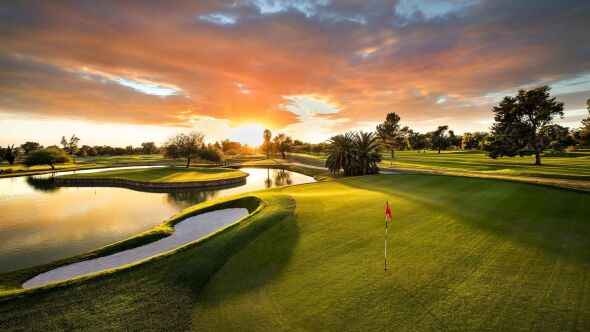 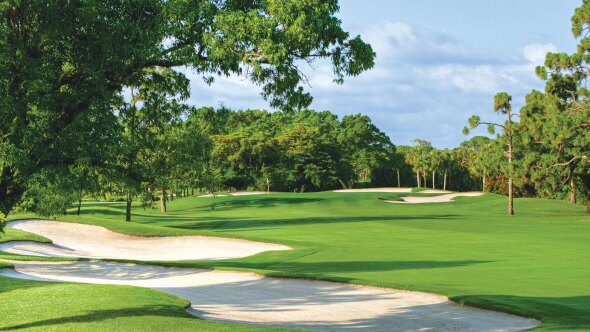 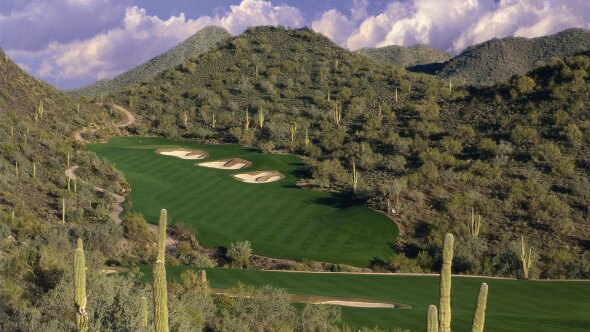 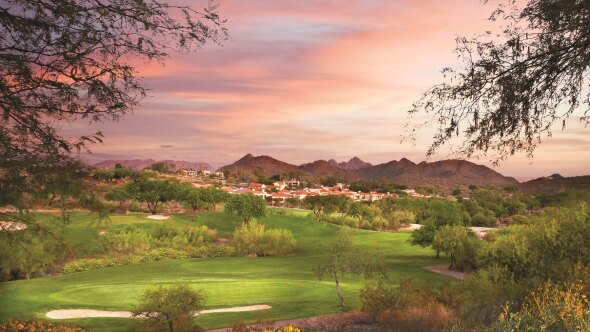 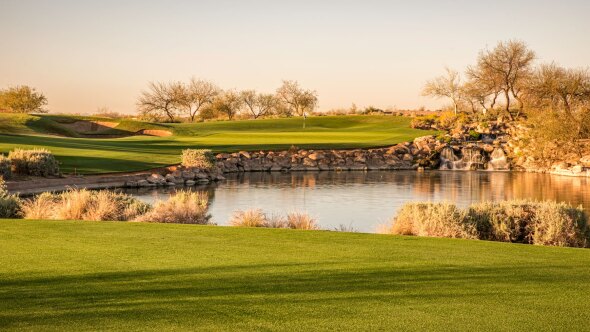 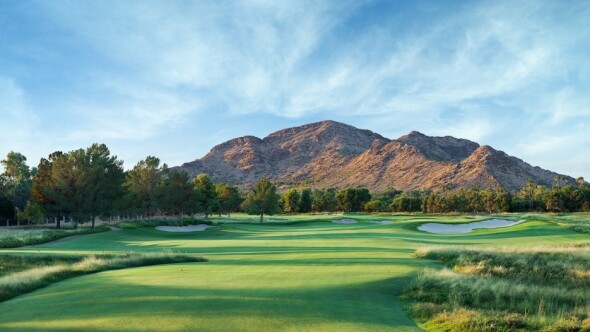 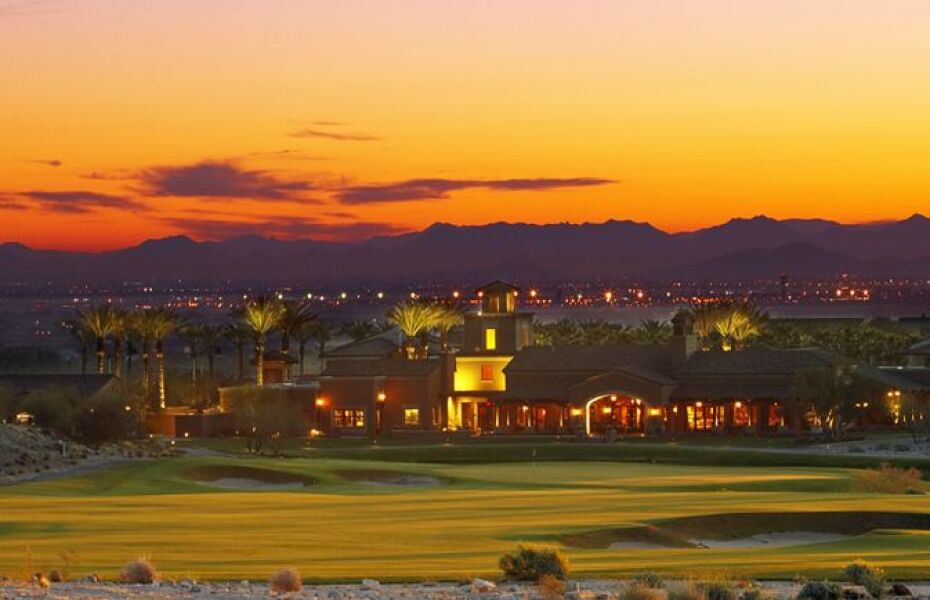 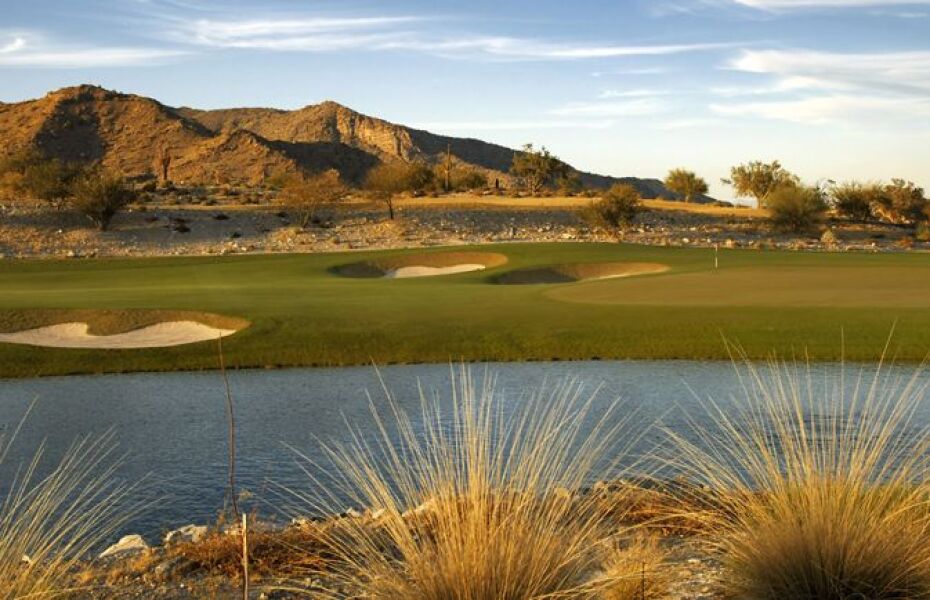 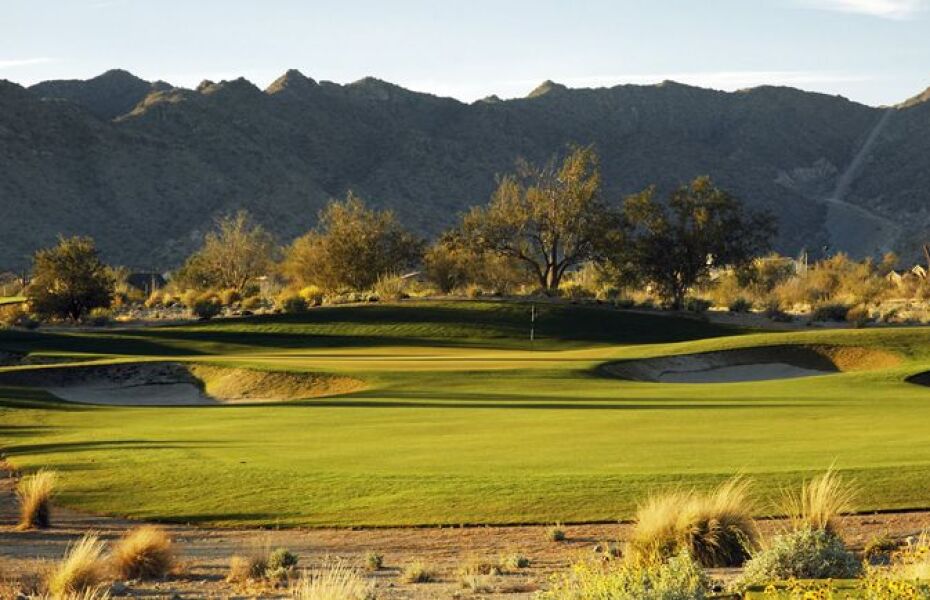 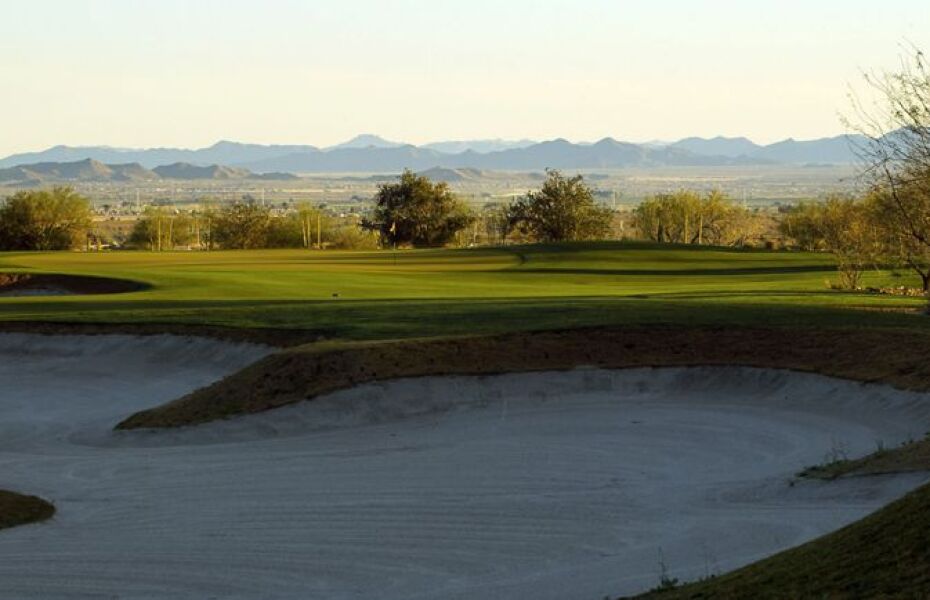 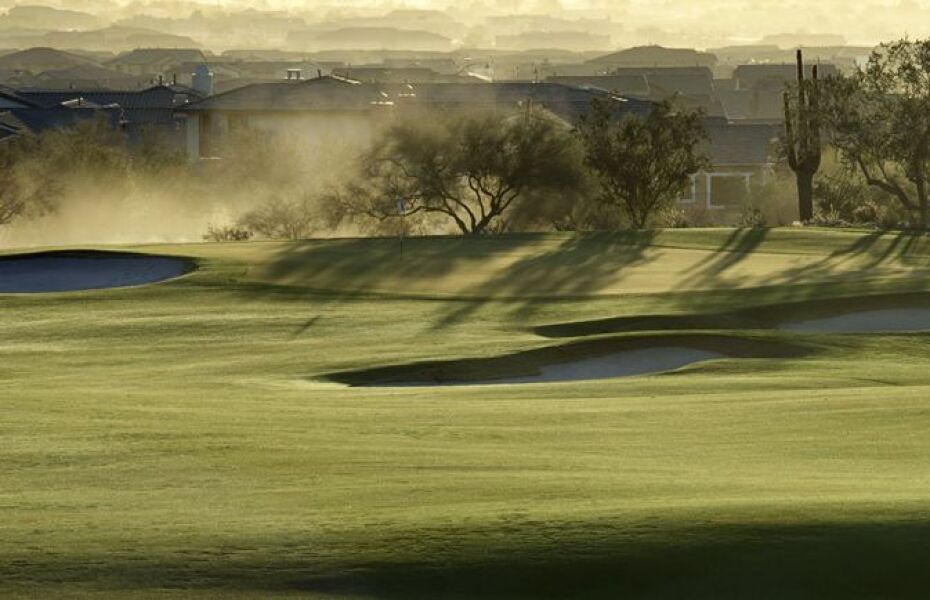 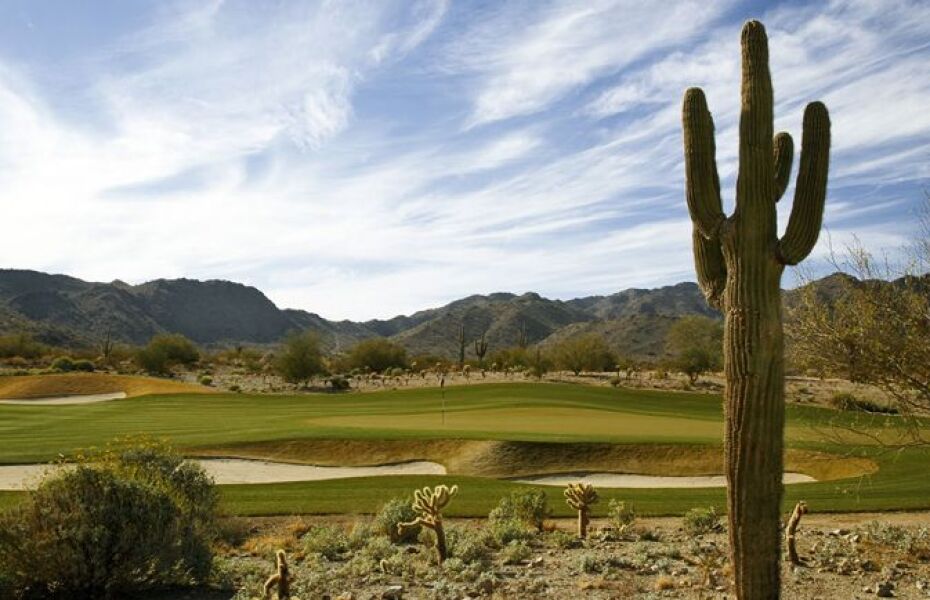 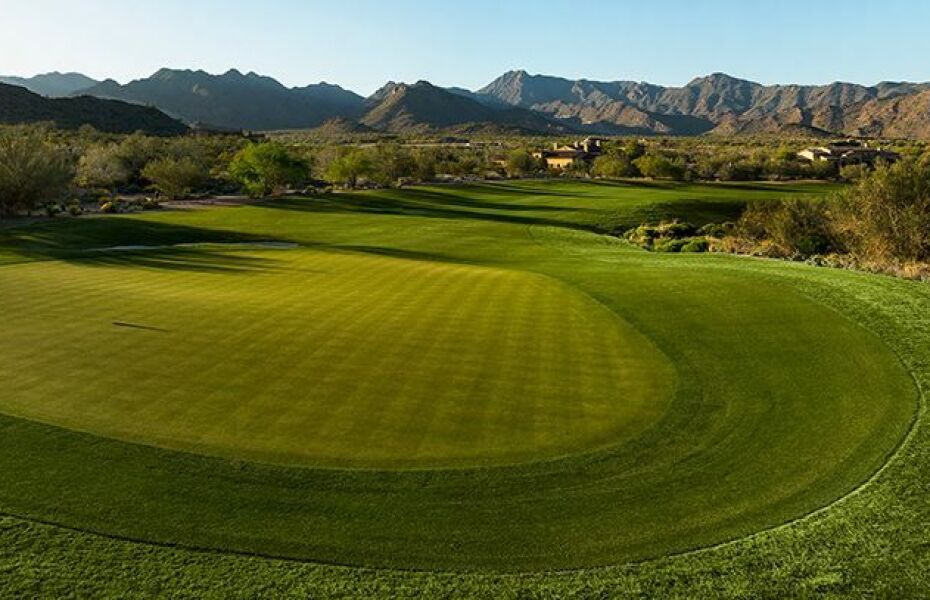 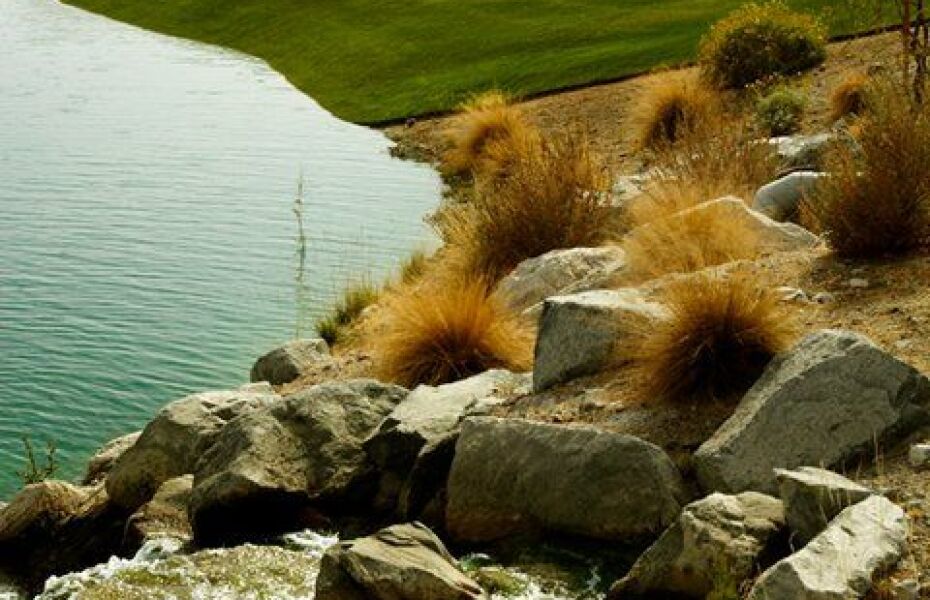