Challenging course but in good condition

Anonymous
Played On 08/16/2020
Skill Beginner
Plays Once a week
I Recommend This Course
5.0
Previously Played

Been playing here a for a few years now as it is my home course and it never gets old, I’ve played a few times on the academy but mostly on the championship course, the course is a difficult one but has some really great holes, has a nice view over London on a few of the later holes, be warned the fairways can be quiet thin so be careful if you’re a well known slider! The greens and fairways are always very well kept and the greens run quiet fast.

I’m not the greatest golfer and have mostly been playing just this year as I stopped for a good while but I am progressing very well, I am looking forward to my upcoming lessons with Adam who will hopefully massively improve my game, the good thing for beginners is on the academy course the club does not neglect the fairways or greens, they are always well kept and up to scratch just as good as the championship course.

The food at the club house Is really good, and the little pro store is great. The prices are fair as it’s a fairly lengthy course, closing out with a lovely par 3 that I almost made a hole in one on!

The pros who teach here are very good also, my father has been taught for years by Tim who is a PGA professional, and a friend of mine Adam also teaches here, they’re both excellent teachers with very good prices, the range is great and they also do a happy hour usually at 12pm and 5pm if I’m not mistaken, the range can get very busy so If I was you I’d come early rather than later!

Look forward to playing back here again this Thursday!

An ok course BUT !

An ok course in itself BUT the management and staff are a different story, they are in my opinion totally rude and unhelpful to the point of being confrontational to customers. This is clearly your typical money oriented golf club and here is why I say this, I had a issue regarding my son, he’s 16 years old and and a decent 18 handicapper, we’ve played at Pedham regularly over the years and knew the clubs policy (not law) during the pandemic was/is 1 person only per buggy, which I fully understand, the problem was that my son had a ruptured ACL (knee) at the time and was awaiting an operation so could not walk far without being in great pain, when I asked if they could make an exception and allow him to share a buggy with me (his dad who he lives with full time) I was flatly told “no it’s policy” I then explained that he is an avid sportsman but the only thing he has been allowed to play by his surgeon is golf providing he doesn’t walk too far or carry his clubs, I also offered to to provide proof of his injury and upcoming operation by way of a letter from his surgeon.
Now baring in mind he isn’t allowed to drive a buggy himself (too young) and he couldn’t walk far without great pain I didn’t think it would be too much to ask for the club to make an exception in this case, well unfortunately I was very wrong and we were told very abruptly he can’t play unless he can walk the course, no exceptions, no understanding, no consideration nothing. They seriously lack any kind of empathy or understanding of there customers needs and are unwilling to try and help.
I would also like to point out that less than 2 hours after this happened I witnessed and have video evidence of two of there reception staff driving round the course (both in the same buggy without masks) checking that nobody was sharing a buggy (you couldn’t make it up), which again in my opinion is clearly the very height of hypocrisy !
A very very poor show indeed, in short if you require help or have any kind of special needs or disabilities when wanting to play golf at this club it would be best to avoid ! avoid ! avoid ! at all costs because they simply don’t care !

Title says it all!
Great course in good condition for time of year but like many other courses in Kent it won’t be about much longer

Very tricky course, Immaculate Green very fast, lovely play will go back when not so dry

good and only getting better

• great pace of play
• played in scorching heat, yet the greens were just perfect

Avoid peak times if you can

Like most courses around London play on this course can be very slow if you have to visit at peak times (essentially mornings). But this is true of even the most expensive clubs we have.
Good points at Pedham Place are its drainage (on chalk and hence playable almost anytime), its "links" design (if you want trees, don't play Pedham Place), its excellent driving range/practice areas/practice course and its value offerings in the afternoons.
My most recent round was in fine weather and the course was almost recovered from the winter with only a few rutted areas on tracks between holes caused by inconsiderate buggy users. Tees, fairways, rough and greens all in good condition or better.

one of the good rounds

• course was in perfect conditions
• greens were as pure as ever, maybe just a hair firm
• course was quite empty at 3pm, so the pace of play was perfect
• enjoyed it massively!

• pace of play was monumentally slow, and it gets a bit like that most of the time. this is not because of the high numbers number of players going out at the same time, it’s because they have no course etiquette, and i never saw a marshall on the course
• a guy wearing Timberlands, jeans and a leather jacket was playing behind us
• must have played there about 20 times, every single time pro shop staff acts like they were doing me a favour “allowing” me to play there

I have played this course since it first opened, and it has improved every time I go back there. It's like a in land links not a lot of trees, so wind and bunkers come into play. I look forward to my next visit.

tee time moved from what was booked on teeofftimes without notice - 4.5 hour round on scabby scalped fairways and poor greens - "members rude on first tee - one wearing jeans" staff unapologetic in shop for moving tee time - finished in poor light due to pace of play - not a marshal in sight . we also had 2 ball behind teeing off while we were still on the green on a par 3 - mind you judging by their swings that was the safest place to be. Used to like this course will not go back till they sort themselves out - extremely poor

Played in November at 12:15 so expected we would get round if it took 4 hours or so. Course was empty for the first 3-4 holes so started quickly (we were 2 in a buggy) but then we hit the brick wall. There were 2 or 3 groups queueing on every tee, and the 2 four balls behind us caught up and were waiting for us in the end. One of the guys queueing in front said he called to pro to try and speed things up but he was nowhere to be seen.

We walked off after 8 holes, it was only 2 hours which is not bad to be fair, but that was 30 minutes for the first 4 and 1 1/2 hours for the next 4. Had we stayed on it would have been a 6 hour round and there's no way we would have finished. We tried to cut ahead and play the last couple of holes but it was jam packed all the way.

In the shop the woman told us that they tell people to allow 5 hours for a round on weekends, but she said she'd ask the pro to give us a call. He rang later that day and said it was perfectly normal, 2 hours for 8 holes was OK (which it is, but he ignored the fact we started quickly) and that he didn't think having a queue of 2-3 groups on each tee was unusual.

There's plenty of good courses in the area and Pedham is neither good enough or cheap enough to put up with a 6 hour round. Fair enough sometimes you have an off day with a big society or something but the pro seemed to think it was business as usual there so thought it would be worth warning others.

Although the rain this October has meant some courses have become tacky or muddy, the chalk under Pedham Place has done its usual job and there is no sign of deteriorating conditions. In fact the rain has given the course a second lease of life, and both fairways and greens are in excellent shape. Add to this the absence of autumn leaves in which to lose a ball (there are no trees in sight) and the post-summer manicuring of the rough, it was a great pleasure to play. I like this course at any time of year but it is now in peak condition.

Nice tee box. Good fairways very good greens.
Then I played it was dam windy lots of blind tee shots and dog legs too Good nic though. I would recommend to play with a member or take a course planner. I played on my own and didn't know where I was going halve the time.

I was really impressed by the greens. The fairways are manicured to perfection and the greens are brilliant for putting. Highly recommend

First round here and gave us all a challenge. In windy conditions. Many holes blind pins off the tees. Greens are tricky some big slopes in them. Green approach crucial getting on right tier. Range and putting green for warm up. Good facilities. Small bar area for after.

HGPTW
Played On 10/14/2016
Reviews 3
Plays Once a week
I Recommend This Course
5.0
Previously Played

Reviews have not always been very positive about Pedham Place but we loved it! A lot of blind pins and sharp doglegs require considerable thought and course management , yet the fairways are generous enough to 'give it go' too!

The greens were extremely quick but well manicured and true.

The buggy paths are a little dilapidated but that's a small point.

If this was a private club, it would have a much stronger reputation! Lovely.

We will all return. 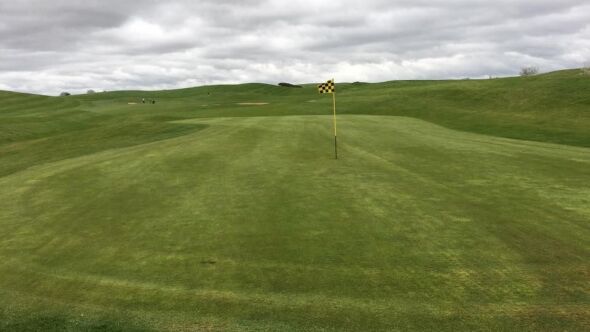 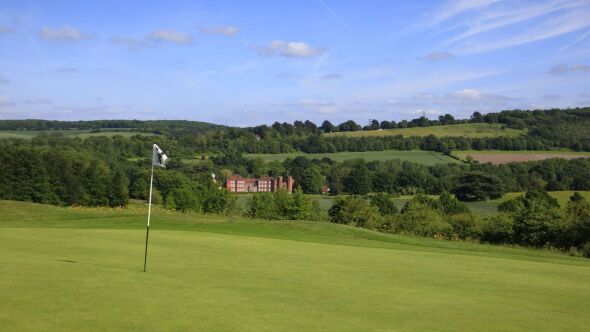 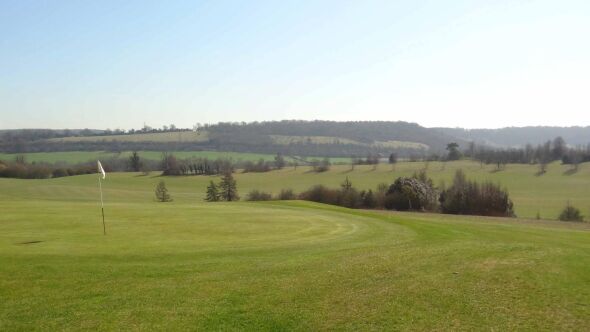 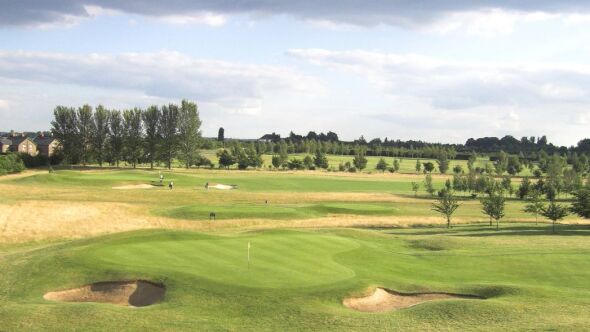 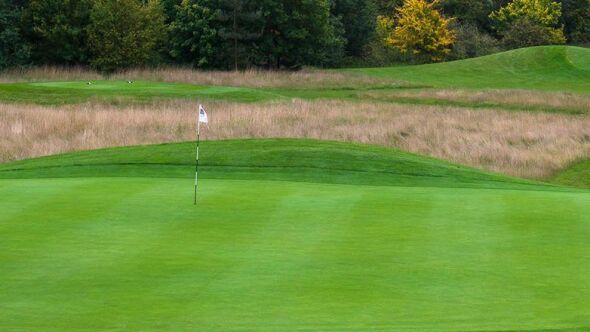 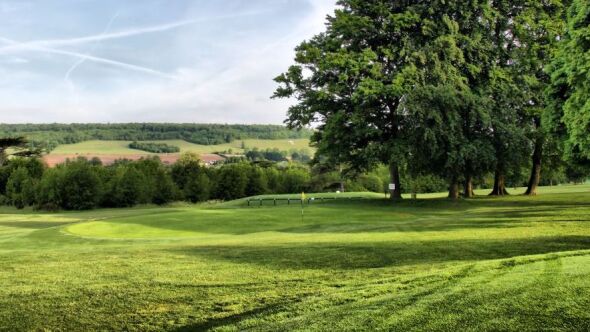 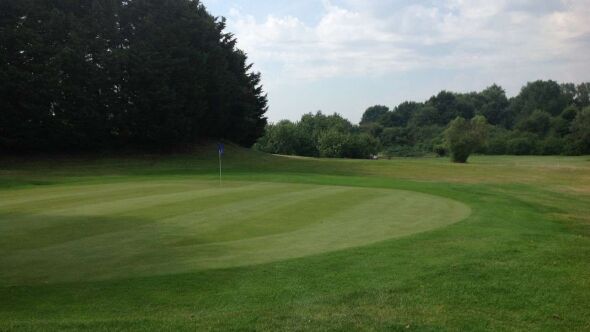 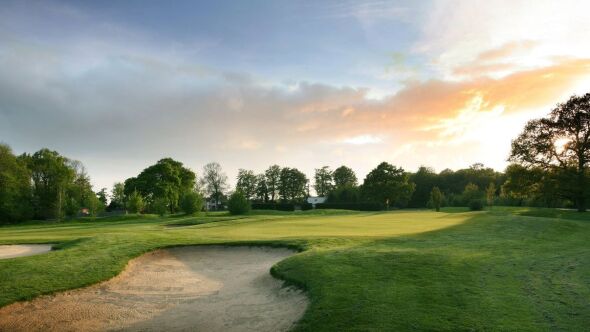 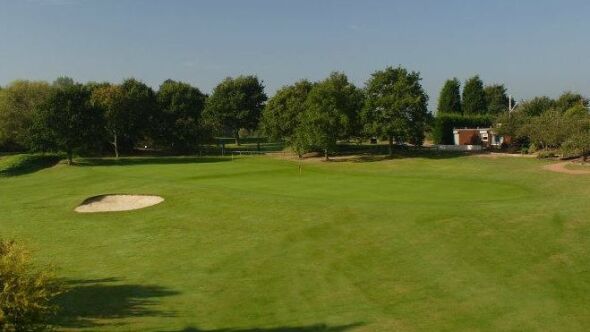 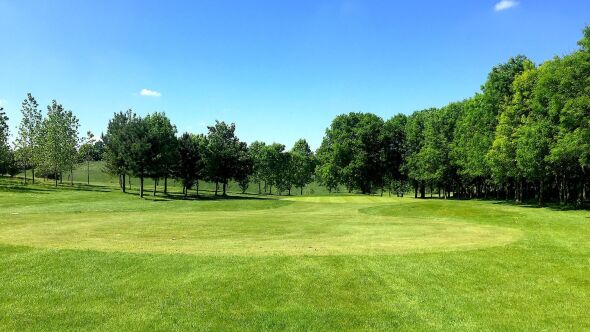 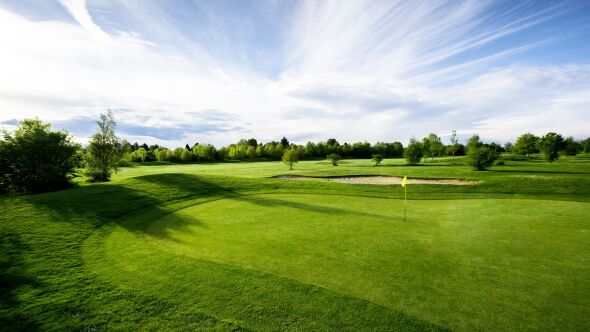 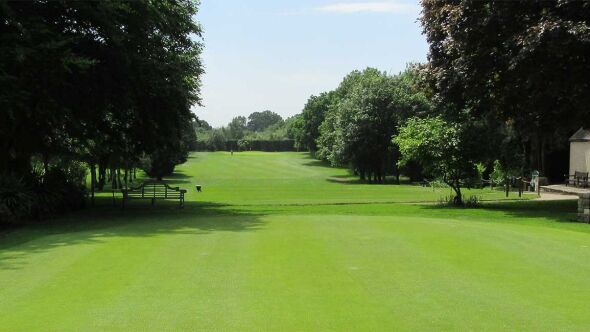 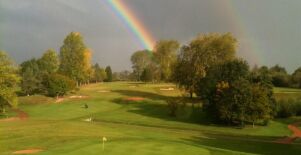 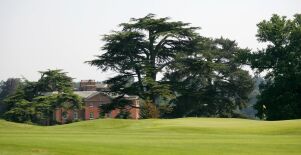 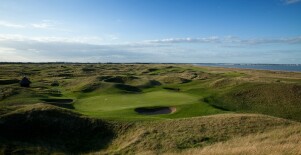 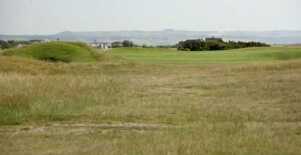 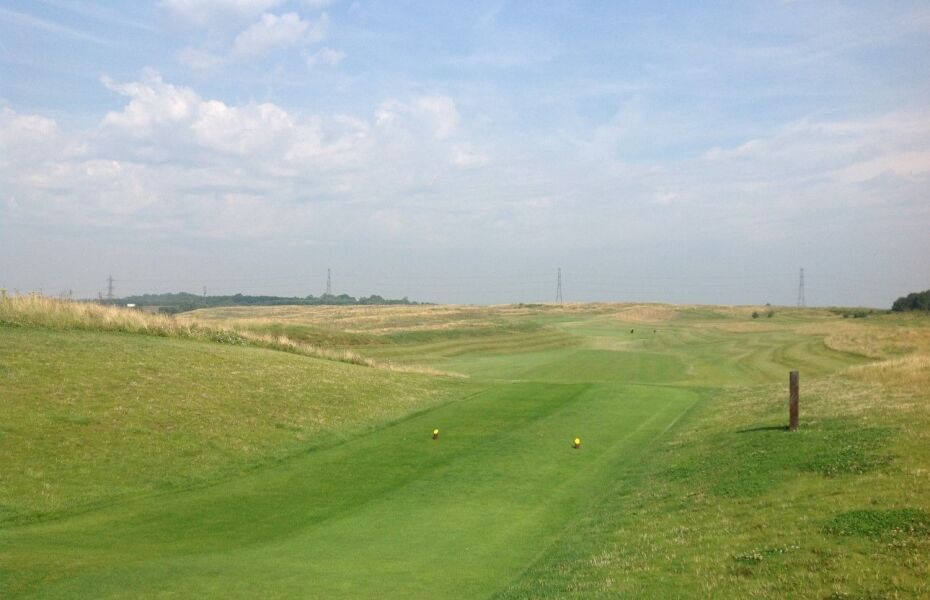 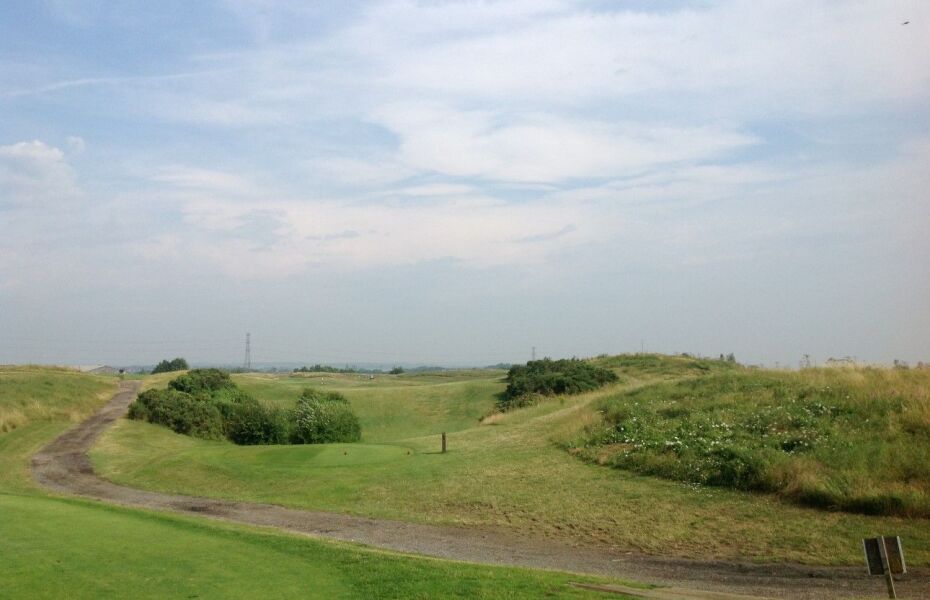 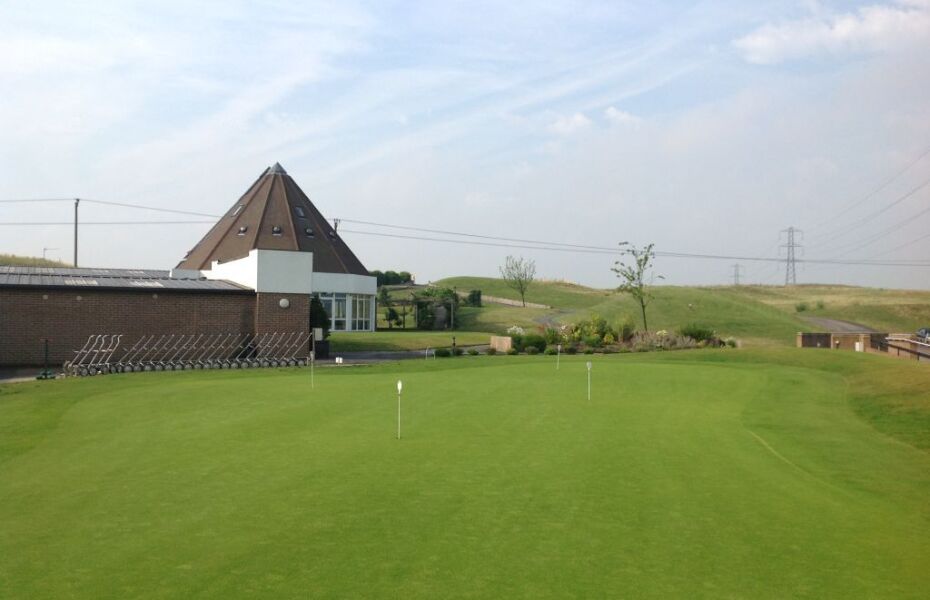 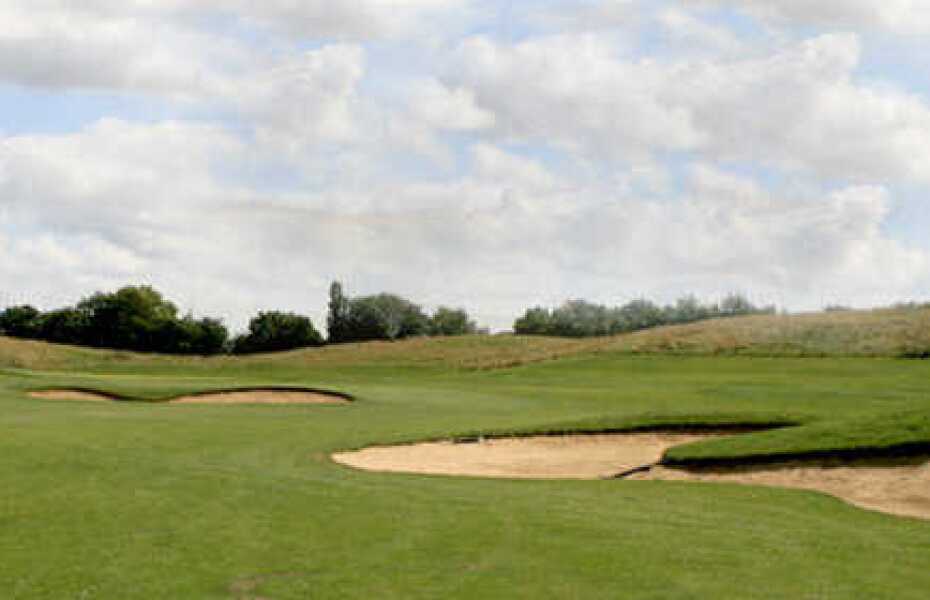