Adare Manor: Ireland's playground for the stars at the JP McManus ProAm

Adare Manor: Ireland's playground for the stars at the JP McManus ProAm

The JP McManus ProAm - available live July 4-5 on GolfPass - will provide a glimpse of the 2027 Ryder Cup course and the state of Tiger's game before The Open at St. Andrews.

There are two unofficial golf events held in standards almost as high as a strong PGA Tour event. They are the Seminole Member-Guest, which attracts dozens of elite pros, and the JP McManus ProAm. The difference is the JP McManus ProAm attracts a big crowd at Ireland's lavish Adare Manor, whereas Seminole's shindig is very private.

The return of the JP McManus ProAm after a 12-year hiatus is big news in the golf world. It will not only provide a glimpse of the newly remodeled Adare Manor, host of the 2027 Ryder Cup, but a sneak peek of Tiger Woods as he prepares for The Open on the Old Course at St. Andrews July 14-17.

The 2022 JP McManus Pro-Am featuring Woods, GolfPass Co-Founder Rory McIlroy, World No. 1 Scottie Scheffler and other stars will be live-streamed on GolfPass for the first time. Stream it live Monday, July 4th and Tuesday, July 5th starting at 9 a.m. EST. GolfPass has partnered with NBCUniversal's Peacock to showcase more live golf than ever. To join GolfPass and watch the event, click here. 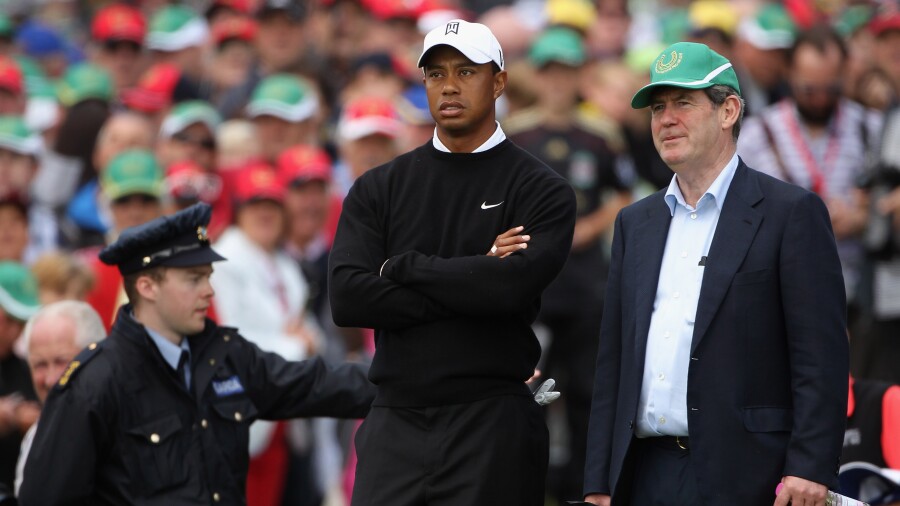 Tiger Woods stands with JP McManus during the first round of The 2010 JP McManus Invitational ProAm at the Adare Manor Hotel and Golf Resort. Andrew Redington/Getty Images 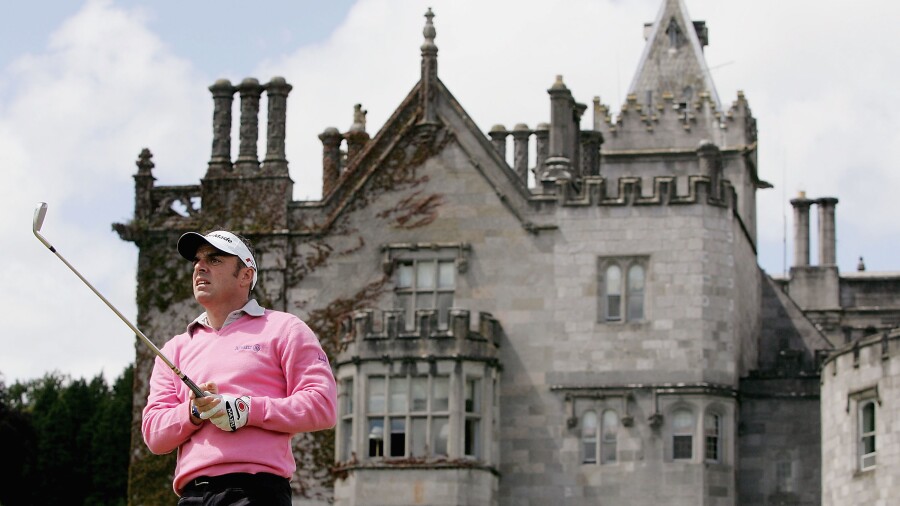 Paul McGinley of Ireland tees off on the 16th hole with The Manor House in the background during the first round of the JP McManus Invitational Pro-Am event on July 4, 2005. Andrew Redington/Getty Images 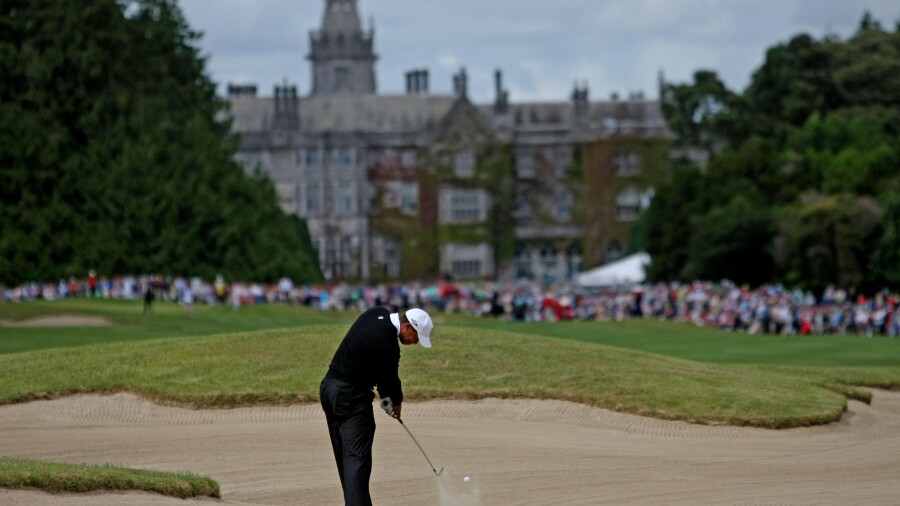 More than 80,000 spectators attended the last hosting of the 2010 Pro-Am. All eyes will be on Woods, who withdrew from the PGA Championship and skipped the U.S. Open in his ongoing attempt at a comeback following his devastating automobile accident in February 2021.

The proam has helped raise more than €140 million for charitable organizations in the Mid-West region of Ireland since its inception in 1990. All funds raised are distributed in their entirety to the beneficiaries.

Another reason to watch is to soak up the beauty of Adare Manor. The historic 104-room Adare Manor reopened in 2018 after a two-year-long, multi-million-dollar expansion and restoration, followed by the newly refurbished course in spring 2019. Tom Fazio's upgrades of the playing turf and infrastructure of Robert Trent Jones Sr.'s original design helped McManus, the resort owner, land the Ryder Cup. It's Ireland's first since Europe's beat-down of the Americans at The K Club in 2006.

Sand-capped fairways and cutting-edge SubAir technology have solved drainage issues that once plagued the course set on the River Maigue. The two-time Irish Open venue (2007-08) is now immaculate and charges golfers as such. It commands the highest green fees in Ireland (€395 or roughly $416) with the golf cart hire (€60/$64) or a caddie (€75/$79) pushing the total cost higher.

Every pro-am participant will be well cared for during the event. The original manor is a unique Neo-Gothic mansion called a "Calendar House," named for its 365 stained-glass windows for each day of the year, 52 chimneys for each week, seven pillars in the lobby for the days of the week and four towers to mark the seasons. I spent the night there years ago, and it's spectacular.

A new 42-bedroom wing, a 350-guest ballroom and the La Mer Spa (one of only 11 in the world) were added to Adare Manor during the renovation. Each bedroom was individually designed, paying tribute to the creative force behind the original Manor built in the 1830s – Lady Caroline Dunraven.

Guests can dine by candlelight in the Oak Room or join the live Irish music in the Tack Room bar. Outside, the walled gardens and manicured trails around medieval ruins have all been enhanced as well. For many local Irishmen and women who can't afford to play Adare Manor, buying a ticket to watch the best players in the world tee it up there is probably the next best thing. For Americans, watching on GolfPass will still provide a glimpse into one of golf's most unique events.