Late last week, the National Oceanic and Atmospheric Administration (NOAA) released its latest forecast for the upcoming winter season, and if you’re thinking of planning a golf trip for the coming months, you’ll want to pay attention.

NOAA predicts an 87% chance of a La Nina cycle this winter, particularly from December 2021 through February 2022. Scientists are calling this coming cycle a “double-dip” because it will mark the second consecutive winter in which La Nina conditions are expected to develop.

What is La Nina?

La Niña is here! And for the second straight year, it is expected to last through the northern hemisphere winter. Find out more at the ENSO Blog!https://t.co/ErmvatEtjp pic.twitter.com/ZfakWfeJGW

Meteorologists use the term “La Nina” to refer to a period, typically during the winter, when the equatorial waters at the surface of the Pacific Ocean remain more than about half a degree cooler than normal for several weeks or months.

By contrast, “El Nino,” which you have probably heard of, is the opposite: an extended spell when those same Pacific waters near the Equator are roughly half a degree or more warmer than average.

Both of these cycles are part of the El Nino Southern Oscillation (ENSO), and can cause abnormal – severe – departures from expected winter weather across North America. For example, the El Nino winter of 1997-98 caused torrential rainfall and mudslides in California, as well as an unusually active Pacific hurricane season.

Broadly speaking, the departures from typical winter weather throughout North America during a La Nina cycle run counter to what emerges during an El Nino cycle. For reference, here is an article I wrote in fall 2018, heading into an El Nino winter.

Here is what golfers living in and traveling to various regions of the United States could be in for this winter season. Keep in mind that weather forecasting is not an exact science, and single-day weather can be a mixed bag. But over the course of the season, here are the highlights:

La Nina’s effects on the jet stream could have it hovering more over this region than usual. Ultimately, the cycle should cause winter weather here to lean cooler and wetter, which could provide golfers a bit extra motivation to head out on a golf trip.

Good news here for golfers. Typically, practically the entire southern half of the United States has a warmer and drier winter when La Nina prevails. Along the east coast, this extends from Virginia and the Carolinas southward. Florida should be as reliable as ever during its prime season, and golfers who might normally be unsure whether to roll the dice on a dead-of-winter trip to destinations a little farther north – Pinehurst or Myrtle Beach, for example – might find their gamble pays off this year with mild winter weather.

La Nina tends to make the upper Midwest wetter and colder, which will likely mean a repeat of last year’s particularly snowy winter around the Great Lakes. Golfers: don’t bet on many bonus days on the shoulders of the season and get ready to fly south. Out over the southern Plains, however, temperatures should be a little milder than normal.

Because La Nina shifts moisture north, Washington, Oregon and Northern California could see more rain than in typical winters. If you’re looking to take advantage of the lower off-season rates at Bandon Dunes Golf Resort, make sure your rain gear is in good working order and pack an extra base layer to be safe.

The same warm and pleasant weather that should make the Southeast’s golf destinations particularly attractive this year should do much the same for the Southwest. That said, the region is still enduring a protracted drought, and because La Nina shifts typical North American winter storm patterns to the north, it could further reduce the Rocky Mountain snowmelt and runoff that ultimately provides states like Arizona with a great deal of water. Whether this will affect golf courses’ overseed schedules or general course conditions remains to be seen. If you do venture to the desert, please review the courses you play for the benefit of your fellow golfers.

The Aloha State is hundreds of miles closer than any other to the actual source of La Nina’s effects. The cooling of Pacific waters typically has two fairly predictable effects on the weather: stronger and more persistent trade winds and the chance for increased rainfall, especially on the leeward sides of the islands when the winds are strong. Also, if you typically plan on combining golf with surfing in Hawaii, you are likely to be disappointed in the latter. La Nina tamps down waves, unfortunately.

Golfers with their eye on a Caribbean vacation should be encouraged in La Nina years, as the typically dry winters throughout the region tend to be accentuated by the cycle. That said, looking beyond the winter, La Nina years do tend to also cause a wetter wet season.

Those eyeing the British Isles for a contrarian golf vacation play this winter should exercise some caution, as La Nina, though based thousands of miles away, can have ramifications in England, Scotland and Ireland. Actual results may vary based on a given cycle’s intensity, but in general, La Nina makes this region a bit cooler than normal while also increasing the chances of heavy rains.

Take this with a grain of salt

AccuWeather’s long-range winter forecast, released in late September, suggests this year's La Nina cycle will be a little weaker than last year’s, so don’t expect a complete re-run of last winter’s patterns. For example, the strength of last year's La Nina cycle delayed the beginning of typical cold winter weather in the Northeast. This year, the golf season may not get such a large extension.

Are you planning to travel for golf this winter? What destinations are you targeting? 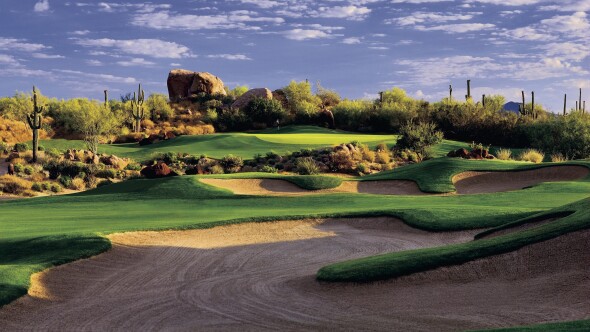 Arizona Golf Packages
A dream golf destination in America's southwest, there are many ways to experience spectacular golf here. The Phoenix-Scottsdale mecca boasts 200-plus courses and an array of world-class resorts and spas. Or, experience scenery and seclusion in smaller Tucson. Summer golf can be comfortable too in high-altitude climes like Sedona and Flagstaff. Name your game and Arizona's got a package for you. 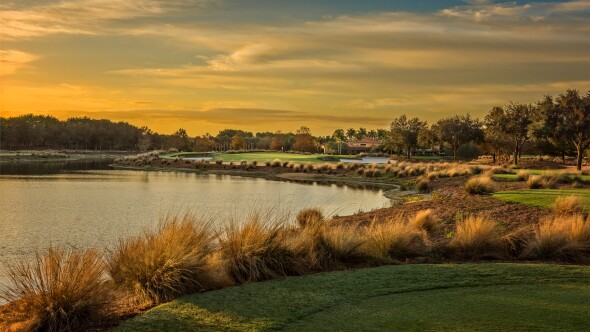 Florida Golf Packages
Florida, marketed as the “Sunshine State”, can brag that its climate is perfectly suited for golf year-round. Summers can be steamy in certain places, but warmer winter weather attracts snowbirds from around the country who want to get outside and play. Florida boasts more golf courses than any other state, despite ranking only 26th in size. More than 1,000 golf courses call Florida home. They range from the oldest, the private Belleair Country Club (dating to 1897), to the newest, Streamsong Black, a linksy resort layout by Gil Hanse that opened in central Florida in 2018.
Travel TipsGolfPass News