Clubs at the prestigious links are raising green fees, but Brexit woes are a boon for overseas golfers

The Open keeps growing in attendance, viewership and purse size. The same can be said for the popularity of the venues - all of which provide some level of public access. That is of course something that can't be said for the three U.S.-based majors.

An examination of the visitor policies of the rota shows that the clubs are continuing to raise their green fees, but that is in large part because of the weakness of the pound versus the U.S. dollar. Posted 2020 green fees are £5-25 more year-over-year, though, in the case of 2018 host Carnoustie, they will soar £42.

Just because the green fees are rising, it doesn't necessarily mean the courses are getting more expensive, so long as your bank account has the right currency, and right now, Americans do. Consider the recent exchange rate trend of the USD vs. the British Pound. The dollar has continued to gain strength, so even if U.K. clubs are gradually raising their fees, it's not translating to foreigners, and especially Americans, paying more.

Case in point: 2016. The Old Course in St. Andrews was £175 that year and if you paid to play right before the pound crashed after the Brexit vote at a $1.47 exchange rate, your round would have cost $257.

Here is a breakdown of what the current rota courses cost in 2019, and most have already posted green fees for summer of 2020. Some courses offer shoulder season rates in April and October. over the years, it seems the April and October shoulder seasons have shrunk at many courses from one month to two weeks or even gone away entirely. For some comparison, Prestwick Golf Club, the original home of The Open in 1860, is currently charging £195-225.

We've sorted the rota by cheapest to priciest summer fees in 2019. Caddies are extra, and good luck hiring a golf cart.

Brandon Tucker
Brandon Tucker is the Sr. Managing Editor for GolfPass and was the founding editor of Golf Advisor in 2014, he was the managing editor for Golf Channel Digital's Courses & Travel. To date, his golf travels have taken him to over two dozen countries and nearly 600 golf courses worldwide. While he's played some of the most prestigious courses in the world, Tucker's favorite way to play the game is on a great muni in under three hours. Follow Brandon on Twitter at @BrandonTucker and on Instagram at @btuck34.
5 Comments

I remember reading an article in Golf Digest in the early 70's about the Old Course...at that time the greens fee was fifty cents!

So far I have played all those except for Birkdale and St George's. Also played Royal County Down, Prestwick, Royal Dornoch and Scotland's top 20. Little Shiskine on Arran and Cruden Bay are a couple of my favorites as well as Machrihanish, Aberdour, Brora, and 60 others! Can't get enough of courses in England, Scotland, Wales, and Ireland.

I've never played in the UK. What does it mean when you say "most visitor play is in the 2-ball format and only on Tuesdays are fourballs permitted."?

Means a 2-ball format is alternate shot. Four-ball you play your own ball. 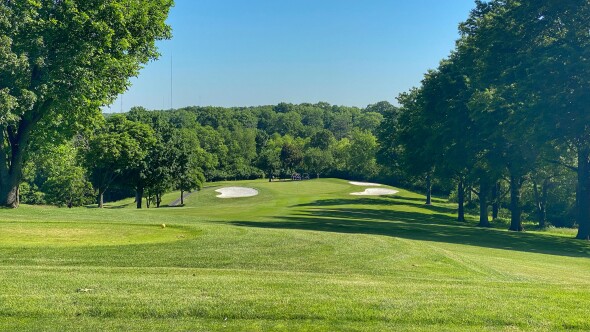 Kira K. Dixon
Lifestyle Correspondent
Now Reading
What it costs to play the golf courses of the Open Championship rota
New Cookie Policy
WE AND OUR PARTNERS USE COOKIES ON THIS SITE TO IMPROVE OUR SERVICE, PERFORM ANALYTICS, PERSONALIZE ADVERTISING, MEASURE ADVERTISING PERFORMANCE, AND REMEMBER WEBSITE PREFERENCES. BY USING THE SITE, YOU CONSENT TO THESE COOKIES. FOR MORE INFORMATION ON COOKIES INCLUDING HOW TO MANAGE YOUR CONSENT VISIT OUR COOKIE POLICY.
CONTINUE
Search Near Me