Even still, the new PGA Tour stop remains one of the better values on the schedule.

One of America's newest "too-good-to-be-true" green fees is becoming, as of March 15th, officially too good to be true. At least for non-residents.

Houston's Memorial Park Golf Course, ambitiously rebuilt by architect Tom Doak into a PGA Tour-worthy venue with $15+ million from the Astros Foundation, reopened to fanfare in 2019 with an am-I-reading-this-right? under-$50 green fee. The kicker was that unlike famed Bethpage Black or Torrey Pines South or TPC Harding Park, non-residents had the exact same booking privileges.

Upon reopening, tee times could only be booked within 72 hours of the day of play and the sheet was often full in minutes. This is, after all, an affordable, pro-grade layout in the urban core of one of the ten largest metro areas in the country.

Considering how few PGA Tour venues can be played for under $150, a round on one for under $50 felt like a misprint. Well, as of this month, the offer is running its course. The City of Houston golf courses emailed its subscribers recently notifying them that starting March 15th, Memorial Park is moving to a new tee time system and one that will allow for resident and non-resident pricing and bookings.

Houstonians, your Memorial Park green fees still look marvelous: $38 walking on weekends and just $30 weekdays. You will need to apply for a resident card, show proof of residency and supply a photo. Instructions here.

Non-residents, get ready to pay a premium $120 weekday, $140 weekend. I know, it's a bit of a gut punch compared to the status quo. But rest assured that's still one of the better values on the PGA Tour schedule, about in tandem with TPC Deere Run in the Quad Cities. It's $5 more than the previous Houston Open venue, the Tournament Course at the Golf Club of Houston (currently $135 online). Residents and non-residents can now book Memorial Park up to 14 days in advance. (Hoping to book before the fee change? There are some limited twilight times available thru the 14th for $21-28).

At marquee American munis, it pays to be a local

We've covered America's four "major munis" in recent years: Torrey Pines South, Bethpage Black, Chambers Bay and TPC Harding Park. Each course was built for, or extensively renovated to host a major championship and draw golfers from all over the world into town. Memorial's new rate structure appears to be taking a page out of their well-established book of providing exceptional value to locals while charging market premiums to non-residents.

Of these five elite municipal courses, the most "underpriced" for non-residents would have to be Bethpage Black. While the other four's green fees are in line with their market's highest-priced resort rounds, in New York City, Bethpage's non-resident fee commands $75 less than Ferry Point (another upscale muni).

Memorial Park doesn't have the views of Torrey Pines or Harding Park, nor the scale of Chambers Bay or Bethpage Black, but it is an elite course design. Personally, as a huge fan of city parks, playing a well-cared-for muni in an urban park whose environs are also being extensively renovated makes me feel good about its residents' priorities. The new course design by Doak and player consultant Brooks Koepka has much more interesting greens and significantly improved drainage, and only 19 bunkers (down from more than 50 in the previous version). The tour pros appear to have accepted it as a venue following its initial staging. Locals love the driving range, which has been expanded and is a double-decker, lit range selling balls until 8 p.m. and the pro shop, while modest, has enjoyable burger fare at Beck's Prime.

A golf course doesn't necessarily have to be a muni to offer a huge gap in fees between locals and tourists. The greatest example is in Hawaii, where getting the 'ka'amaina rate will save you big anywhere you go. At resort courses these local rates given to those who can prove residency typically go unpublished and you must be prepared to book within three days during busy times, but the discounts are substantial. At Kauai's famous, oceanfront Wailua muni for example, residents pay just $20 while tourists can walk for $60.

The TPC Network operates Harding Park on behalf of the City and County of San Francisco, but two other public-access TPC network courses on the PGA Tour schedule deliver value to locals by way of a players card. TPC Deere Run promotes a $59-69 local peak season rate. Another spot where locals tend to get a pretty good deal is in New Orleans. PGA Tour venue TPC Louisiana sells a NOLA card that for about the cost of a peak non-resident time ($249) gets you a first round with just cart fee followed by unlimited throughout the season for $64 per visit. The recently built South Course at Bayou Oaks in City Park gives locals over $40 off ($86 vs. $129) compared to visitors.

At most munis and public facilities however, locals and visitors are treated and charged pretty similarly. I'd never seen any local discounts in my current hometown, but a couple years ago, upon check-in at my muni I noticed the city was finally offering a resident pass. Upon further investigation, it's a resident card you pay $5 for, and then get $1 off each round. Now there's a local "perk" I've never felt compelled to fill out the paperwork for. 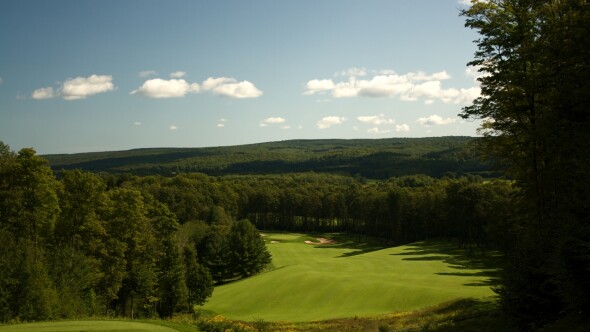 Articles
11 Min Read
How you can discover a value golf course
Brandon Tucker shares his ten best value golf destinations, where you can find great golf on a budget, from Myrtle Beach to San Diego.

I went ahead and got my Houston resident's pass ($15), but I'm curious as to what constitutes a resident (I'm in Houston proper, so I knew it wouldn't be a problem). I know at Torrey Pines, it's tiered. Is it just city of Houston residents who are eligible for residents rates (the website doesn't say)? What about West U and Bellaire, which are both separate cities but are actually surrounded on all sides by the city of Houston and just outside Loop 610? What about the rest of Harris County, like Spring, Humble, Kingwood and Clear Lake? And then there's The Woodlands, Sugar Land, Richmond, etc. If they can't play for $30 or $38 and have to pay $120 and up, that should make it much easier to get a tee time now.

If your drivers license/ID does not have a Houston, TX address you are not considered a resident.

Good question. I'm in Tomball, which is still Harris county, but do I live close enough to be a "Houston resident"?