Prestwick is one of the oldest golf clubs in the world and stakes claim as the original host to the British Open in 1860. The course was only 12 holes back then, but was later stretched to 18 by Old Tom Morris. Today, the Open has moved next door to Royal Troon when its in this neck of Ayrshire, but Prestwick still demands utmost respect from first-time guests, as it features narrow fairways and rugged dunes creating many blind shots. Players are most advised to take caddies along. Prestwick's clubhouse also features a wonderful collection of golf memorabilia.

Carts Electric carts are not permitted due to the terrain of the course. One single seater is available for visitors with a medical condition. They must also take a caddie.
Clubs Yes
Pull-carts Yes

I've been beaten up by Prestwick twice, but that hasn't stopped me from loving everything about the experience. The blind shots are befuddling and legendary. The first hole along the railway line and the final hole toward the clock on the clubhouse are iconic. It's definitely recommended to take a caddie to get the full experience on the quirky links that hosted the first Open. Be sure to spend some time touring the clubhouse. There's a lot of memorabilia and history packed inside.

Prestwick is an architectural museum

Prestwick rivals any course in the world when it comes to history. This is where the Open Championship was born in 1860, where it stayed put until 1873, and where it was staged a total of 25 times - the last being in 1925. By then, Prestwick was judged too short, too gimmicky, too old-fashioned, too confined for thousands of spectators.

The course is chock full of old school links features like blind shots, shared fairways, driveable par 4s, and confounding green contours. It has towering sand hills, fairways straight out of a moonscape, hidden greens cunningly defended by humps and hollow, and one of the world’s three or four most spectacular cavernous bunkers.

Prestwick dramatically and vitally influenced the direction of golf course architecture. Only a handful of other courses can claim such a prominent role. It contains eight holes that have made a major impact on course architecture. Consider that 99.99% of golf courses have none. That is why you should play here. Pete Dye visited Prestwick in 1963, and the result is plain to see in the wooden planks that hallmark his work.

Don’t come to Prestwick expecting great views and a modern championship track. Instead, embrace the quirkiness and history of the place. The club has expertly avoided change for the sake of remaining relevant.

Be sure and take a look at the old cemetery that sits on the other side of the rock wall behind the first green. In it resides two Open champions.

Notice the crazy green complex at No. 14. The hole was originally a par 3 that played into the green from your left. Hence the slope.

And post-round, go a couple of blocks back into Prestwick and have a drink at Bar Central, which is owned by a long-time and current European Tour caddie.

One of my Scotland favorites

Prestwick is not for everyone. It's a quirky course that challenges off the tee and around the green and it's rough is thicker than many Scottish courses. It's a course you will either love or hate. After playing it a dozen times in the past twenty years, it's clearly one I love.

The first hole gets the challenge started. A narrow hole with the railway running hard down the right side, its a tee shot to make the normal player more than a little nervous. The par 5 3rd presents the challenge with a blind 2nd shot. The 4th is a great example (repeated numerous times) of how the tee shot has to be played at an angle that seems unnatural to the eye. The blind tee shot on the par 3 5th is always a treat. I could go on and on about the merits and challenges on almost every hole, but I'll wrap up by saying the 17th is one of the most interesting and challenging par 4 you will ever play. At least the short par 4 18th gives you perhaps the best chance of a birdie all day.

The course was in excellent condition the three days we played in the past week.

Let's finish that the club's staff is one of the friendliest you will find. Their Prestwick Experience gives you the chance to lunch in the main dining room with other visitors and members and is worth experiencing at least once. They also have a great deal with a significantly reduced rate for additional rounds during the week following your first round.

Another must-play in Scotland

The history, the quirky layout and the setting all make for this course that hosted the first Open a must play for visitors to Scotland. The course has so many traditions and artifacts in its old clubhouse, including the traditional kummel drink (which I tried). The 17th (one of the most unique holes I've ever played) is actually the oldest hole in championship golf as Prestwick hosted the first Open in 1860. That was before the U.S. Civil War.

After spending a very informative and pleasant half hour talking to the pro who informed us that the very first British Open was played here in 1860, we decided to play a round if possible. He squeezed us on and we had one of the more enjoyable rounds of our trip.
Even though the 17th is the only original hole from that first Open, it was still a thrill to tread the same grounds a all those long-passed greats.

Prestwick is unique and not easy at all. I recommend playing it forward here. I actually played here twice in the morning on consecutive days. The club was very welcoming. I even went out before other groups on both days. Being on my own first thing in the morning-both rounds were completed in 3 hours.

The course has some great holes. The first plays alongside the train tracks and the closer you are to the tracks, the more the green opens up. Stay left and it is completely blind. The 17th is the original "Alps" hole and is a classic. Long approach shot over mounding and a bunker that you can't see. Amazing. The 5th hole is similar but a one shot hole without the bunkers. Ring the bell to let everyone know you are finished.
The par 5 third hole "Cardinal" is exceptional. Second and third shot options are abundant on this hole. Don't get in the Cardinal Bunker-I did once and regret it.
The thirteenth hole has a green that only mother nature can produce. Despite being a long hole, the green has many sections and humps as well as run offs if you are short. Not sure that this hole would exist with modern machines-glad it does.

This is a unique links which is tough; from the back many forced carries and no matter where you are playing from strategy with blind shots. I think that if you had to play this course for the rest of your life-you would not grow tired of it. It is full of strategy and surprises.
If you are in Ayrshire, this is a can't miss.

Authentic, rugged, quirky and blissfully out of touch would all be appropriate accounts of this museum that features multiple blind holes, small and w

People are amazed when they learn that Prestwick is second only to the Old Course in the number of Open Championships it has hosted (24), having hosted it’s last in 1925. So it is important that one approaches the experience with an appreciation for being swept up by things that were. Old Tom Morris was the course’s first “Keeper of the Green,” in 1851, when the course was twelve holes (an additional six were added in 1883). Authentic, rugged, quirky and blissfully out of touch would all be appropriate accounts of this museum that features multiple blind holes, small and well protected greens and wild variety at every turn. Prestwick is a joy and should be on every golfer’s bucket list. 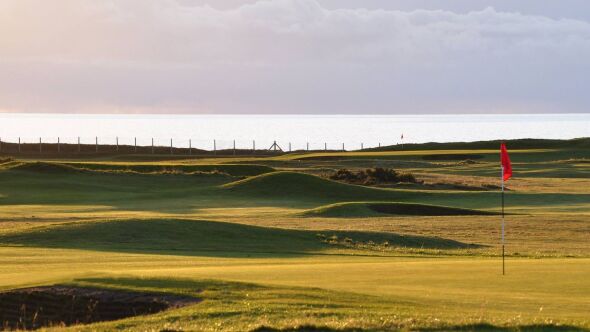 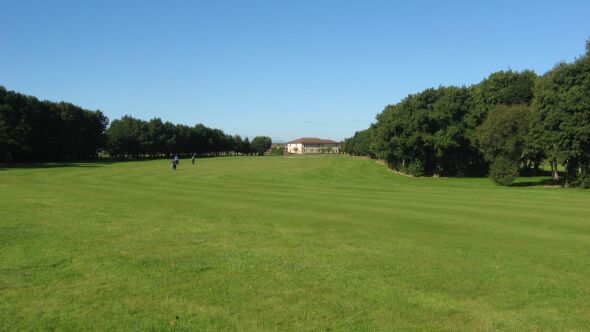 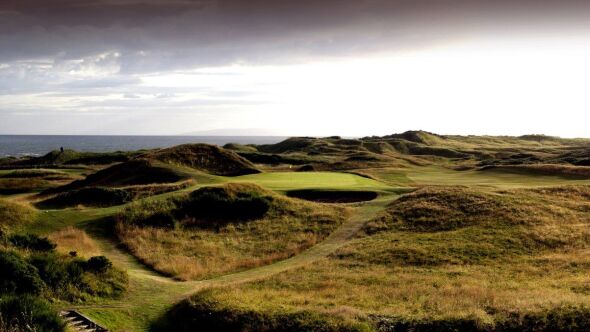 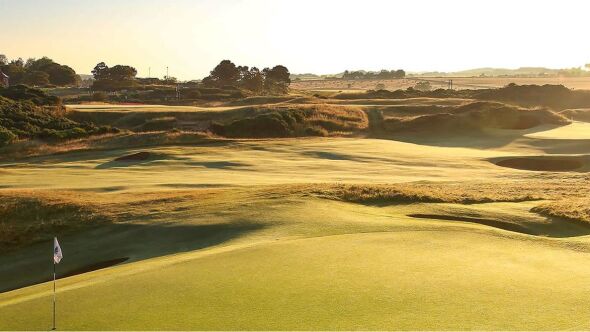 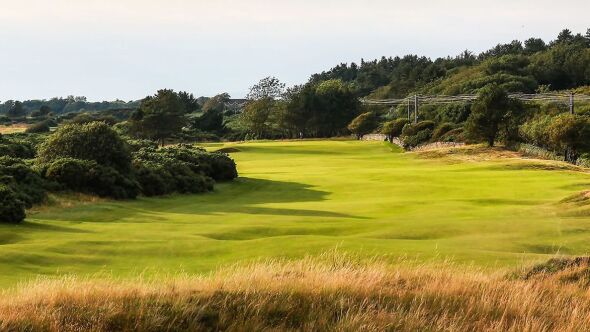 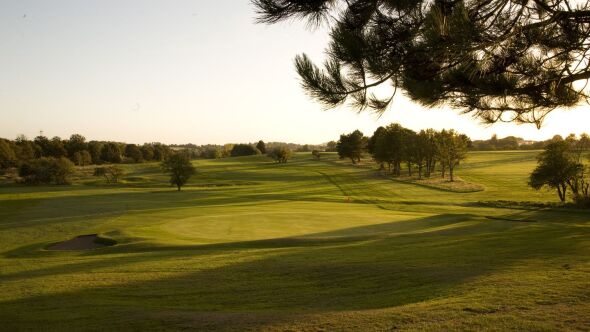 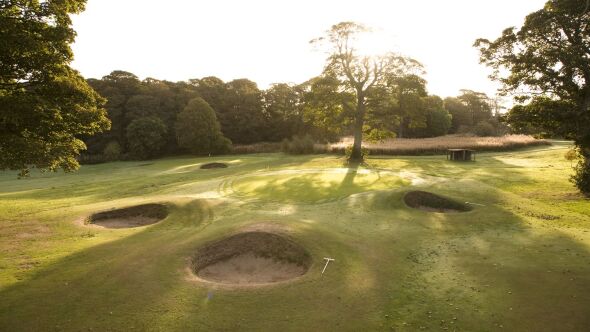 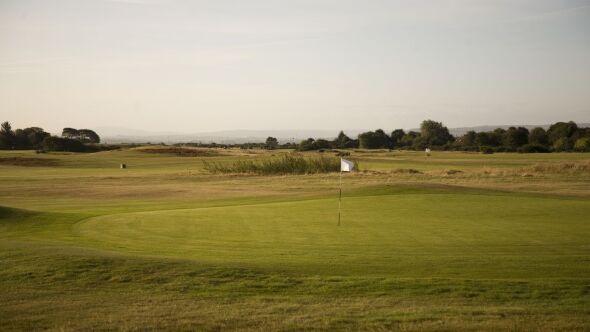 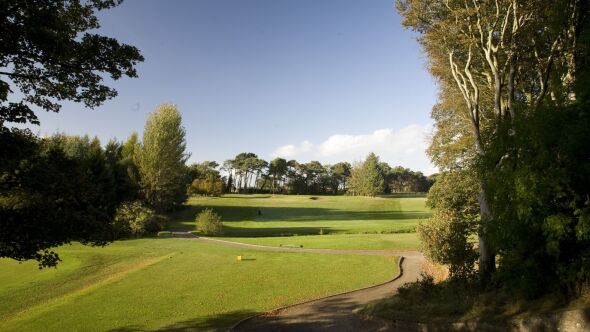 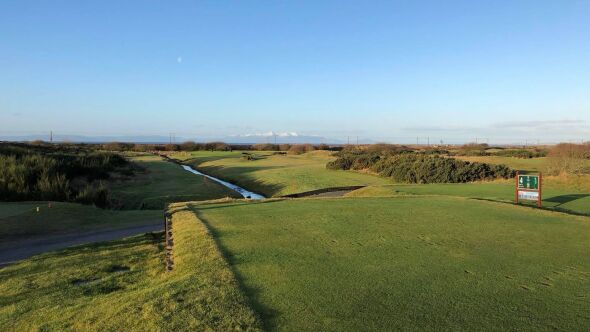 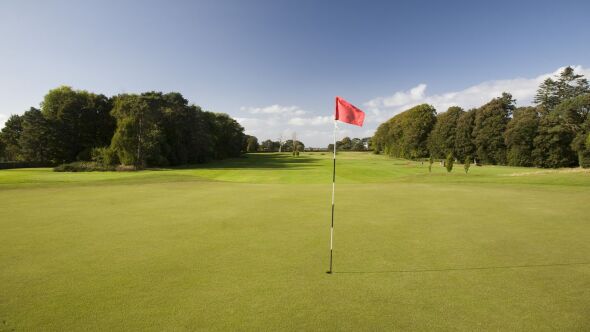 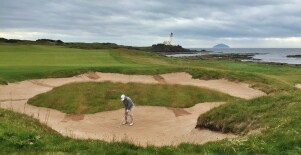 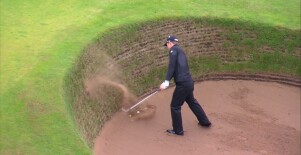 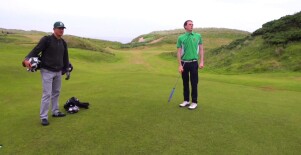 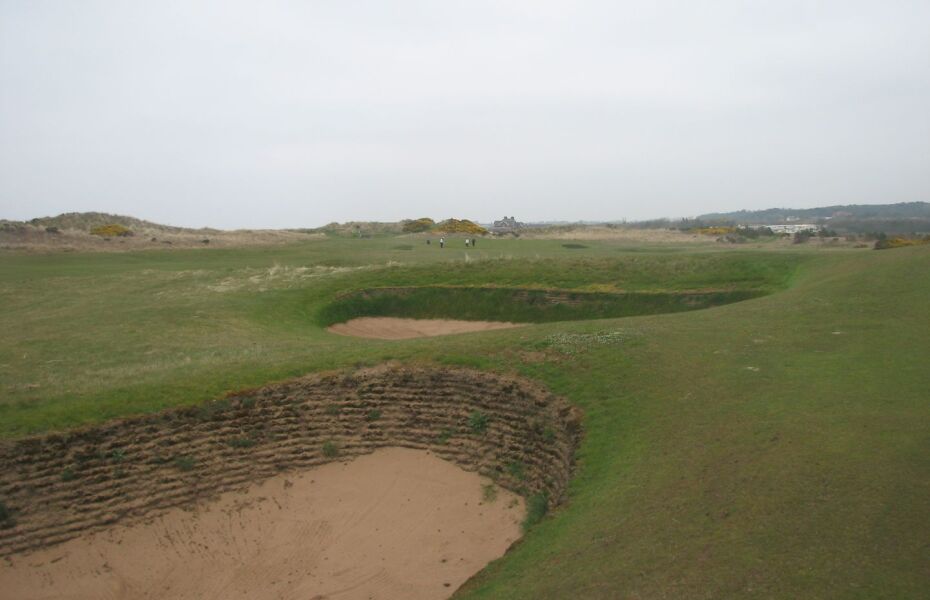 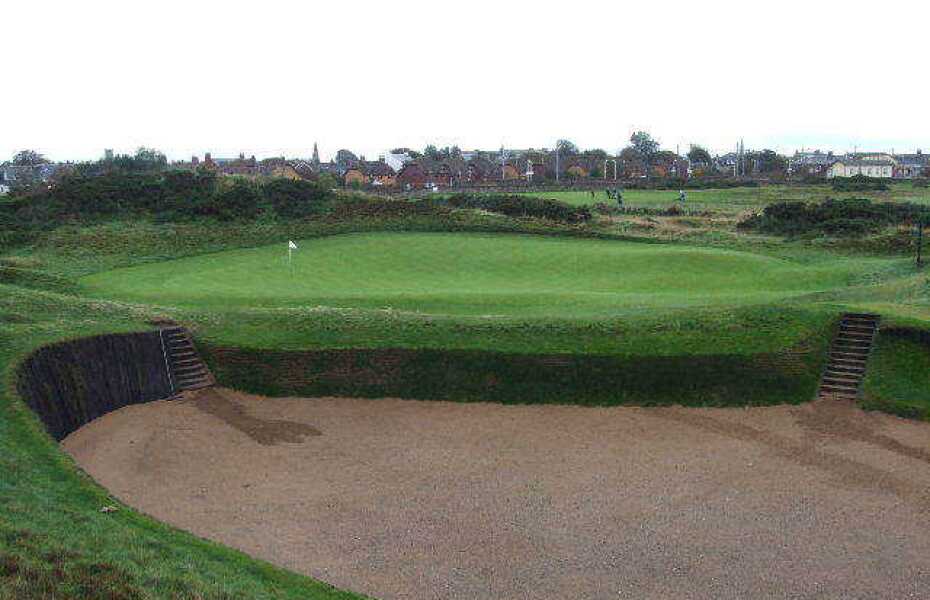 The 17th green at Prestwick Golf Club can't be seen from the fairway due to a large dune. ( Photo by Brandon Tucker ) 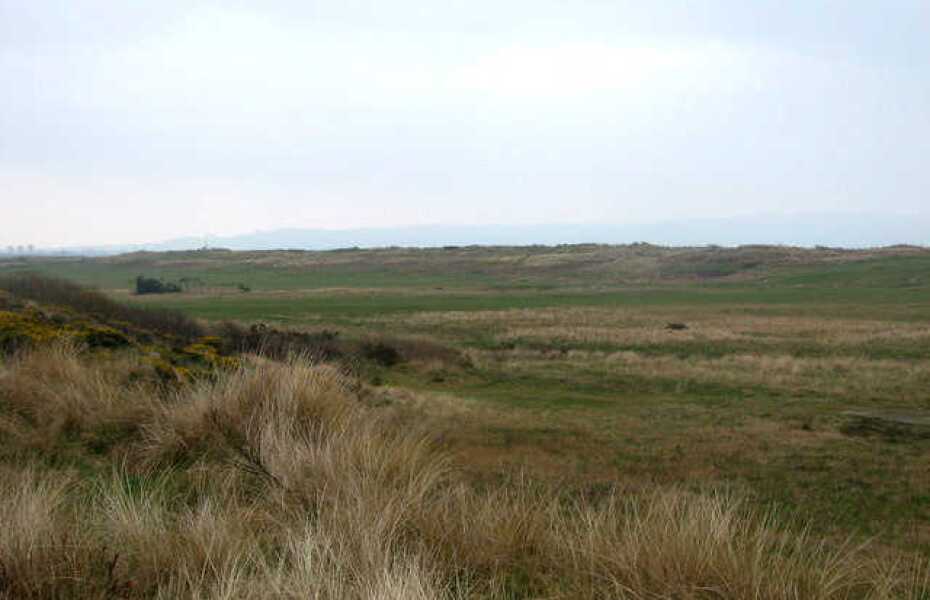