Several high-profile additions to the golf scene will get traveling golfers excited.

New decade, same story: many golf courses will close while very few new ones will open. We’re still in the midst of a market correction with respect to course supply.

Still, brand-new golf development is happening sporadically. It’s just that much of it is abroad, particularly in Asia. Vietnam continues to be a hotbed of new course openings, with its sandy east coast serving as grounds for tropical-links-type golf and its government eager to stimulate tourism.

Stateside, there are a small handful of from-scratch new builds, which you’ll see below. But as the importance of compelling course architecture continues to dawn on operators, several existing courses are being more or less completely remade. The line between “renovation” (which I’ll cover next week) and “redesign” is blurry, but in cases where several holes are being rerouted and a brand-new philosophy is coming to bear on an existing course, I am inclined to still call them “new,” because return visitors are likely to find the experience almost totally different next time they play.

Mike Keiser's flagship resort keeps finding new ways to improve. This June, Keiser and former business partner Phil Friedman will bring online the Sheep Ranch course, reimagined by Bill Coore & Ben Crenshaw, whose Bandon Trails and Preserve courses have been delighting Bandonistas for years. An interesting feature (or lack thereof) of the Sheep Ranch: it won't have any bunkers. But between the several holes perched on cliffs above the Pacific Ocean and the rumpled terrain the course enjoys, I'm betting golfers won't miss them.

Tiger Woods' first public-access commission, originally listed in last year's version of this article, took preview play this fall, but on 13 holes. All 19 holes, including a par-3 "Big Rock" bye hole with a massive rock face and waterfall behind the green, will be ready to go in 2020. Update: Read Brandon Tucker's review of Payne's Valley following his visit.

The King's legacy in golf design lives on in the custody of architects Brandon Johnson and Thad Layton, who run Arnold Palmer Design Company and continue to both refine and renovate existing courses and put their own stamp on new ones. Their latest project, led by Johnson, is a second course at Lakewood National, a residential development that is part of the massive master-planned Lakewood Ranch community near Sarasota. Lakewood National's original Commander layout has hosted the Korn Ferry Tour for the last two years. Now open, the new Piper Course cuts a somewhat lower-profile figure compared to its more rollicking older sibling.

Just a couple miles northwest of Lakewood National, Esplanade will soon open its own second course, this one by former Arthur Hills associate Chris Wilczynski. Called Azario, this private layout will also be part of a gated community by Taylor Morrison, with a handful of holes bordered by mature local trees and vegetation, rather than housing.

The college home course of golfers like Brooks Koepka and Daniel Berger has just received a complete redesign courtesy of Jack Nicklaus' design group, led by Chris Cochran. Only one previous hole corridor has been preserved, making this a new course on existing golf land. In addition, the Florida State teams' already impressive on-site practice facilities receive a boost in the form of a new 12-hole par-3 course. ClubCorp is managing the course, which is now private.

The home course of the University of Virginia golf teams, as well as guests of the on-site Boar's Head Inn resort, is scheduled to reopen in late spring after a total redesign by Davis Love III's group. Several new and rerouted holes make this a new course, for all intents and purposes, and one that should follow in the tradition of the firm's successful transformation of Sea Island's Plantation Course in 2019. A six-hole par-3 course and putting course are also part of the reimagined complex.

Like Payne's Valley, IU's totally redesigned course, courtesy of Steve Smyers, was originally slated to open last year, but only the golf teams used it much in 2019. The public-facing opening will be in spring 2020 for a big, modern test where the Hoosiers will host an individual collegiate event April 4.

Jack Nicklaus' design group was glad to partner with Lieutenant Colonel Dan Rooney's Folds of Honor Foundation to transform this tired, half-century old public course into a memorial to military members. The project includes the rerouting of several holes and the opening up of existing corridors, plus a re-engagement with the sandy features of a site that is less than a mile from Lake Michigan. The course, open to the public, will debut this summer. 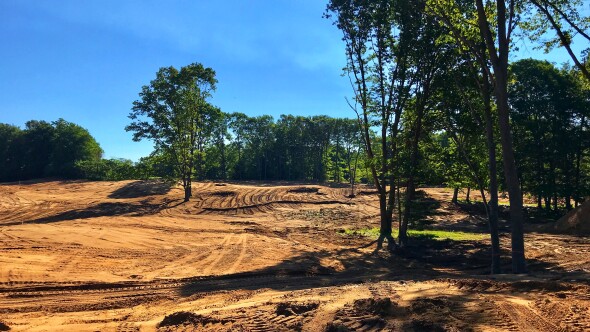 Articles
3 Min Read
Jack Nicklaus brings name recognition, new look to a course with a cause
The new American Dunes Golf Club will showcase the Folds of Honor Foundation.

Craig Haltom is one of the more under-the-radar figures in golf course design. Through his affiliation with the Oliphant Golf Companies, he has been the construction lead on the courses at Sand Valley Golf Resort, and has done his own design consulting work elsewhere in Wisconsin, including at Stevens Point Country Club. He's brought his talents to Lac La Belle, site of one of the Badger State's first courses, to reimagine the facility for the next hundred-plus years. The semi-private course's reopening is scheduled for June.

Riley Johns and Keith Rhebb, whose stunning transformation of Winter Park Golf Course outside Orlando has given their design creativity some well-deserved exposure, are teaming up to add a third golf amenity to one of Northern Michigan's most popular resorts. Their contribution: an as-yet-unnamed 10-hole par-3 course that should debut this summer. Between the modern original course, the Doak-designed reversible Loop and the new short course, visitors will have three distinct golf experiences to choose from.

This is a similar situation to Old Toccoa Farm in North Georgia in that nine holes were built a few years ago (2015), but the planned second nine is finally scheduled to open in 2020, rounding out the proposed Arthur Hills design. Plantation Lakes' 9-hole form is already highly ranked in Delaware and this course at the center of a growing Lennar-developed residential community should continue to get high marks from golfers. 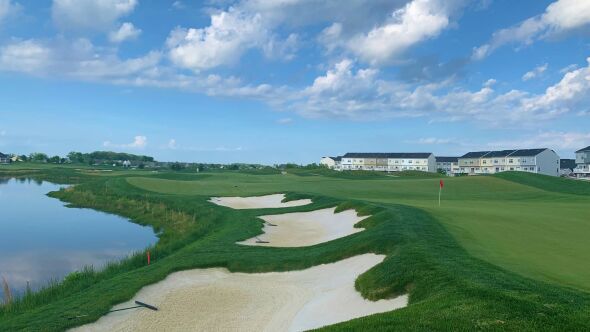 It took a dozen years, but this Alan Liddicoat-designed public course about 30 miles south of Wilmington is set to realize its original aspirations in 2020. It has progressed from 11 holes to 15 holes in recent years, and will stretch out to its full 18 this spring.

Lefty's first foray into golf course design in Canada will be a private club when it opens in 2020, part of a 1,700-acre residential development called Harmony about 30 minutes west of Calgary. The rolling, prairie-type terrain of the course should lend itself to big swings.

Rod Whitman and Dave Axland will unveil a 10-hole par-3 course at Cabot in 2020, adding to Whitman's original Cabot Links layout and the Coore & Crenshaw Cabot Cliffs course. On the heels of the success of Old Toccoa Farm, which he designed with Dan Proctor, this continues some momentum for Axland, a longtime collaborator with Coore & Crenshaw.

Its location an hour due north of the Los Cabos airport makes Costa Palmas utterly remote compared to all the tourism sprawl on the southern tip of Baja California. That seclusion is part of the point at Costa Palmas, where a new Four Seasons resort is open and an Aman resort called Amanvari will open nearby in 2021. The recently opened golf course, designed by Robert Trent Jones II, is being touted for its views of the Sea of Cortez and its walkability.

Resort golf continues to spread north and west up the Pacific coast of Baja California, with Rancho San Lucas now taking some preview play with an eye on an "official" February 2020 opening. The Greg Norman Signature course boasts five oceanside holes, plus an island-green par 3. The course is part of the new Rancho San Lucas development, which includes resort accommodations and residences. Only homeowners and guests of Solmar Hotels & Resorts will be have access to the course.

Gil Hanse's star continues to rise in golf, and his first course in Thailand is an audacious one: an attempt to revive the spirit of the famed Lido Golf Club on Long Island, which was known as one of the great golf courses in the world for its short lifespan, which ended with the Great Depression. Here in Thailand, Hanse and his crew of "Cavemen" are finishing fashioning a course that brings the design philosophy of C.B. Macdonald and Seth Raynor to a part of the globe primed for an awakening to classic golf course architecture.

This new Robert Trent Jones II design opened to preview play in the fourth quarter of 2019 and will go through its first full year of operations in 2020. Part of the $4 billion Hoiana Integrated Resort, the course has already earned several admirers for its open, windswept looks and seaside location. More than 40 courses are reportedly in development in Vietnam. 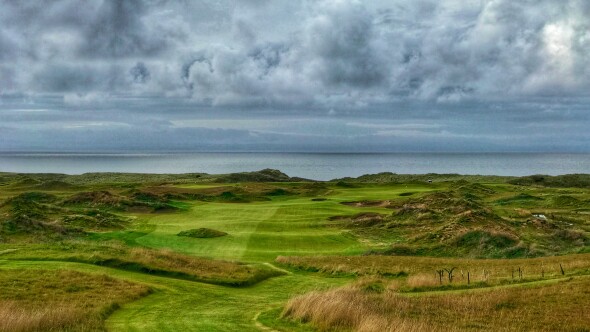 Articles
Also coming in 2020: Dumbarnie Links
A brand-new seaside Clive Clark design on an ancestral estate will debut near St. Andrews in May 2020. Here's our sneak peek at Scotland's newest course.
4 Min Read

Watch out for land mines in Viet Nam. And don't forget the the tunnels that the Viet Cong lived in and still may be thinking the war isn't over and still be living in them. Have fun.While your there try their beetle gum while your playing.

Funny, The 2nd best new course for 2020 isn't on the list. Sheep Ranch has to be #1....But in the words of George Peper….“I have no doubt that Dumbarnie will soon come to stand along with Kingsbarns as the two courses (after the Old) that every serious St. Andrews pilgrim will want to play”

Doug, I did write a standalone article previewing Dumbarnie a few weeks ago, but you're right. I'll drop that in here as well.

Articles
1 Min Read
Taking the flagsticks out is a Cool Golf Thing
No pins? No problem.