The 19th Hole is Great For:
Drinks 25
Watching the Game 12
Patio Dining 8
Course Challenges Include:
Bunkers 53
Water Hazards 45
Plays Long 31
This course/club is great for:
Advanced Golfers 46
Locals 37
Wildlife/ Scenic Views 31
This Course's Location is:
In the 'Burbs 41
Worth the Drive 36
Convenient to the City 32

I’ve played this course many times before and it's always a crap shoot with the the course conditions. Today was another terrible course condition days. First off, we were not informed until we reached the Ranger at the first tee that the back nine greens were being aerated so we had to play the front 9 twice. All 9 greens were in the worst condition with a thick layer of hilly sand thrown about. Second, the fairway grass was thin with much of it marked off. Lastly, the bunkers were rock hard with very little sand. As if they took the sand out and covered the greens with it. I wish I took photos but I would love to forget about this waste of a golf round. What a shame,

mort399
Played On 09/10/2021
Reviews 12
Skill Intermediate
Plays Once a week
I Recommend This Course
5.0
Previously Played

Your review is greatly appreciated! We are so glad you had an enjoyable experience with us. Come back and visit us again soon!

This used to be the premier public course on the southside. greens are still great but the bunkers are absolutely terrible....dirt not raked or drained. fairways starting to burn up......nothing like the course used to be.

Probably the best value for a golf course in my area. I go early morning and pace is great. Kept well, holes not close to other holes so don't have to have players hit from wrong fairway, nice scenery, can't beat for $50.

Good greens, fast and true. Fairways in good condition. Traps on every hole. Play it ,will not disappoint.

The course had a chamber of commerce outing and there were two groups backed up on every tee. Whoever is in charge of booking tee times should be fired. You need to allow the slow playing outing to clear out before you book new times behind an outing! Our group had to quit after six holes !

Thank you for your review. We take customer feedback seriously and are constantly working to improve. Please reach out to us directly if you would like to discuss your experience further.

Solid 4 stars but no more than that

It's a 29 year old course now. The numerous sand traps have been issues since at least the turn of the century and probably longer than that. Very inconsistent sand but there were a number of them that are better than they used be. Overall the course was in decent shape....smooth quick greens really decent fairways and the tee boxes weren't too bad either.

Many of the greens have shrunk in size. The rough was very long around the greens in between the sand traps....to the point where you have to be incredibly precise with your sand play as the greens in many instances used to go almost to the edges of the sand traps - maybe a yard of rough between trap/green not 5 yards! Full star deduction - way too small of areas to post some flags and they really should address this issue soon. They are getting really close to losing some pin positions.

It was a very hot afternoon. We completely lucked out teed off around 130 and finished just past 4pm. I don't think that will ever happen again but it was really nice to get a flow going and not having the usual overcrowded 5 hour wait around that usually happens here....and if I had experienced the "usual" would have downgraded another half star. With an overnight rain the greens were holding pretty decent...expected rock hard greens so that was a nice surprise. Clubhouse well stocked and a beverage cart was roving around. Range off mats and the putting green had sticks only (which is a pet peeve...don't really like that).

Recommend for a few plays a season but gird yourself if crowded....this course has plenty of difficult tee shots and presents you with a really strong challenge. 130 slope from the whites and that's where most should play it from. 45 is a good acceptable price point during the week. Anymore than that I'd have to question....and I definitely would never try to play here on the weekend......

Nice call on the greens shrinking. I played in 2020 and couldn't believe how many clover corners and kidney shaped halves are vanishing. It used to require a good shot to go after some of these pins, but now it's almost not worth aiming at the perimeter pin locations. (left targets on 1/12/16 for example are all fading)

I've played here before. it's a one hour drive so I come because the layout and course are excellent. The greens rolled very nice. The only drawback, and it's a problem, is that a large percentage of the greens don't have enough sand in them. I played 36 today and had 10-11 sand shots and it really negatively impacted my round and the enjoyment of the round. Please fix that!

Thanks so much for your 5-star review. We value your feedback and hope to see you back again soon!

This course has a lot of sand and water

Excellent course, filled with a lot of sand traps and water.

Thank you for your 5-star rating! We’re thrilled to hear you had a positive experience and can't wait to have you back again sometime soon.

The national has been around for a long time. When first opened, cars lined up south all the way to the metra tracks, before online bookings. The course is pretty much exactly the same as then. It was supposed to be a tour course, but never seemed to materialize. Guess Oak Forest doesn't have amenities to host one. My opinion, not fact. The course got really crappy and then was privatized, and the greens and fairways are nice again. The sand traps are still rather hit or miss. some are dirt, some actually have sand in them. There are a lot of them and you will find yourself in them once in a while. Wish more attention was paid to that aspect, but I understand cost vs reward. Water is very playable and the course is quiet and woodsy with deer almost always popping out on various holes. Mom and 2 fawns with spots on 13 and another set of deer on another. Not even scared, yards away. Overall, very good course and easy to get too via I-57 or I-80. Worth the cost, play the tips for a really challenging round, it changes the mindset and play process on just about every hole, i.e. water comes more into play, or angles get worse on drives, etc.

Thanks so much for your review! We value your feedback and hope to see you back again soon.

Sand traps are ridiculously, but have been for years.
I think it’s still in the recovery process from the torrential rain a week before. I do like the course layout and difficulty. Pace of play was a bit slow but it was a packed house on a holiday so to be expected.

Thank you for your review! We value your feedback and hope to see you back again soon.

This course could be fantastic. There is heavy bunkering on the course but they’re terribly maintained. If the bunkers were taken care of, the rating would be much higher.

We’re sorry to hear you did not have an enjoyable experience at our course. We are currently making improvements to the course and expect conditions to be closer to what you would usually experience soon. We appreciate your feedback, please reach out directly if you’d like to chat further!

Thank you for your positive rating! We’re thrilled to hear you had a positive experience and can't wait to have you back again sometime soon.

Great Course - Bunkers are beyond repair

This was the first time I played this course, and was generally very pleased with the layout and the conditions of the fairways and greens. It must be said that the bunkers are unplayable. They are either hard as a rock, underwater or completely barren. Frankly, it seems like they don't even want you to play in them. For the price, I think this is unacceptable.

We’re sorry to hear you did not have an enjoyable experience at our course. We are currently making improvements to the course and expect conditions to be closer to what you would usually experience soon. We appreciate your feedback, please reach out directly if you’d like to chat further!

Coarse was in horrible shape. All bunkers were knee deep with water. Lost 4 balls in the sand trap. Fairway were full of mud. They charge top dollar also. Ask after round for any compensation and was told nothing. Horrible day terrible experience will never golf there again.

Sorry about the experience you had, we recently dealt with over 8 inches of rain and we have been working hard to get bunkers pumped out as fast as we can. It has been difficult because we had to wait for water levels to go down so when we pump the bunkers the water would have somewhere to go. Please reach out to jgeppi@forestpreservegolf.com to setup another time to come out once we dry out, I believe you will have a much different experience.

Thank you for your review. We are sorry to hear that you did not have an enjoyable experience at our course. Please know that we take customer feedback seriously and reach out to us directly if you would like to discuss your experience further. 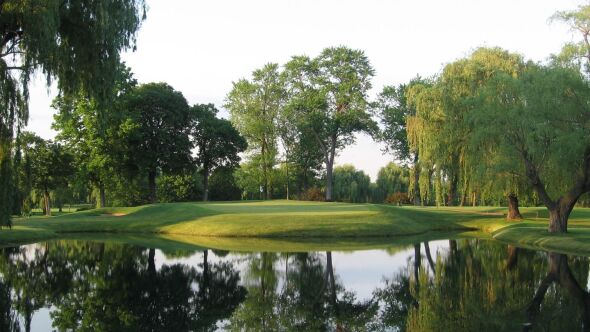 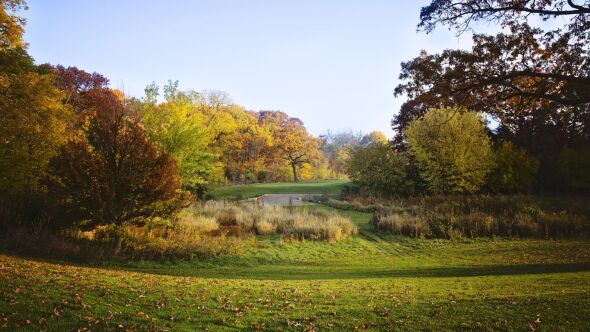 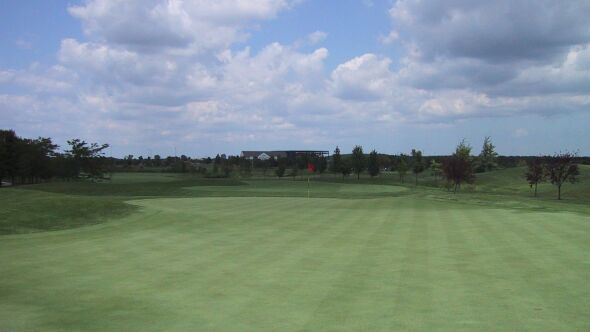 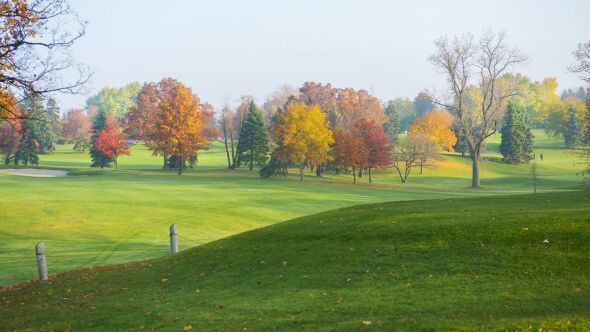 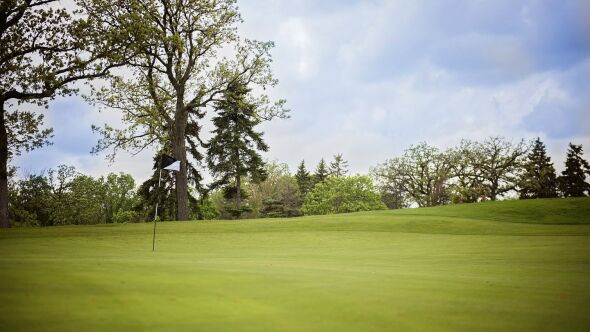 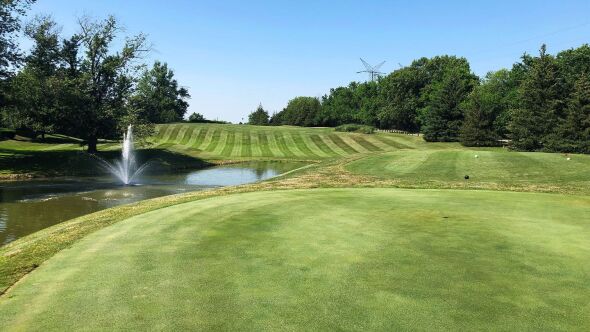 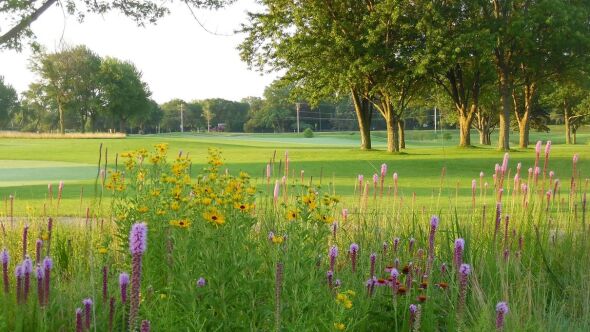 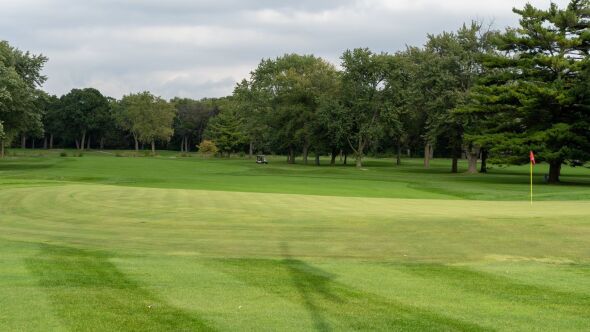 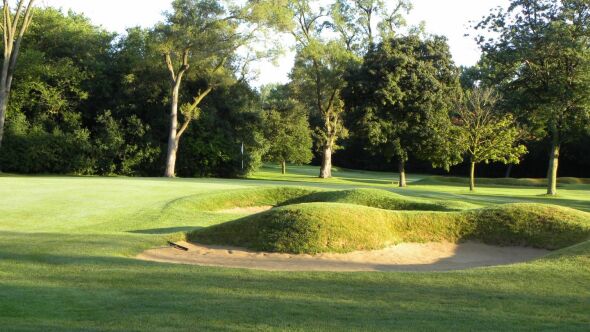 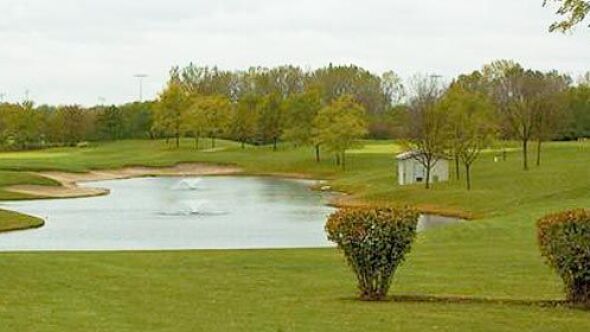 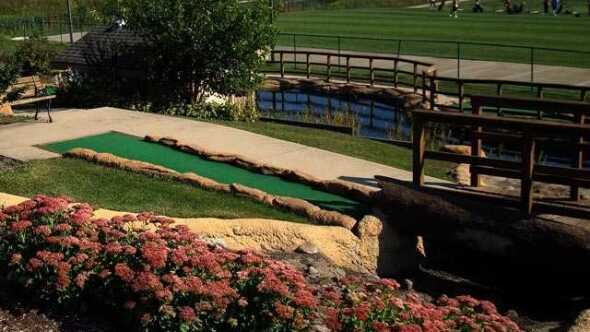 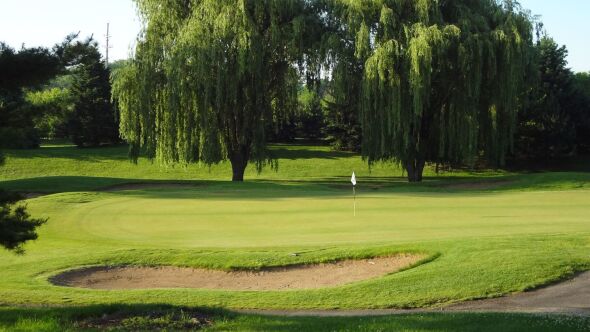 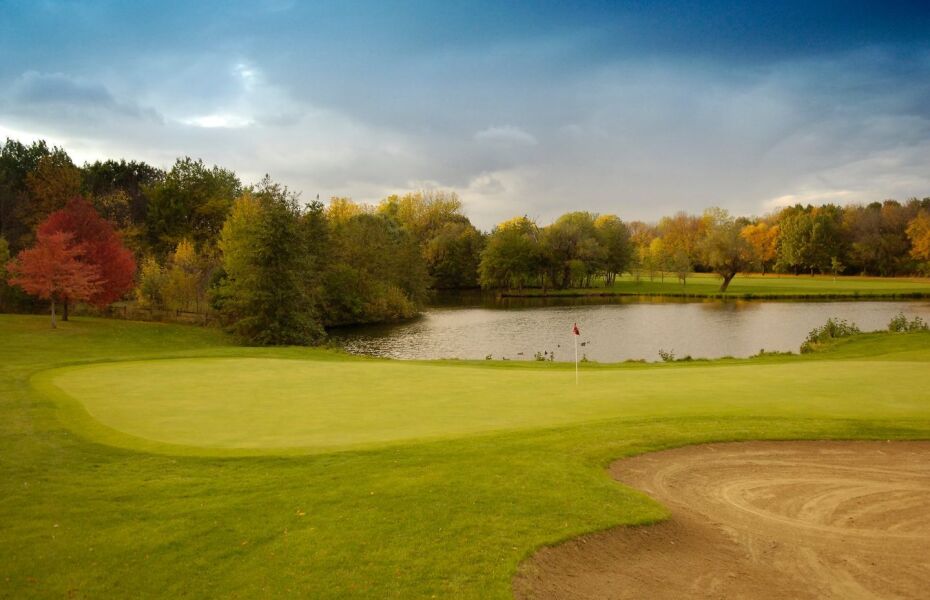 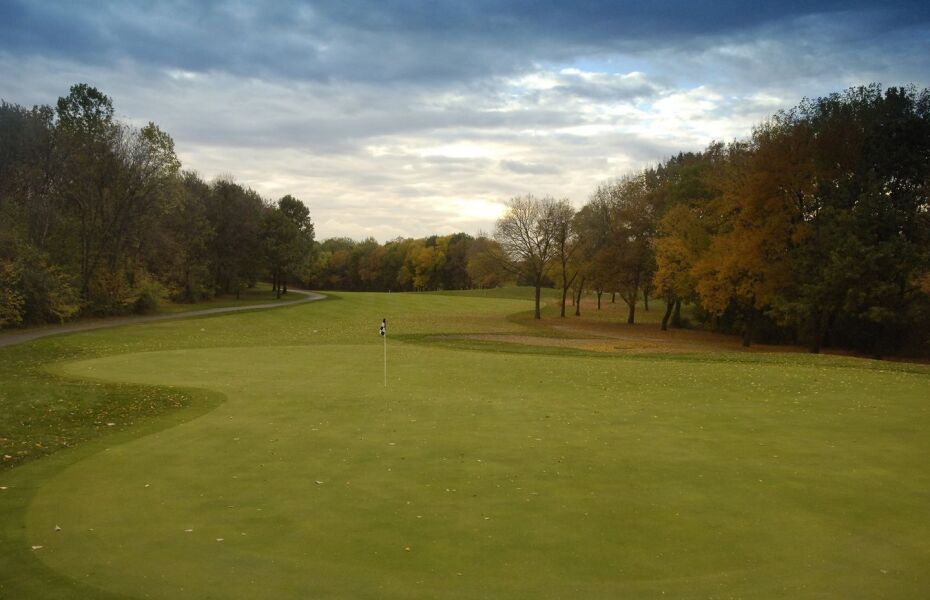 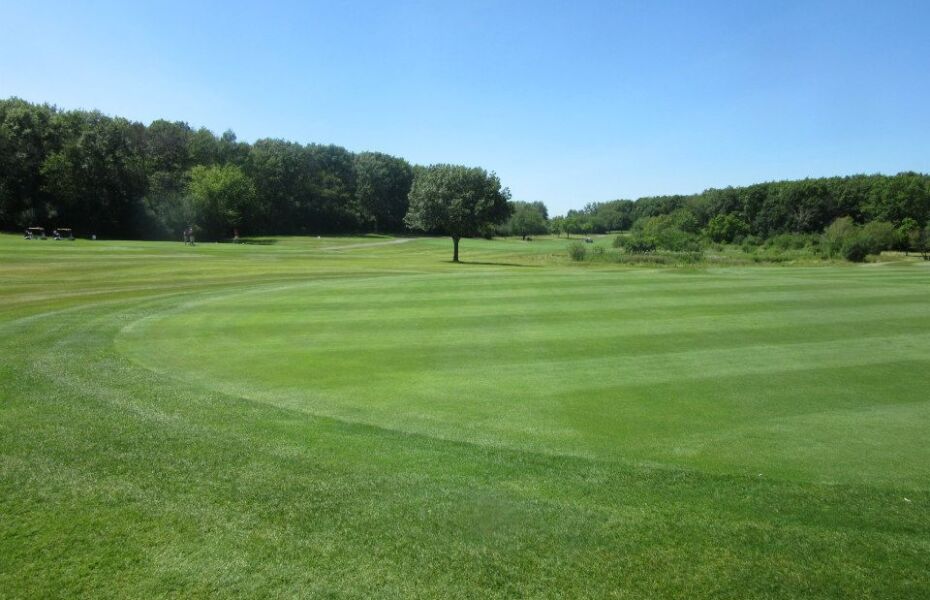