Want to balance out your next golf vacation? The secret could be in the data

The Grint helps us uncover the most difficult and easiest courses in a top golf destination.

One of the toughest golf myths to break is the one that insists difficult courses are somehow inherently superior to easier ones. The more golf courses I have the pleasure of playing, the clearer it is that relentlessly demanding, spirit-breaking golf courses are not the soul of the game.

Sure, it's fun - once in a while - to play a course that hosts a Tour event (or wishes it did) and be reminded that golf is really, really hard...as if that's something that's possible to forget.

But why "treat" yourself to a golf vacation where you shoot scores of five or more shots higher than you do at home every round?

Why not seek out some more courses where you might actually make a couple birdies to go along with those pick-up Xs?

If you want to get an idea for how tough a course is, the published Rating and Slope figures - which we provide in our database - are a good place to start. But these numbers are still an abstraction compared to the real scores that real golfers shoot.

TheGrint has those valuable numbers, and they've shared them with us.

For the uninitiated, TheGrint is a free handicap and game-tracking system and smartphone app with a large base of worldwide users. One of their most active American markets happens to be one of the most popular winter golf destinations in America: the sprawling Phoenix-Scottsdale corridor. They shared data from more than 125,000 rounds in the area, giving us a pretty good picture of the relative difficulty of 56 courses. Each course came with figures for the number of rounds logged, average score and net score relative to par.

This last figure, which TheGrint denotes as "Net Over Par" (NOP), is our proxy for a course's real-time difficulty: Average score minus average course handicap minus course par.

Of the 56 courses surveyed (each with more than 1,000 rounds logged), NOP ranged from -0.89 to 5.67. Only two courses averaged under-net-par scores, while a dozen had average NOPs of 4 or more. To clarify, that means TheGrint players shoot an average of 4 strokes over their handicap at those courses.

I'll bet you can probably guess the most difficult course in this data set. It's the Stadium Course at TPC Scottsdale, with an eye-popping NOP of nearly 6 shots over the average player's handicap. The inherent fun of playing holes that feature on TV every year - including the iconic par-3 16th - comes along with a pretty severe scorecard beating.

The scores for the two Talking Stick courses stick out here, because their Slope figures, in particular, are much lower than the more usual suspects at this end of the list.

This is not to take away from any of these courses as potential places to play on your own Phoenix-Scottsdale golf trip, but rather to prepare you for the challenge and adjust your expectations. Also, you might not want to schedule these courses as the first round of your trip, especially if you've been unable to play or practice at home in the weeks before you head south and west.

But what about the "easy courses"? If the narrative about hard being good held true, the less difficult courses would be mostly lesser-known - certainly not the type of courses you'd want to schedule on a trip.

Of the 56 courses on our list, 19 of them have NOP scores of less than 2. The two sub-zero scores belong to Viewpoint Golf Resort (-0.89 NOP) and Western Skies Golf Club (-0.21 NOP). Viewpoint's more than 457 Golf Advisor reviews suggest a pleasant, walkable course where conditioning comes and goes a bit depending on the time of year. But its short (less than 6,400 yards from the tips) and relative dearth of onerous hazards makes it sensible that this would be one of the easier courses in the area. But, to be fair, it's probably not a place visitors are going to be itching to play. Western Skies seems broadly similar - nice enough for locals, maybe not a top priority for visitors.

But a few well-known area courses do grace the easier end of TheGrint's list. One standout is Arizona Biltmore's original Adobe Course, (0.6 NOP), whose original William Bell design was something of a parkland oasis in the desert when it opened in 1928. Its sister Links Course (2.5 NOP) averages almost two full strokes more difficult, no doubt due to its much narrower corridors and preponderance of hazards.

Other less taxing but solid courses in the area include McDowell Mountain Golf Club (1.32 NOP), redesigned in 2011 by Randy Heckenkemper and operated by Phil Mickelson and partner Steve Loy. Even though you might expect a design overseen by a major champion to be tough, Mickelson said, "We really wanted to make the golf course that was family friendly and fun to play...[w]e now feel like this is a fun experience for everyone." Indeed, more than 1,200 scores TheGrint has logged at McDowell Mountain suggest that the course is not nearly as brutal as TPC Scottsdale just five miles away.

The hardest and easiest Phoenix-Scottsdale courses according TheGrint's scoring data

Leisure time and dollars are precious. Golf is hard even under normal circumstances. Data like this from TheGrint can help golfers prepare for the courses they're going to play on a trip by managing expectations. By all means, schedule some difficult courses like TPC Scottsdale and We-Ko-Pa; overcoming a big challenge absolutely lends a sense of adventure to a golf trip. But if you can balance things out with a less grueling test, you may just find the whole enterprise to be a little more relaxing. To relax and have fun...that's why you took the trip in the first place, isn't it? 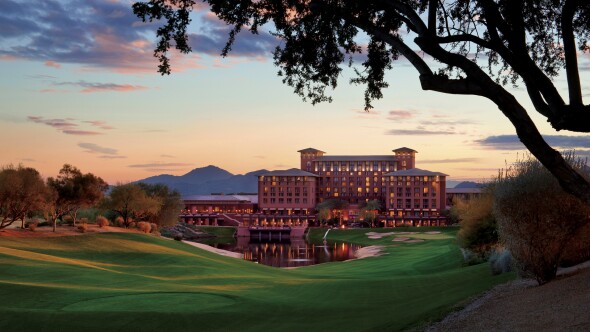 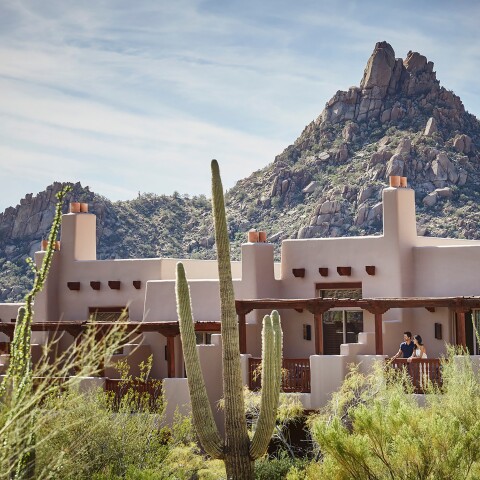 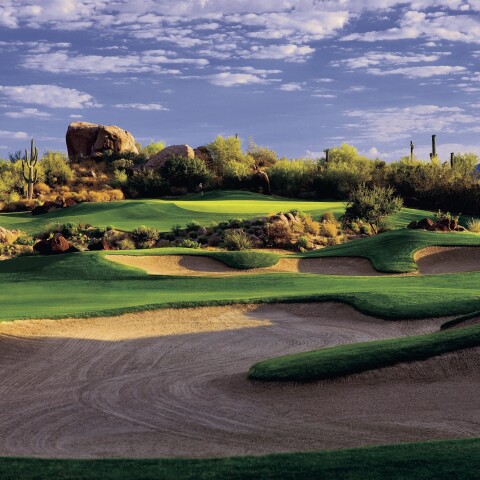 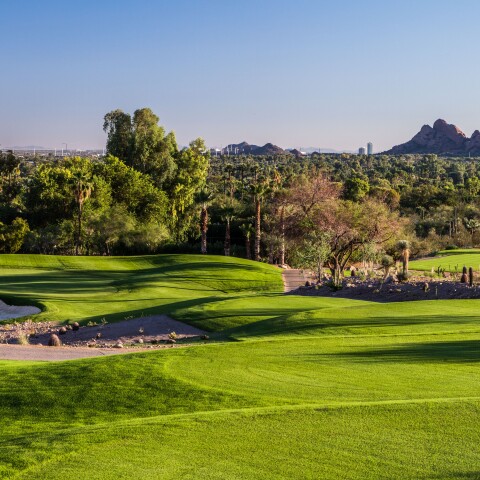 I am very surprised that Quintero did not make the toughest list, that is a true shotmakers course

I don't know if enough data was collected to include the following courses , but I would include Quintero,Gold Canyon Dinosaur,or Grayhawk Raptor as more difficult than either Talking Stick course or Ocotillo, On the easiest and fun to play list, I would put Coyote Lakes with it's 6200 yards and 122 slope on a par 71,before either Bear Creek or McDowell Mountian,

Tim Gavrich
Senior Writer
Now Reading
Want to balance out your next golf vacation? The secret could be in the data
Search Near Me