Located close to the San Tan Mountains, the course at the Lone Tree Golf Club offers not only a good game but also beautiful mountain views. This championship golf course was done in a traditional desert-style with rolling fairways and fast greens that are large and undulating. There are also several sand bunkers that protect both the fairways and the greens. Water hazards come into play on five holes and extensive mounding adds further challenge. The course features four sets of tee boxes to accommodate golfers of all skill levels. Lone Tree Golf Club boasts extensive practice facilities including a targeted grass range, a large putting green, and a short game area with a sand bunker.

The 19th Hole is Great For:
Drinks 34
Patio Dining 21
Brunch 13
Course Challenges Include:
Bunkers 50
Water Hazards 41
Undulating Greens 28
This course/club is great for:
Locals 48
Seniors 35
Advanced Golfers 30
This Course's Location is:
In the 'Burbs 40
Convenient to the City 27
Worth the Drive 26

Course was pretty decent and the beer was cold, finished just before the monsoon hit. Counted six trees ripped out or pushed over on the road home.

Other than no cart girl, it was a delightful afternoon.

I had been staying away from this course based on reviews, however, course it much improved so the work is paying off. Tee boxes, fairways, and greens all in good shape. Too bad overseed is just around the corner!

Overall:
For a GN hot deal below $30 on a Sunday at twilight, this was a good deal. I could nit pick a lot of things that were bad at this course. But overall, I was pleasantly surprised and would go back if there was a good deal in place. If I was paying their current standard weekend rate of $69, I would feel let down. But below $30, I had little complaints. Overall, the greens were running pretty fast for this price point. I loved the course layout, cart seats were comfy, people (customers and employees) were nice.

The nit picky:
A couple of the tee boxes were hard as a rock and everyone had to break a tee and stick a half tee into the ground, but most were overall still in decent shape. Fairways only a few spots that were brown, but overall good. Rough had more brown spots, but still acceptable at this price point. Greens were a little inconsistent and browning in a couple spots, but they were faster than many of the courses in this price range. Course layout was fun! Good mix of water and bunkers that made me put some thoughts into what to play. The cart seats were very comfy and the cart had a cooler. My cart lacked ice, since it melted already, but they didn't mind I had my own cooler. Would have been nice to play the entire course and/or have a heads up, but I got to play the back 9 twice which had a good layout. Guys I randomly joined were very nice. 2nd round on the back nine, they had the sprinklers on 4 holes and it wasn't dark out yet. Pace of play was great for a weekend at twilight.

Looking forward to returning, if I can score another deal to get on the course.

I liked it, kind of easy, but had it's challenges. Greens were in very good shape. (or was I just putting well that day?)

Solid course, not a difficult course, but challenging enough for me. Greens were very good, fairways and rough were solid.

Course is still in poor condition

I played this course in the spring and was surprised by overall poor shape of the course. I decided to give it another shot mainly because of a great price on a hot deal. Sadly there hasn't been much improvement. Things just look ragged from the tee boxes to the greens. Pretty much what other reviews have noted. The last few fairways had just been aerated which made them almost unplayable. It looked like someone had gone rogue with the aerator. Hopefully this course will come around as it's a nice layout and challenging.

It’s crunchy out there

This is my second time playing in two weeks at Lone Tree. We enjoy this course and have fun playing it. On this occasion though, it was pretty dry and crunchy. The greens were a mix of shaggy grass and bare patches. It was a challenge to roll the ball consistently. The price of the round didn’t really measure up to the condition of the course in my opinion. There was also a team of landscapers pruning trees and cutting down dead limbs. We had the honor of having them use a large, trailered wood chipper directly behind the tee while we attempted to tee off. Not to mention, they would honk horns at each other and yell to each other. That made it tough on some holes. We still had a decent time and will return.

Greens were ok, fairways and rough not so good. Lots of maintenance being done. Followed a 5some who were holding things up

I invited a friend and my brother in law to this "goat tack" .Very disappointed. go there for breakfast the burritos were excellent. not worth the 80 i paid maybe 25.

Good value, location, and green conditions. Staff s another question. Several times they blocked cart path so you would have to drive around. On hole 15 there was a groundskeeper wearing headphones doing maintenance a couple feet from the hole and refused to even acknowledge our play. Tried hollering at him but his music must have been too loud. We picked up and went to 16. I have never seen this before and won’t be back. I almost took a picture and now wish I did. After the turn play really slowed down. Pretty sure people were jumping in. 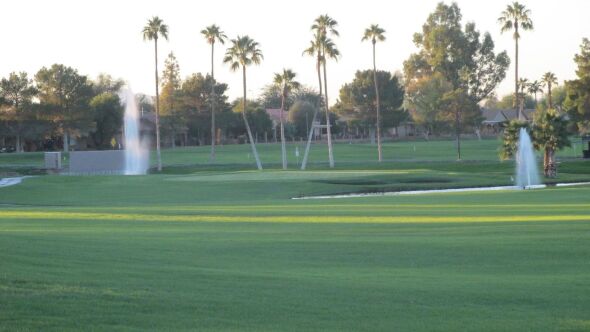 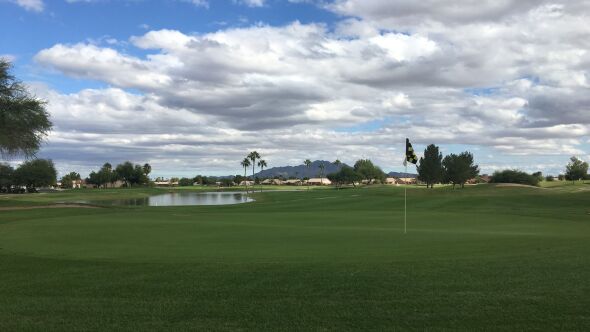 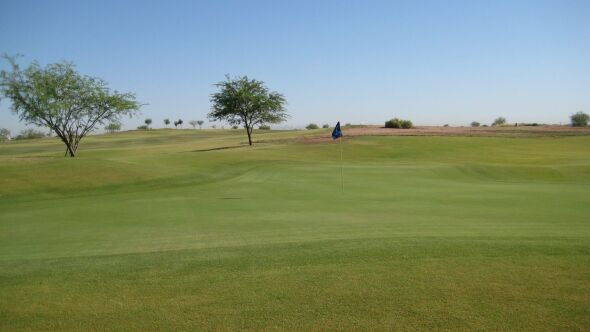 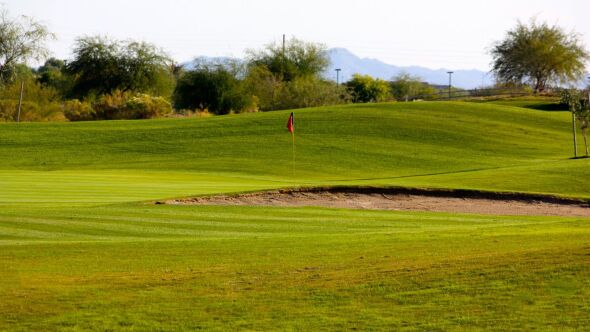 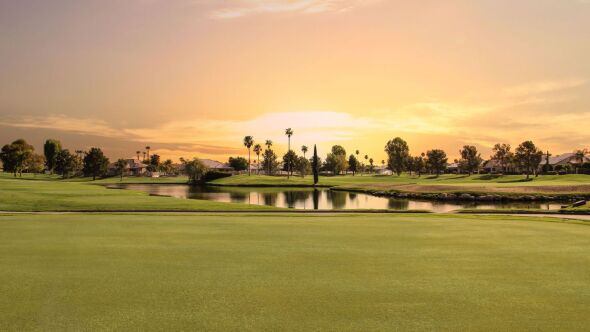 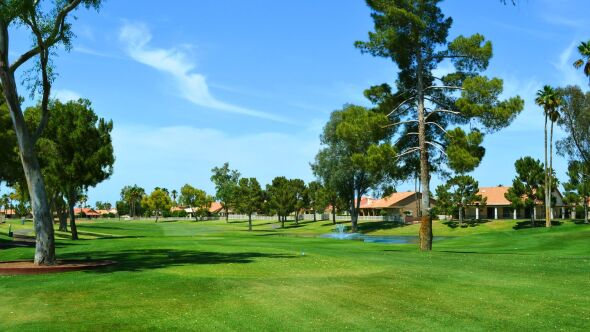 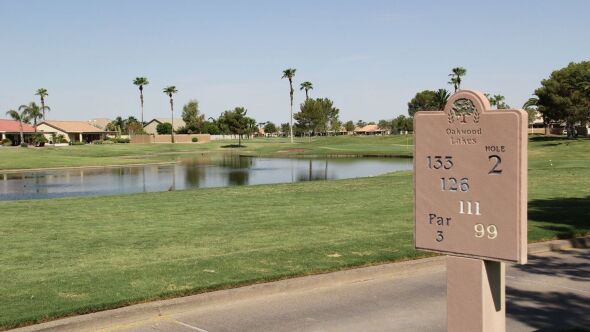 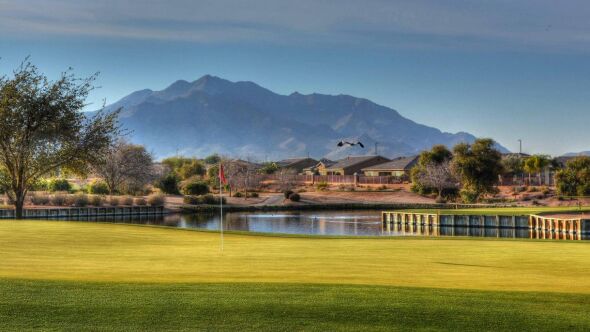 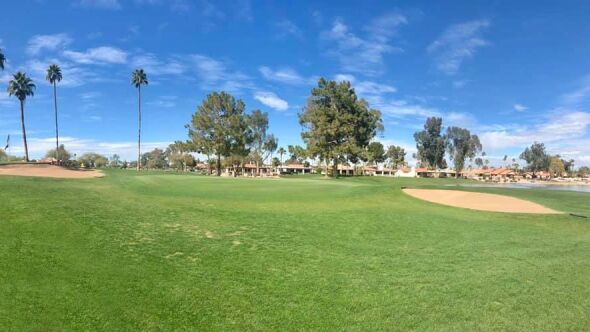 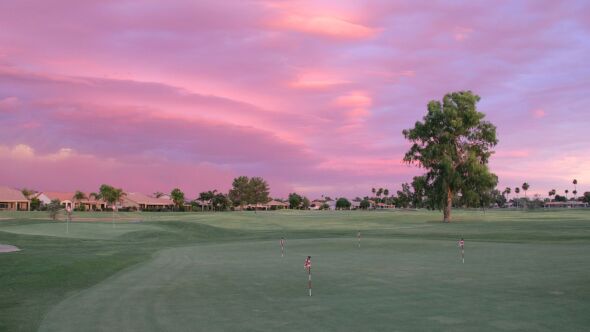 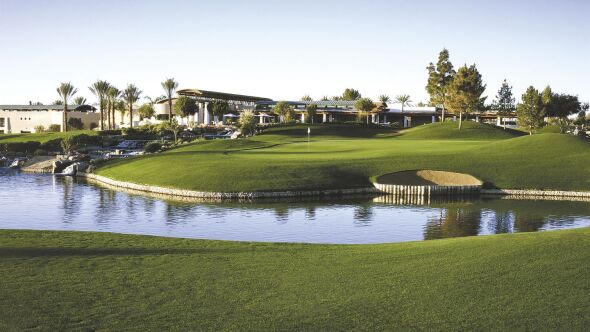 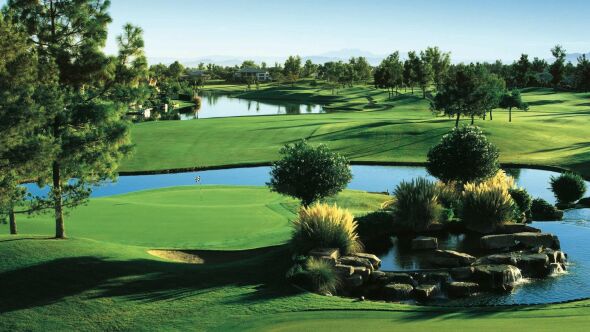 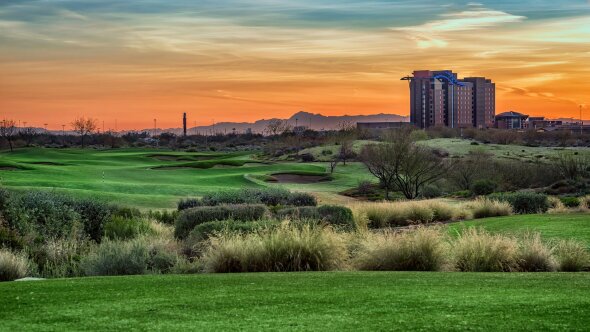 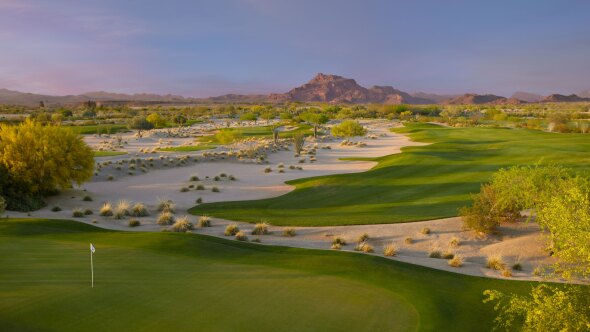 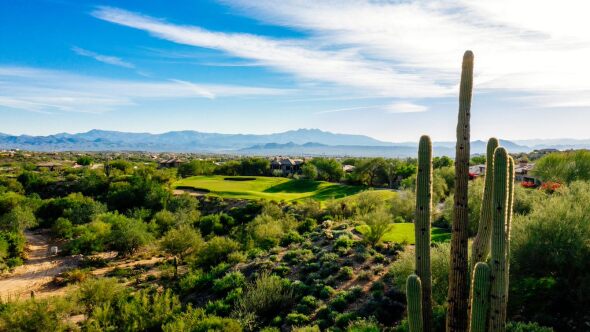 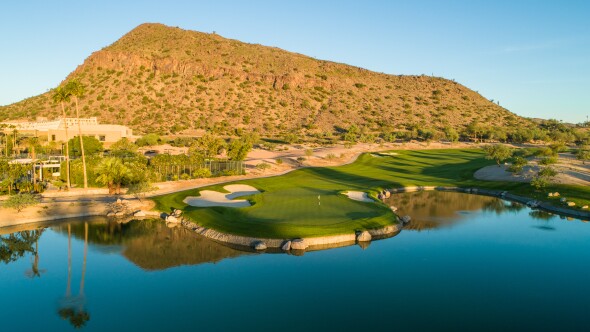 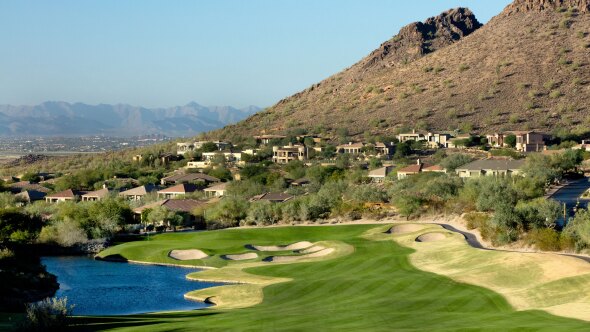 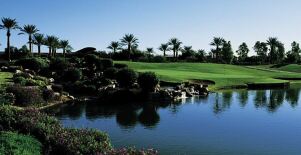 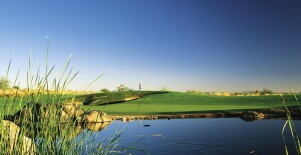 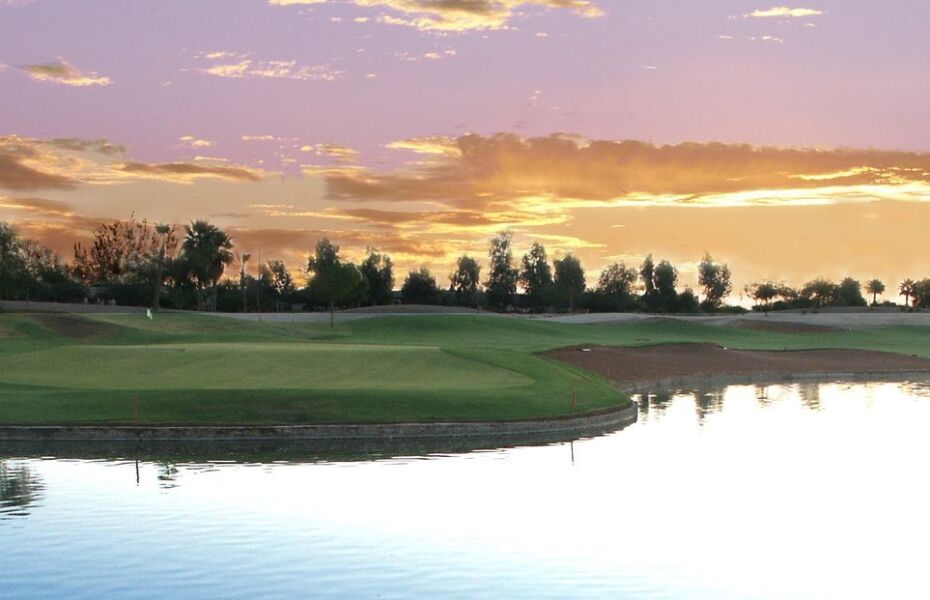 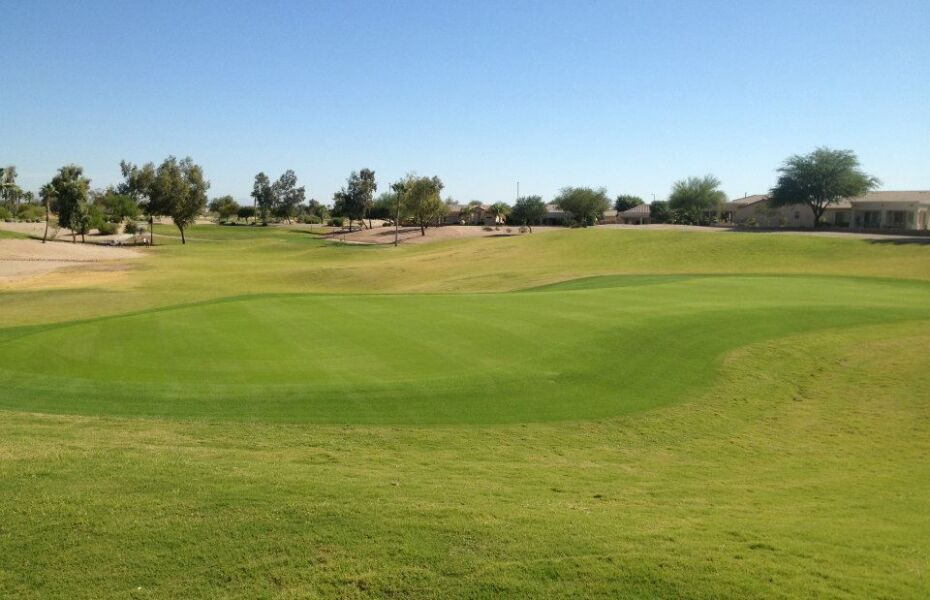 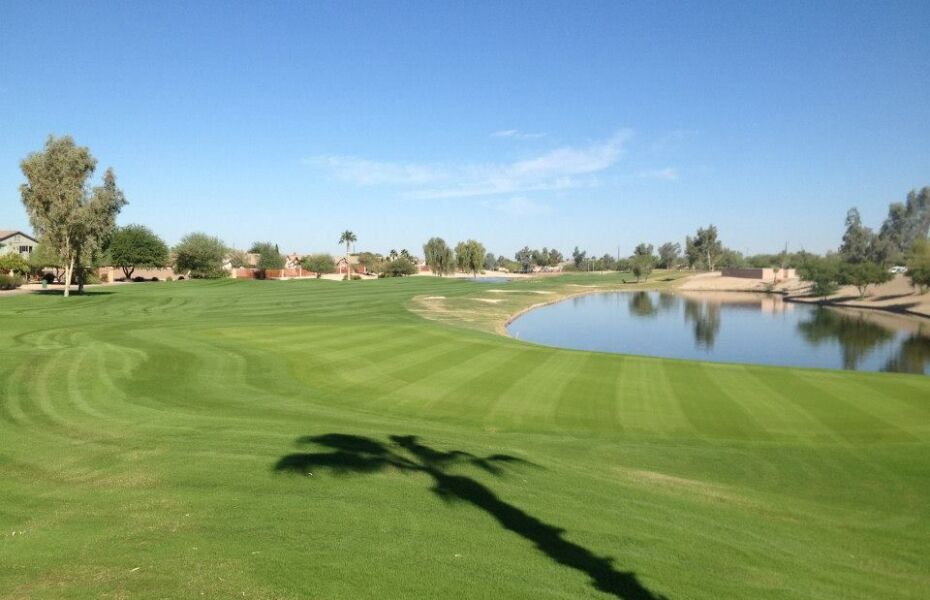 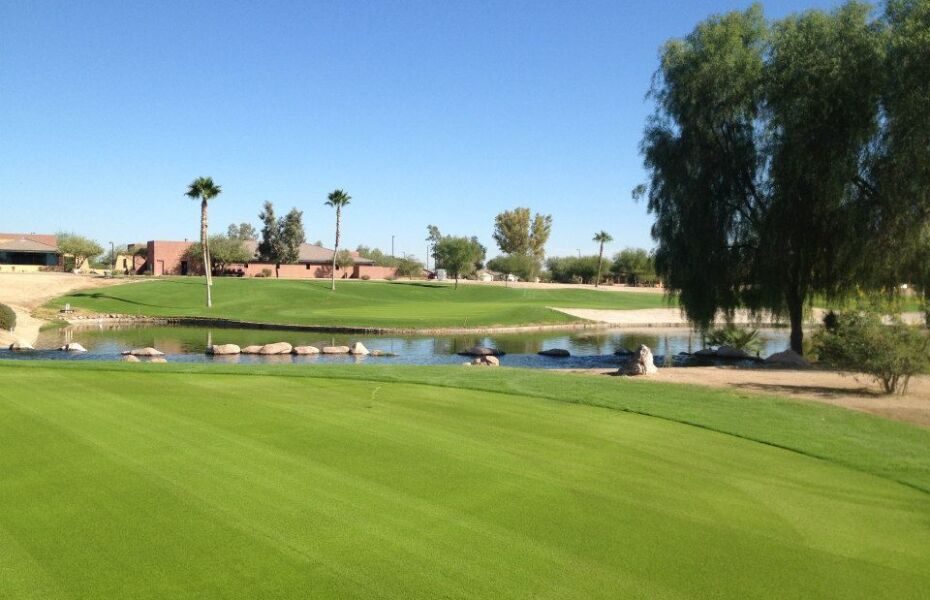 A view of hole #9 and the practice green at Lone Tree Golf Club. Lone Tree GC 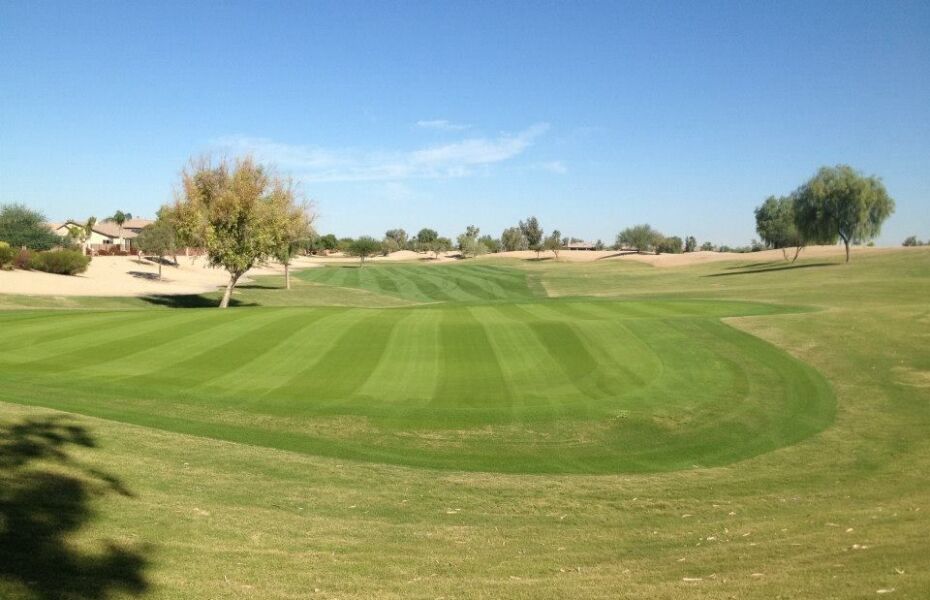 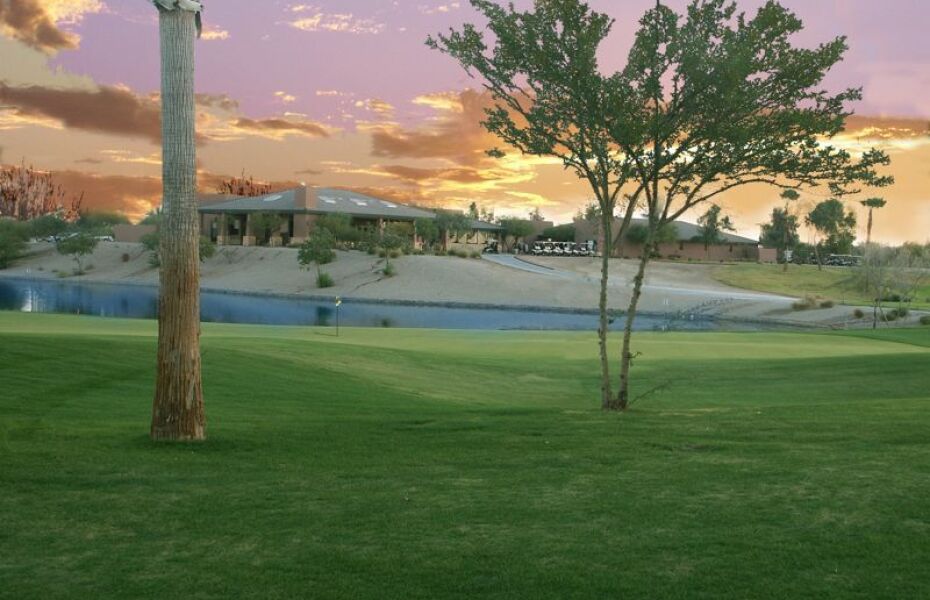 A view of the clubhouse at Lone Tree Golf Club 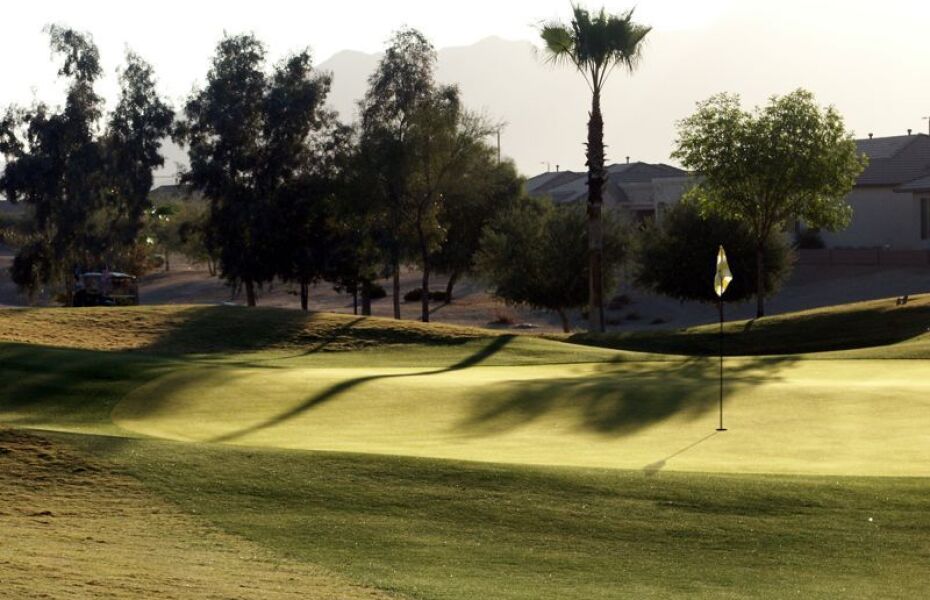