Masters Week: 27 private and public golf courses you can play in and around Augusta

When two avid golfers play together - or even simply chat - for the first time, they tend to give each other something of a questionnaire.

When did you start playing?

Have you ever had a hole-in-one? How many?

Have you ever been to the Masters?

Be it via a well-placed business connection, the luck of the annual lottery or some other means, attending the tournament places one in something of a fraternity within the fraternity. If you've seen Augusta National Golf Club in her April splendor in person (rather than merely on TV), if you've felt a roar down at Amen Corner, if you've spent way too much money in the wonderland that is the merchandise tent, if you've tasted the pimento cheese, you can fancy yourself one of the Cool Kids within the greater golf community.

Now, if you've not only been to the Masters but have actually played golf while in town, you're doubly blessed. Many area courses welcome club-toting patrons every year, knowing that watching the best golfers take on America's most famous championship course tends to whet one's own appetite to play, too. The spike in demand works out well for these courses, as they can double or even triple their typical rates.

Visiting golfers may not love the feeling of being gouged, but the extra revenue is important for the courses in question. The arch-capitalists who comprise Augusta National's membership are no doubt proud.

The public-course tariffs can be steep (more on that later), but Masters Week around Augusta does present a unique opportunity for visiting golfers: the chance to play some otherwise hard-to-access private clubs, from a historic contemporary of the vaunted host to some modern layouts designed by legendary Masters champions.

If you're attending a future Masters, topping the wish-list of courses to try and play while in town should be Palmetto Golf Club in Aiken, S.C., about 25 minutes from Augusta National. A more quintessential old Southern golf club you will never see. Golf has been played on the property since 1892, but the course golfers play nowadays at Palmetto is the result of expansion and new design by Alister MacKenzie in the early 1930s, when he was laying out Augusta National about 20 miles west.

Palmetto isn't a long course, but with smallish, undulating greens and some gorgeously nasty bunkers, it is a wonderful test of golf and a splendid walk. Ben Hogan adored the stout par-4 3rd hole, while Bobby Jones praised the par-3 7th, with its green benched into a hillside, as one of the best one-shotters he'd ever seen. The last three holes (their sites predate MacKenzie) sit on a flat paddock near the Stanford White-designed clubhouse, bringing the round to a memorable close. Masters Week green fees tend to sit in the $300 range, which, for a course of its caliber, arguably makes Palmetto a bargain.

On the other end of the spectrum is the modern Champions Retreat, an upscale real estate development-based club 30 minutes northwest of Augusta whose three nines were designed by Masters champions Jack Nicklaus, Arnold Palmer and Gary Player, respectively. The club has done well since it opened in 2005, but it received a boost in notoriety recently as the host of the early rounds of the Augusta National Women's Amateur, which began in 2019. Foursome packages for the 2021 Masters are $3,000 each, which includes golf, food and beverage (including alcohol) until 5 pm, cart and base forecaddie fees (caddie gratuities are extra) 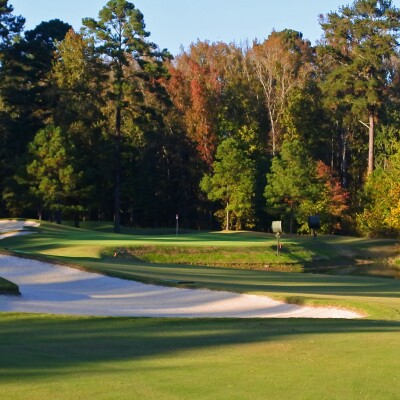 Just five miles northwest of Augusta National is West Lake Country Club, an Ellis Maples design with a reputation for fast greens. It welcomes non-members during Masters Week as well, with foursomes available for $1,900, which includes golf, breakfast, lunch and on-course beverages for four.

Back in on the South Carolina side, not far from Palmetto Golf Club, the Reserve Club at Woodside Plantation is a private residential club with two courses of its own: the Nicklaus Design-authored Reserve Course and Hollow Creek by 1979 Masters champ Fuzzy Zoeller and veteran architect Clyde Johnston. Though the front nine opened in 2007, the last eight holes at Hollow Creek were not completed until mid-2020, finally bringing it to full length. Single- and multi-day golf packages are available for Masters week, with a round of golf costing $240 per person.

Not to be confused with the community above is Woodside Plantation Country Club. A 45-hole facility and part of the ClubCorp family, it is home to the 18-hole Wisteria and Plantation courses designed by Rees Jones and Bob Cupp, respectively. Cupp also laid out the club's 9-hole par-3 course, Hunters Run. Masters Week guest fees for the two "big" courses here run $165 per golfer.

Houndslake Country Club is another Aiken-area facility that is ordinarily private, but offers some outside access during the week of the Masters on its 27-hole, Joe Lee-designed course. The on-site Inn at Houndslake is a 34-room hotel whose guests can secure tee times during the rest of the year as well. Masters Week green fees are $75 per player.

Augusta Municipal Golf Course | 15 minutes from Augusta National
Nicknamed "The Patch," this course dates back to 1928. It was laid out by Scotsman David Ogilvie, who also had a hand in the development of Augusta Country Club. Specific Masters Week rates are not offered; green fees typically top out at $33.

Gordon Lakes Golf Course | 30 minutes from Augusta National
Located at the Army's Fort Gordon, this 27-hole layout is more accessible than most military courses. The original 18 holes were laid out by Robert Trent Jones, Jr. in 1976, and the third nine was added in 2002, designed by Ault, Clark and Associates. Normal green fees for civilians are $30. 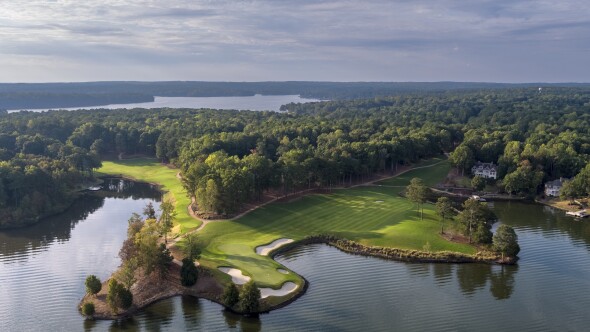 Articles
3 Min Read
List: The golf courses of Reynolds Lake Oconee, ranked
It's about 70 minutes from Augusta, but Reynolds Lake Oconee is another popular jumping-off point for golfers who want to combine Masters viewing with rounds of their own. With six courses on site (including the wild, private, play-it-if-you-can-figure-out-how-to-get-on Creek Club), it's abuzz every Masters Week with residents and visitors.

The River Golf Club | 15 minutes from Augusta National
This Jim Fazio design is a popular upscale option for visiting golfers during the Masters due to its location just across the Savannah River from Augusta. Masters Week green fees: $200-$300 per golfer, depending on the day of the week

Midland Valley Golf Club | 25 minutes from Augusta National
This 1961 Ellis Maples design is a budget-oriented option, with green fees topping out at $38.

Mount Vintage Golf Club | 30 minutes from Augusta National
Architect Tom Jackson provided a couple Augusta National-type features at this 27-hole semi-private layout in a 2,000-acre residential community, including a walkway inspired by the Hogan Bridge across the creek that fronts the green of the par-5 6th hole on the Chester Nine. The course hosted an LPGA Tour event from 2000 to 2004. Masters Week green fees: $52.

Pine Ridge Club | 40 minutes from Augusta National
This Russell Breeden design is a hidden gem according to Golf Advisor readers, whose reviews carried it to the #15 spot in the state in our most recent Golfers Choice ranking. It's located in the town of Edgefield. Rather than a significant bump, the club extends its weekend green fees of $40 for the duration of Masters Week.

Savannah Lakes Village (Monticello; Tara) | 60 minutes from Augusta National
This large community is located in the small town of McCormick, with two golf courses that are mostly played by members, but make tee times available to the public as well on a space-available basis. Architect Tom Clark designed both courses, which feature scenic holes overlooking and bordering Lake Thurmond. Masters Week green fees: $100

Hickory Knob State Park and Resort | 60 minutes from Augusta National
Also playing along Lake Thurmond, Hickory Knob is one of two popular golf courses in South Carolina's state park system. The course was designed by Tom Jackson and opened in 1982. The park does not increase rates during Masters Week; they stay fixed at $30 for weekdays and $35 for weekend play. 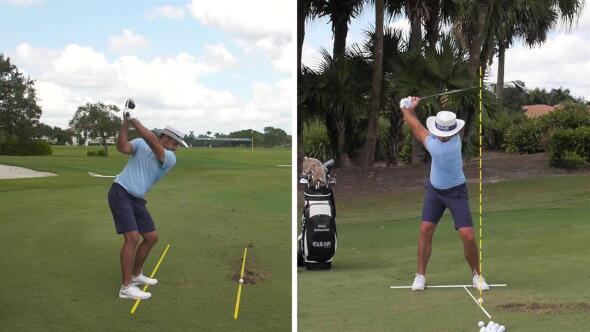 Lessons With a Champion Golfer: Charl Schwartzel
The 2011 Masters winner grants unprecedented access to his approach to the game, from swing mechanics to mental preparation. If you want to play your best golf, you have to check this out.
Travel TipsEvents

Tim Gavrich
Senior Writer
Now Reading
Masters Week: 27 private and public golf courses you can play in and around Augusta
Search Near Me