The condor has landed at Lake Chabot Golf Course in California

Golfer Kevin Pon hit a pair of shots for the ages, making a 2 on a rare par-6 hole.

Having grown up in nearby Alameda, Calif., Kevin Pon has played Lake Chabot Golf Course in Oakland more than 100 times.

His round Dec. 10 ended with the stuff of legend.

Playing from the 649-yard white tees on no. 18, Pon sank his second shot on the course's infamous par-6 finishing hole. The 2 is believed to be the first condor - 4 under on one hole - on a par 6 in the history of golf.

For the conspiracy theorists out there, Pon's hole out from roughly 100 yards was witnessed by golfers in the group in front, who were lingering by the green, and the group behind, plus a marshal. He and his playing partner never saw his pitching wedge shot go in because his ridiculous 550-yard drive down the hill ended up well below the green where they could only see the top of the flag.

For those who have never played Lake Chabot, the 667-yard 18th hole features the second-largest elevation drop on a golf course in the United States.

"I hit my (approach) shot. It lands. The people up there are clapping and screaming," he recalled. "The ladies in the group behind and the marshal up on the hill are clapping. My friend says, 'Did it go in the hole?' We didn’t even know."

Pon, 54, who lives in Castro Valley and works as a real estate appraiser, has played the quirky 6,006-yard municipal course twice since that fateful day. He's made ho-hum birdie 5s both times.

He's unsure how he hit what amounts to one of the longest unofficial drives in golf history. Maybe his ball hit a sprinkler head or bounded off the cart path that zigzags down the fairway?

"That day, it was really weird," he said of his monster drive. "The ball was rolling. The greens were faster than normal. Usually, it (the course) was slow and the ball plugs. We get to the 18th hole. I’m playing better than normal. People love or hate the course. I love it. It's quirky, different."

According to this article at PGA.com, only four other condors have landed in the history of the game, all of them aces on par 5s. Landing one is so rare that no odds are available.

Pon, who doesn't keep an official handicap but estimates he's about an 8, plans to eventually frame the yellow ball and scorecard of 73. For now, they rest in his drawer.

"It’s crazy. I'm still just thinking about it," he said. "It was just unreal. I’m a decent golfer but not like a pro or anything."

Funny thing is, he's still searching for that elusive hole-in-one.

"A hole in one is only 2 under," he mused over the relative merits of the two accomplishments. "This is two back-to-back career shots to set you up. Four under speaks for itself. How can someone get 4 under on one hole?"

Believe it or not, Lake Chabot isn't the only course in America with a par 6. Just 15 years ago, there were more than 25 from the men's tees according to our extensive database (and almost double that from the women's tees). Two of these courses have since closed - Chocolay Downs in Marquette, Mich., and Turquoise Valley in Naco, Ariz. In the case of the Panther Creek Course at Sebring International Golf Resort in Florida, the old 800-yard 4th has been taken out during an ongoing renovation.

The United States Golf Association defines a par 6 as any hole longer than 670 yards for men and 570 for women, although we all know that par is a very arbitrary number. Some championship courses are happy to keep holes longer than 700 yards as par 5s from the tips. Notable examples include TPC Colorado (the 773-yard 13th), the Gallery Golf Club’s North course (725-yard 9th) in Arizona, Promontory’s Dye Canyon course (720-yard 3rd) in Utah and the Fighting Joe Course at The Shoals (716-yard 12th) in Alabama. 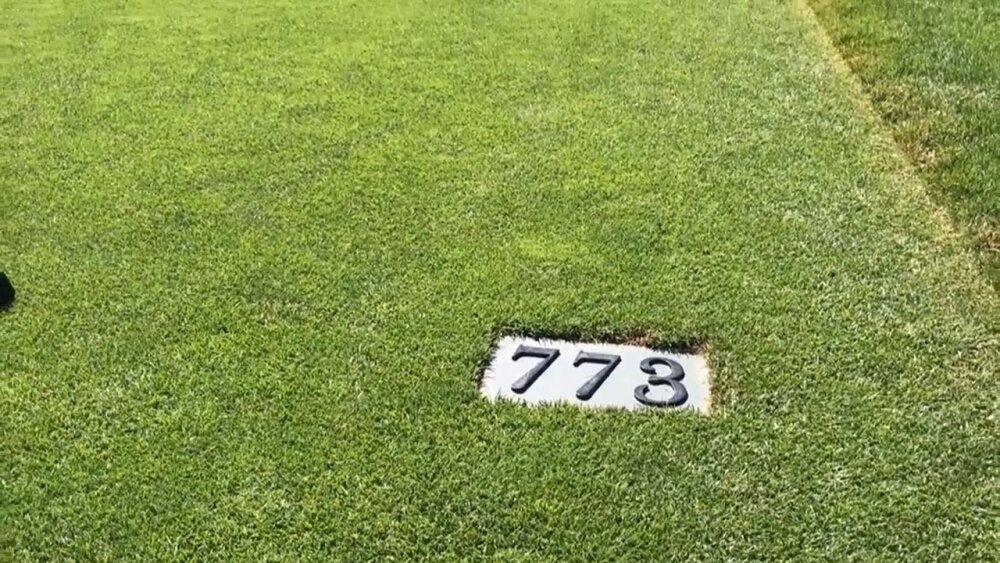 Other shorter courses are happy to cater to their customers. There are plenty of par 6s shorter than the USGA recommendation, including Lake Chabot.

There are all sorts of oddities when talking about these holes. How would you like to start your round on a par 6? You could on the 668-yard 1st at the Hollybrook Country Club in New York.

Did you know that courses by Donald Ross (the 656-yard 16th at Maplewood Golf Club in New Hampshire) and A.W. Tillinghast (the 635-yard 3rd at Breckenridge Country Club in Texas) feature par 6s?

Meanwhile, the nine-hole Colebrook Country Club, also in New Hampshire, is only 2,897 yards, but 612 of those yards are found on the one hole, the par-6 5th. The shortest par 6 is a "mere" 560 yards on the Abbey Course in St. Leo, Fla. Maybe you could make a condor there? 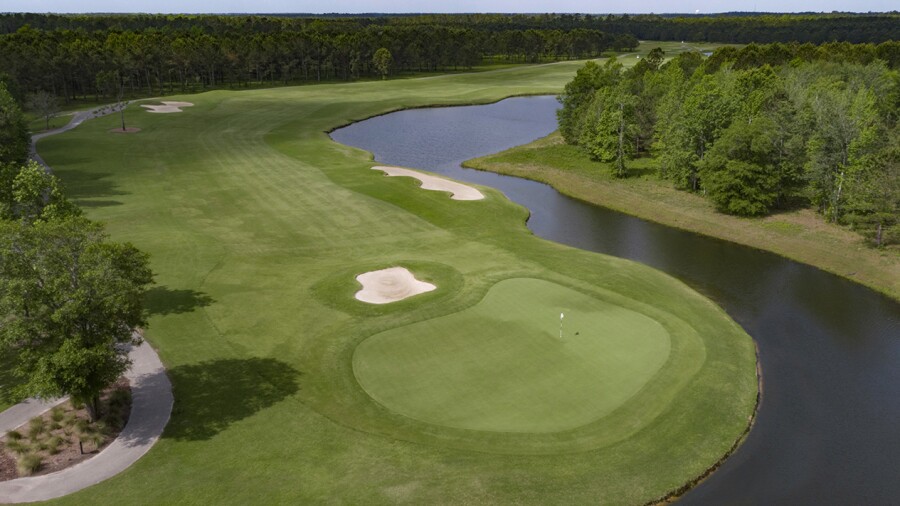 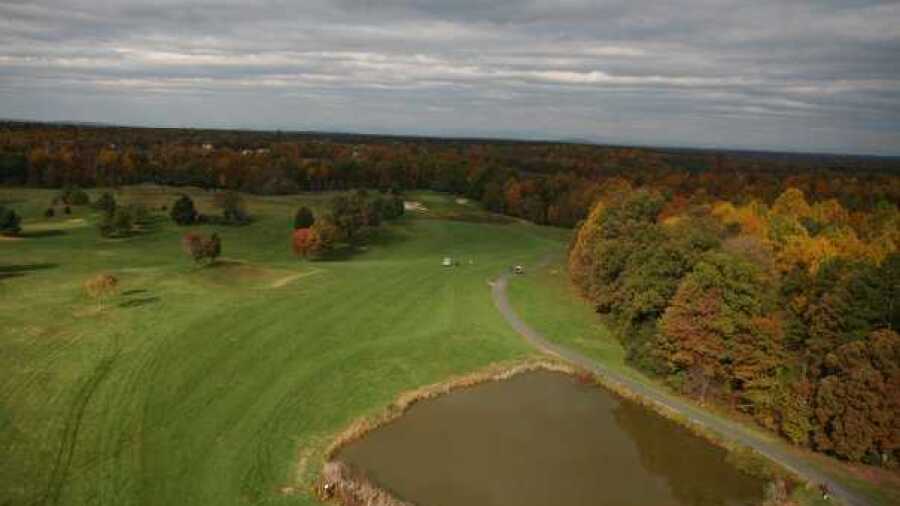 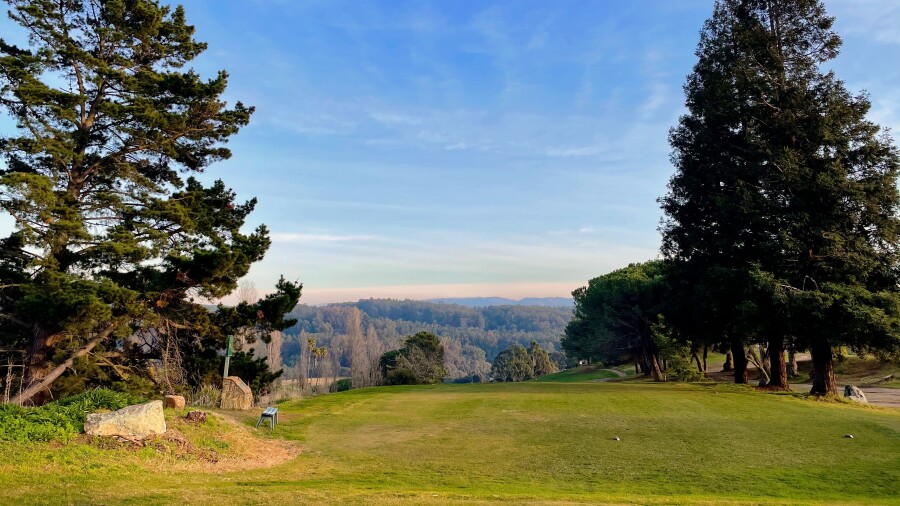 The view from the 18th tee on the par-6 finishing hole at Lake Chabot Golf Course. Courtesy photo

"They think it is cool at first, but when they are done, most people are like, 'It is too hard or too long'," he said. "Even when they make a par and write down a 6, it doesn’t feel like a good number."

All par-6 holes from the tips in the United States

Par 6s aren't limited to the United States, either. The European Challenge Tour competed on one in 2019 at Penati Golf Resort in Slovakia. It's a wild ride just touring the 783-yard 15th.

How would you fare playing any of these par 6s? Are you for or against the concept altogether? Let us know in the comments below.

Have played the 720 yard Par 6 at Sun Valley, Elsberry, MO.
What a Beast!
Sun Valley is a rustic, hidden gem of a golf course nestled into the west side of the Mississippi River bluff about 30 miles north of St. Louis, Mo.
Recommended? Oh, YES!
A fabulous golf course. Gotta take the cart. Don't try to walk it.

We got in Switzerland at the Golfclub Limpachtal a par 6 hole too, measering 666 meters

you guys missed us . . I work at Cherry Creek golf links Riverhead NY our 18th is a par 6 finishing hole 644 yards from the tips 7187 total yardage from back tees. It's a great conversation piece and golfers come out from long distances just to say they "conquered " the par 6