The 19th Hole is Great For:
Drinks 6
Course Challenges Include:
Bunkers 14
Undulating Greens 12
Water Hazards 12
This course/club is great for:
Advanced Golfers 11
Playing Multiple Courses 7
Locals 6
This Course's Location is:
Near the Airport 7
Convenient to the City 6

I saw some reviews that made me think I needed to find somewhere else to play, but glad we didn't. Greens were fantastic. Lay out was fun with mature trees and water to make sure I shaped some shots. The gentleman in the pro shop and the starter were willing to entertain us and make sure we were headed in the right direction.

I booked this course well in advance and reserved rental clubs. Part of the reason I booked was because the said they had brand new Sim2 clubs in April 2021. When I got to the shop and paid the counter person directed a young man to get me a set. Well they had none for me. When I told him I reserved them he said well we don’t really do that. So I ended up playing with a set of clubs he threw together. They were tour edge about 10 years old and basically dirty with the driver grip that was so old I had a hard time holding on to it. So not a pleasant start. Nobody told us we’re to go to get a car etc. very disorganized place. The course had a nice layout but not much grass on the fairways and mostly dirt sand traps . The greens were just ok. Pace of play was ok on the front but not the back as we had 3 groups waiting on 10. Sorry but I was super disappointed for my last round for my vacation .

Staff is ill-prepared for large groups. Greens are horrible and have craters. Would not pay 20 dollars to play this course!

Maybe the worst greens I have ever played. No grass on half the greens!

This was a terrible golf course for the money, for any money. It was in horrible condition . I play in Alabama at RTJ courses and expected playing at HILTON HEAD at this top rated course by some would be great , is was not. I do not recommend you wasting your money to play here.
Thanks
Wesley Rich

A Must-Play at Hilton Head

WOW. This course doesn’t get the attention it deserves. There’s plenty of fantastic golf at Hilton Head, but I hadn’t heard about Palmetto Hall much, and the Hills course made me wish I had a long time ago. The course’s design is fantastic, with it weaving through the Palmetto Hall community and beautifully working around ponds with its rolling fairways. It’s been very well kept, too, which is especially impressive for a round in the middle of winter. All of the staff deserve praise as well, as they were quick to help me know where to go, and asked if I enjoyed the course when I brought my cart back at the end. I’ll definitely be back to try the Cupp course, but for now, I can absolutely recommend Arthur Hills for a fun, gorgeous round of golf. You’ll have a *hall* of a time.

Booked this course Online, then the next morning find out its cart path only. Ok so we have played the other 2 courses here which were ok. Teed off at 1230 Rangers coming by every 15 min on the front 9. Play was slow we were a twosome so ok I get it we will be waiting some. By the 8th hole we were waiting an average of 10-15 min on EVERY hole.We get to the back and the 4 ladies in front of us are getting even slower But there is a foursome in front of them that now has a hole Open in front of them...So on the 15th tee box we say ‘enough’ and head in, on the way in we notice 17 and 18 are WIDE OPEN..not a player in sight...I get to the the pro shop and ask the pro why there is no rangers or somebody monitoring the GPS on the carts.? He says well ‘’we are over seeding’’ I say well how do you explain 17,18 being wide open..? He could not give a crap...so play there at your own risk..nice course but very gimmicky with a lot of water and trees.

To me the Hills Course is the definition of "fine." The layout is ok, the conditions are fine, it's a bit of a challenge...but there's nothing exceptional (except perhaps how empty it is?). I would go back, I just wouldn't be in any rush to do so. It is, however, home to the two dumbest par-3s I have ever played.

The par-3 3rd is a blind shot. That's right, you can't see the flag. You can't even see the green! It is long past time to cut down the marsh. Quite a concept. And on the par-3 13th, there is a tree that literally blocks the left third of the green. It's not often you can hit a tee shot directly at the flagstick and end up in the canopy of a tree...but you can here! So they've got this mark of distinction going for them I suppose.

I’ve played 90% of the courses on HHI over the years and this was one of the best conditioned I’ve seen. Fairways were nicely mown, rough is consistent, and the greens were excellent (firm, smooth, and reasonably fast). Bunkers were a bit firm here and there, but it seemed mostly due to dampness. Teed off at 730 AM and only saw one other group the whole time—finished in just under 3 hours as a twosome.

No postcard holes, but a decent target golf layout and it isn’t overly tight on most holes. Green complexes are more undulating that most other HHI courses, which adds character.

Expensive and not Worth It

These are the SLOWEST greens I have ever putted on in the entirely of this planet we call Earth.

The round was expensive, slow, and the back 9 was the epitome of boring and uninteresting target golf. Admittedly, the front 9 was a ton of fun.

I’m would not recommend this course to anyone at the current price. Seriously, between the service and greens it’s laughable given the other options in Hilton Head.

Not bad for the money

Greens were painted, but roll was fairly true. Like most courses that don’t overseed for the winter, fairways were somewhat ragged but not as bad as some other courses down here.

It was my first time playing this course.
I was not impressed.
The greens were furry
Also the greens were painted green.
Who does that?
Maybe it’s early in the season!
But it was my second time out this season.
The pro shot, the starter and cart lady were very friendly

I think this course represents one of the best values on HHI. The greens were in very good condition. For mid-March, the fairways were really pretty good. But, lots of tight lies (that wreck havoc with my game!) around the greens. All in all a great round. Pace of play was under four hours.

We played for the second day in a row. It was a decent otherwise we wouldn't have played. Pace was a a bit slow. Could have used a ranger. We are from the midwest so judging conditions is difficult but we were happy to play

Always a good day for golf

Did mot play well but was paired with some great people and it is always a great day playing golf.

Good value for the money

The course was in decent condition. We like the layout. We booked another tee time for the next day. The people in front of us were extremely slow but finally let us go through on the back nine. If they didn’t we were looking at a four and a half hour round. We finished in a little over four hours which is slow for us.

u2576822
Played On 03/10/2020
Reviews 8
Skill Intermediate
Plays Once a week
I Recommend This Course
4.0
Verified Purchaser
First Time Playing

Challenging but plenty of open areas to hit to

A little slow but we were a twosome with 4 groups of foursomes in front bur really enjoyed the round. Good value, greens were true and fairways decent given the winter grass

Enjoyed the day despite high winds and cart path only. We have had considerable rain in past two days, but course drained very well. Greens were understandably slow, but in good condition. Pace of play was off due to a slow foursome two groups ahead who were likely not accustomed to cart path only, and club selection and conditions were slowing them down. 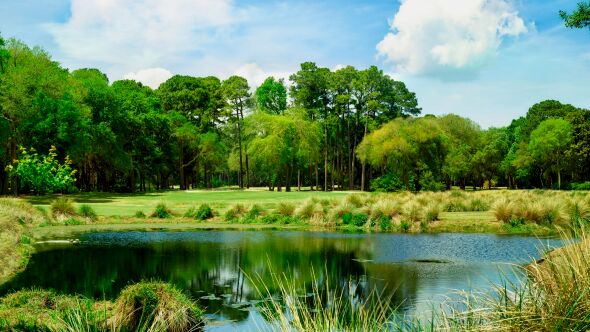 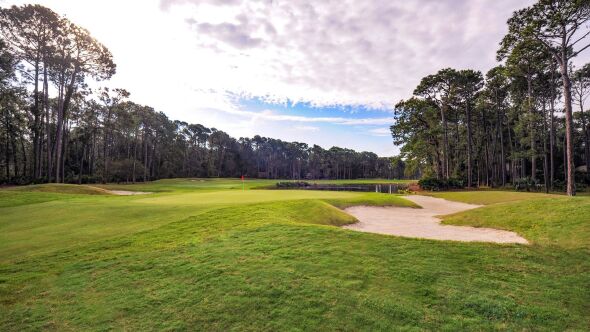 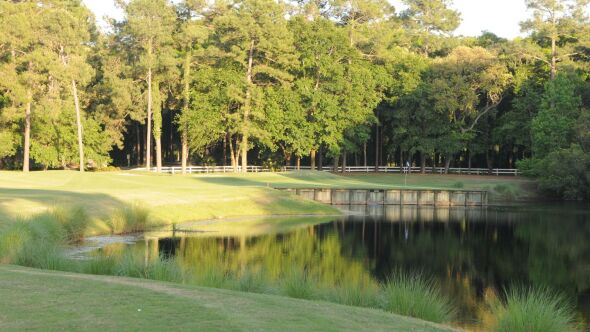 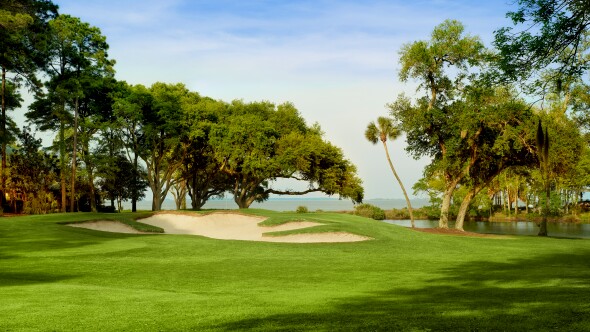 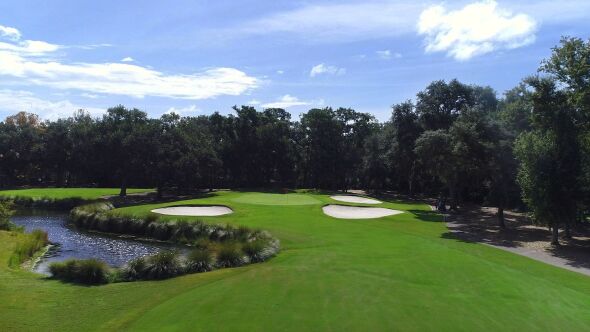 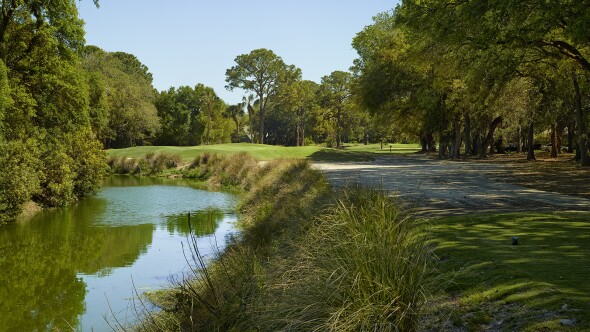 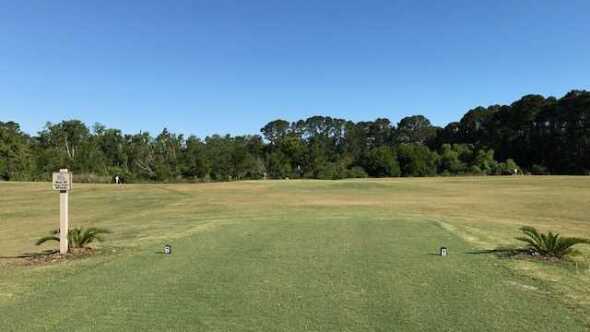 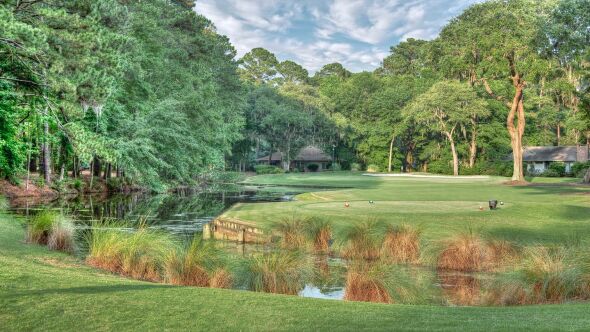 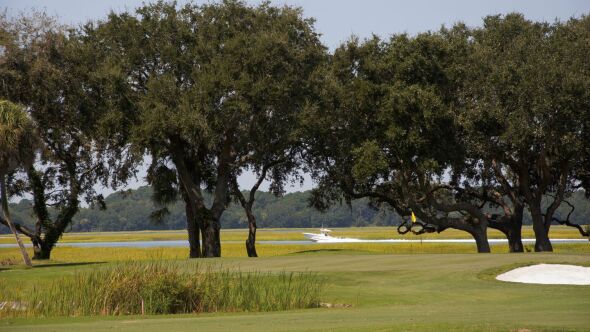 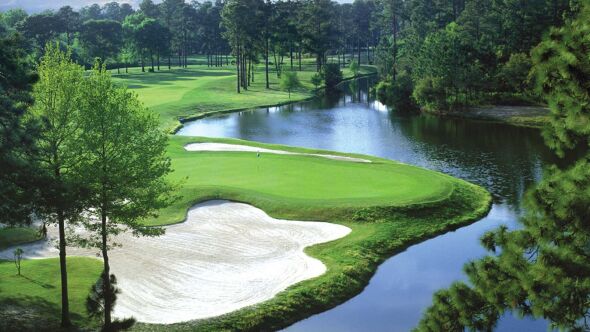 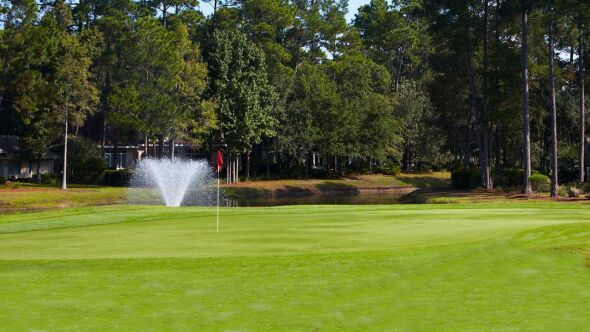 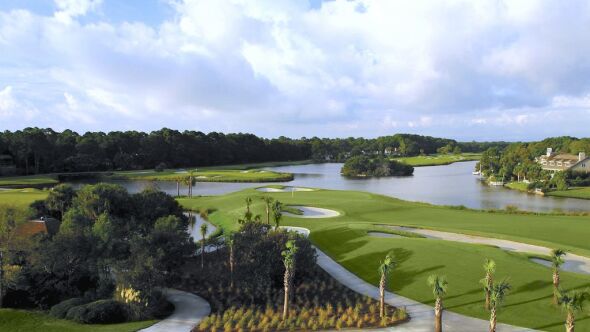 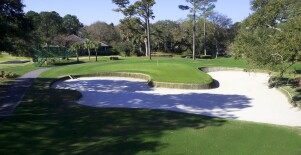 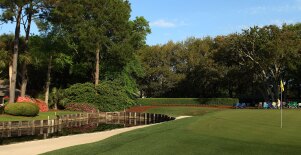 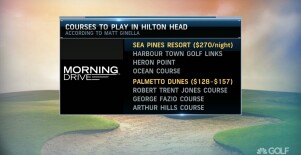 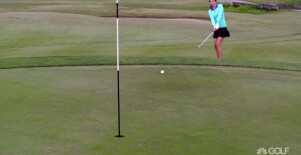 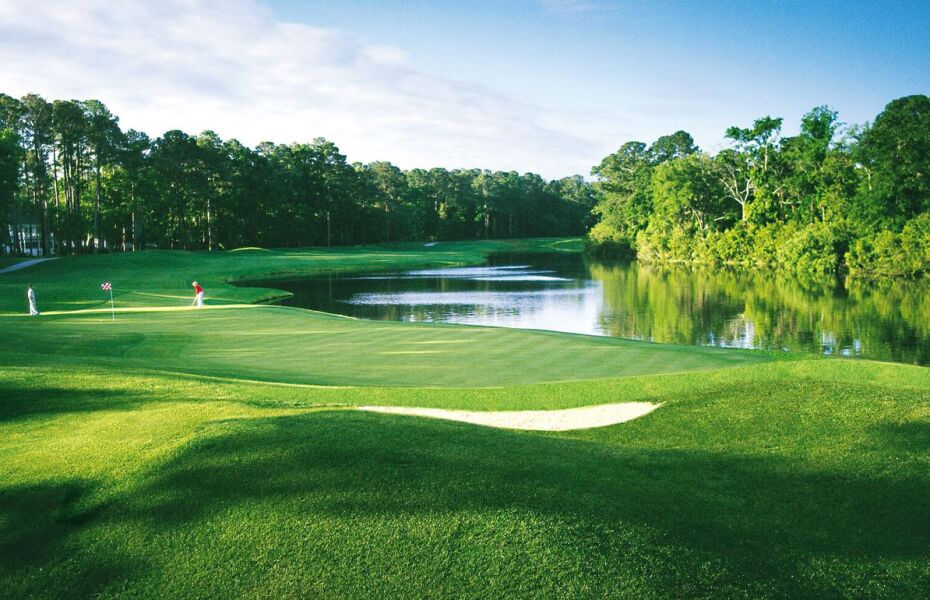 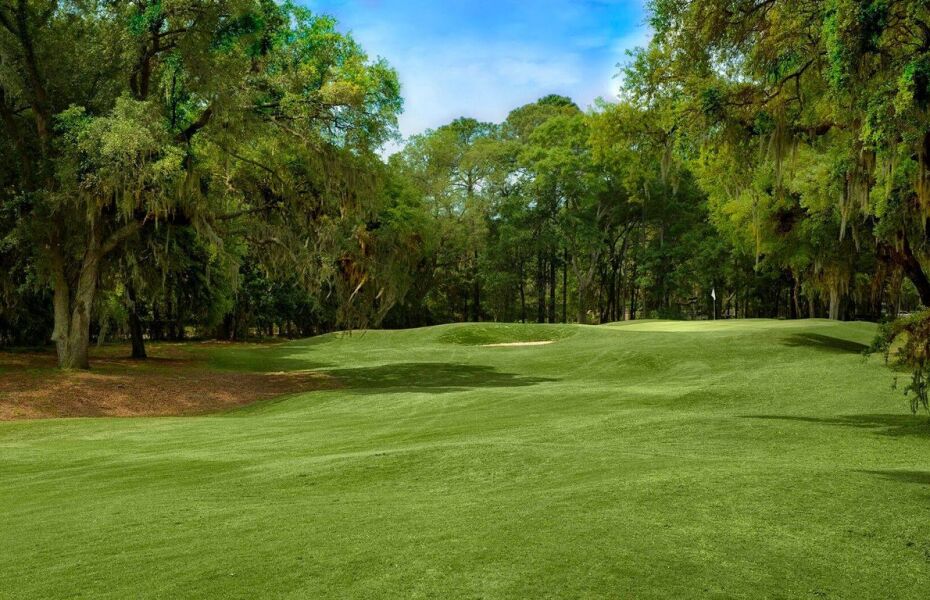 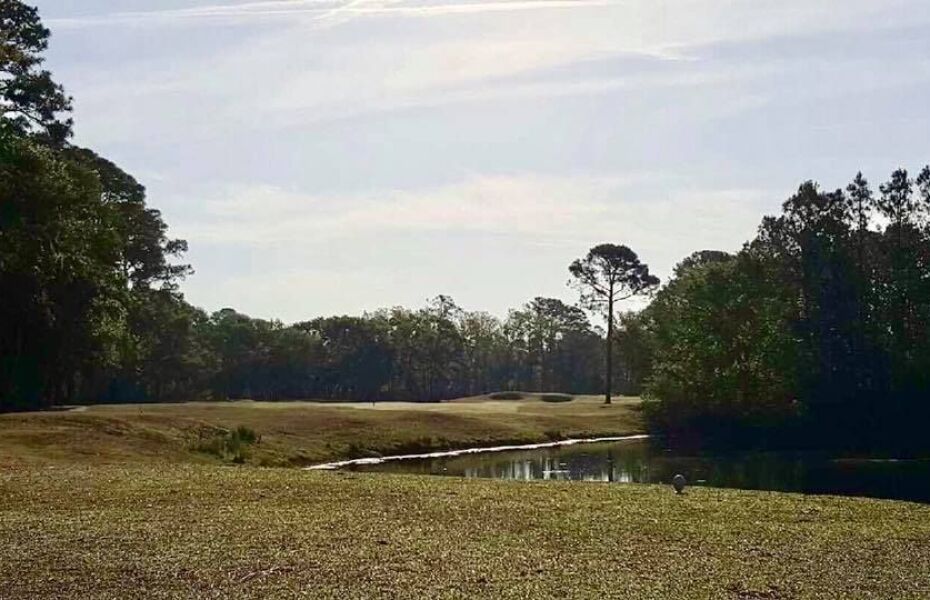 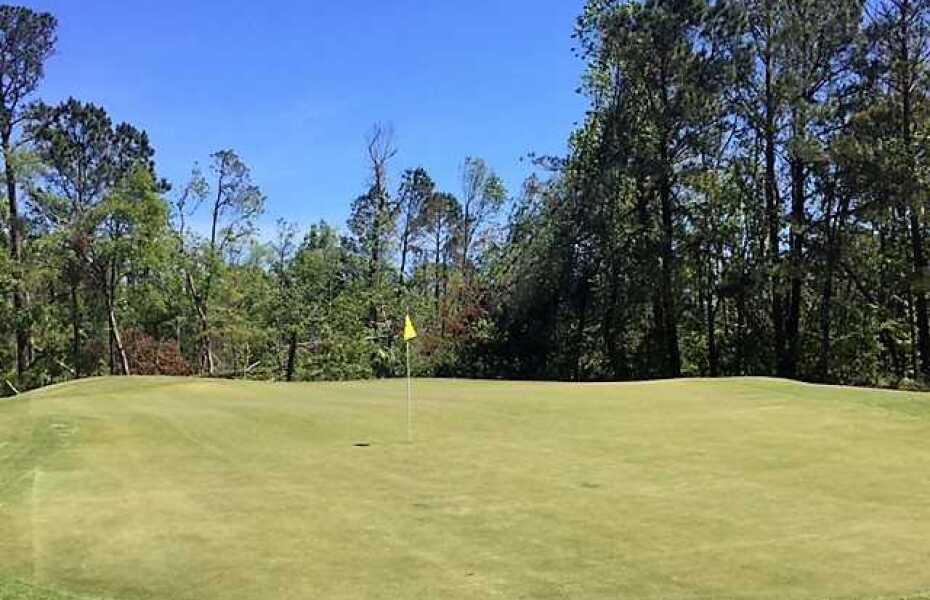 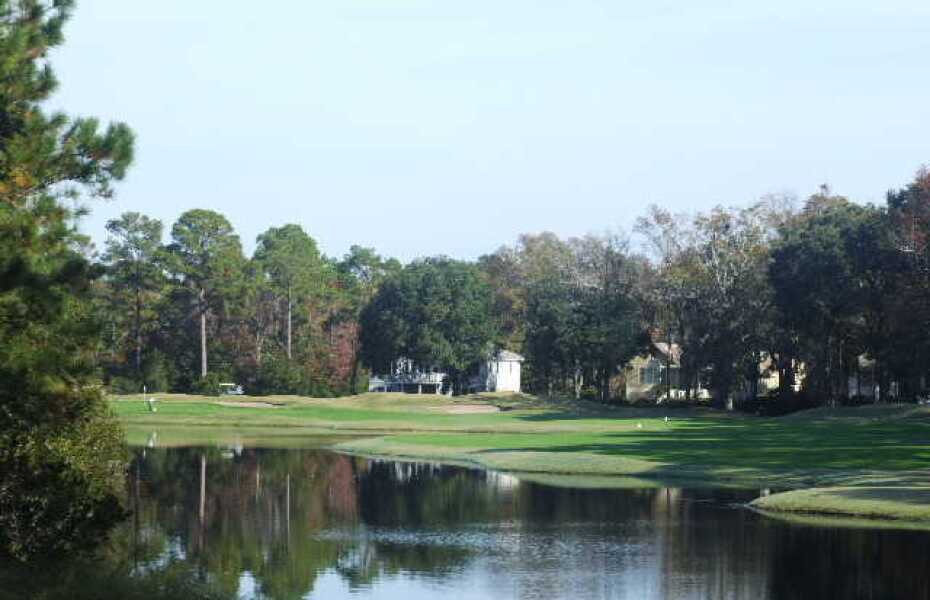 The closing hole at Arthur Hills at Palmetto Hall Plantation 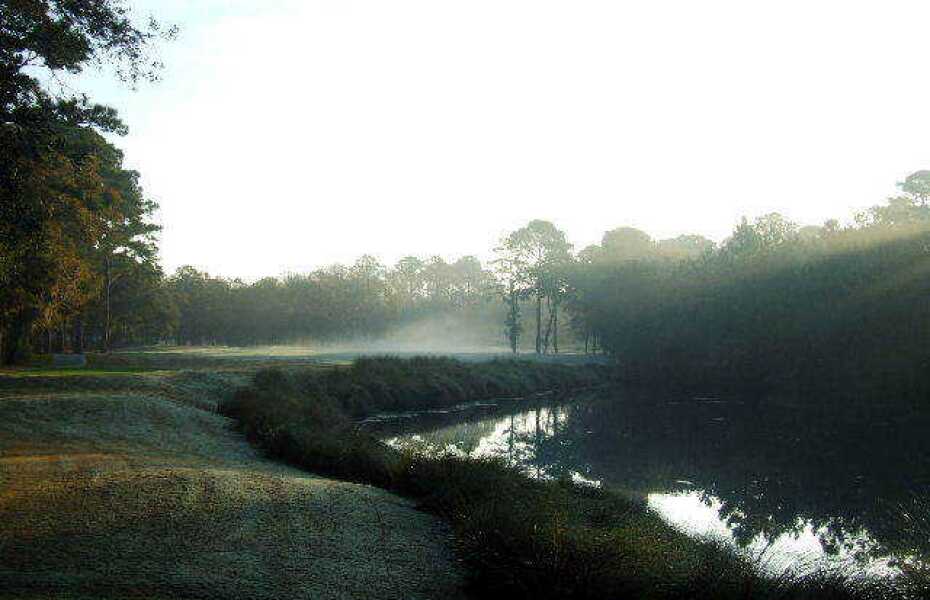