A new golf course construction boom is spreading across the world

Golf's popularity during the pandemic has inspired a tidal wave of new projects. Architect Tom Doak said last week that investors who have been sitting on the sidelines are starting to emerge. His phone hasn't stopped ringing. "It really started at the end of 2020," he noted.

What do most of these projects have in common? The type of high-end, adventurous golfer they're looking to attract.

Many of these new projects are being built on spectacular pieces of land in exotic locales like Scotland, St. Lucia, New Zealand and beyond. The ones popping up on U.S. soil tend to be elite private clubs. The only notable exception to both of these trends is Bar Run Golf & RV Resort in Roseburg, Ore., a public course by Dan Hixson that opened this year with relatively affordable green fees ($35-$95) that will cater to locals as well as nomads with clubs. The biggest selling point? It's on the way to Bandon Dunes, America's most coveted resort.

How mad is the rush to built the next great golf course? I got this message on Linkedin: A large-scale developer is "looking to develop high-rise hotel and residential projects and large gated golf course and luxury home development projects across major U.S. markets. Let me know if you have or know of large land sites, golf courses or hotels for sale."

Which popular golf architects are building where?

Only a handful of golf course architects are in position to benefit from the surge. Doak, Gil Hanse and the team of Bill Coore and Ben Crenshaw are the leaders in the clubhouse.

Doak boasts multiple projects in various stages of completion - the Lido and Sedge Valley at Sand Valley Golf Resort in Wisconsin, a new course at the newly rebranded Cabot Highlands resort in Scotland and a second chance to build something special on the site of his very first design, the High Pointe Golf Club in Williamsburg, Mich., which closed in 2008. A developer has bought a portion of the original golf course land and has recruited Doak to build anew near his Traverse City home and office. Doak is also involved with Kye Goalby at The Tree Farm, the private club vision of PGA Tour player Zac Blair in Aiken, S.C., that should open next year.

Like the adjacent Blue and Red courses Doak and Coore & Crenshaw did at Streamsong, the two design teams are creating complementary new courses at Te Arai Links in New Zealand, the public/resort component of Doak's mythical Tara Iti.

Ben Cowan-Dewar, the man behind Canada's popular Cabot Cape Breton who bought and plans to further expand Castle Stuart in the Scottish Highlands, tasked Coore & Crenshaw for the much-hyped Cabot St. Lucia's Point Hardy course, expected to open in 2023. Coore & Crenshaw, who are wrapping up a short course called The Chain at Streamsong and three private courses - Wicker Point in Alabama, a second course at McArthur Golf Club in Hobe Sound, Fla., and Brambles in northern California - recently announced the spectacular-looking Torch Cay in the Bahamas.

Soil is beginning to move at C&C's walkable Crazy Mountain Ranch in Montana as well. And if their Coul Links project funded by Mike Keiser ever gets revived in the Scottish Highlands north of Dornoch, they could be even busier flying around the world to play in the dirt.

As for Cowan-Dewar's expanding empire, Cabot Revelstoke in mountainous British Columbia is under the guidance of the new golf course design firm of Whitman, Axland and Cutten. In central Florida north of Tampa, the former World Woods Golf Club in Brooksville has been rebranded as Cabot Citrus Farms with Kyle Franz and Mike Nuzzo attempting to overhaul the entire 45-hole site.

Hanse, who has become the country's most sought-after architect when it comes to modernizing America's classic private courses, counters in 2023 with the high-profile opening of Fields Ranch East at Omni PGA Frisco Resort. He's also tied to the Coachella Golf Club, an uber-exclusive club in Thermal, Calif., that is somewhat of a mystery. Hanse and partner Jim Wagner have also signed on to build a C.B. Macdonald/Seth Raynor-inspired course called Kinsale near Naples, Fla. sometime in 2024.

Not to be overlooked, David McLay Kidd is designing GrayBull in North Platte, Neb., that will be a part of the Dormie Network's portfolio of destination private clubs in 2024, and his third resort course at Gamble Sands in central Washington. His Dunas course at Terras da Comporta in Portugal will debut in 2023.

Nicklaus Design is one of the few legacy brands still very active. The Golden Bear's firm has two developments in its south Florida backyard - the Panther National Golf Club and the Sandhill Crane Golf Club Par 3, both in Palm Beach Gardens, Fla. The one I'm most interested in, however, is the Ury Estates scheduled to open in 2024 outside Aberdeen in Scotland.

Rumors of other projects are always floating about. Sometimes, all it takes is a tweet to send golfers scurrying for information. If you're a fan of golf course architecture, this next decade will be a lot more fun than the past one, that's for sure.

It seems rumors concerning a new resort in Park City, UT with 54(?) holes by King-Collins and Tiger Woods are indeed true. I know virtually nothing about it, and obviously wouldn't say something like this without some certainty...but I am fairly certain. pic.twitter.com/p1Wd1gOhN5

What new golf course project(s) are you most excited about? Let us know in the comments below. 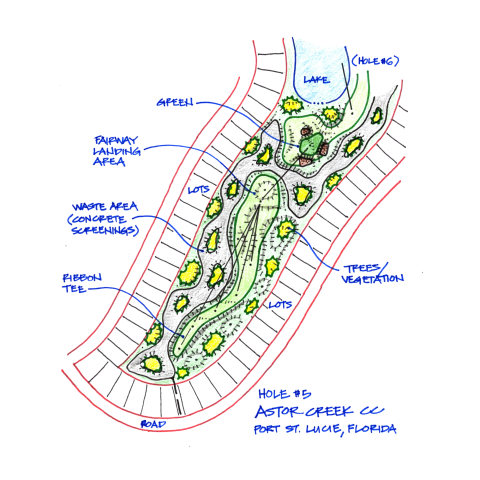 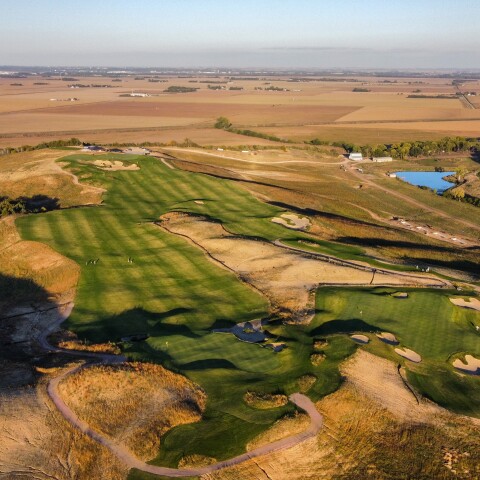 This is an important article. I'm glad you've made the distinction between the amount of attention given to private versus public courses. I remember a clubmaker, who was also passionate about playing golf, telling me back in 1990 that "Golf is a money game."

While I have nothing against deep-pockets golfers for whom money is no object, it does seem sad that so many of the greatest sites end up being the playgrounds of the wealthy.
As a sage said, "The more things change, the more they remain the same."

Interesting, too, that Doak is rebuilding--in part, anyway--High Pointe in Michigan. The now defunct version was one of the best courses I've played anywhere .