10 of the best golf road trips in the Carolinas

From the mountains to the ocean, there's more than enough golf to go around in North Carolina and South Carolina.

Why go to Carolina in your mind when you could go there for real? North and South Carolina have more than 900 golf courses between them, including dozens of layouts that grace lists of the top 100 courses in the country, both public and private.

Centrally located along the eastern seaboard, these two states are a day's drive or less from practically anywhere east of the Mississippi River, meaning millions of golfers have relatively easy access to their mountains, midlands and coastal regions.

From Pinehurst to Myrtle Beach, Asheville to Santee and several spots in between, the Carolinas are well-situated for a golf road trip for any budget or length of time. Here's a rundown of 10 great Carolinas golf road trips.

"America's Home of Golf" is within a day's drive of most of the eastern half of the country, which helps keep it one of the most popular golf destinations anywhere. That, and an impressive list of places to play. Pinehurst Resort's ten courses run the gamut, from the mighty No. 2 ($495) and redone, superb No. 4 ($395) to sportier tests like No. 3 ($130) and the smash hit Cradle par-3 course ($50). The twin charmers at Pine Needles ($235) and Mid Pines ($215) have made great strides in recent years thanks to rustic renovation efforts by Kyle Frantz. Southern Pines Golf Club ($110) remains the area's hidden gem and the stunning Tobacco Road ($189) is a must-play for lovers of unusual and thrilling golf course design, courtesy of Mike Strantz.

This beloved beach destination has a smallish but solid collection of available courses, concentrated toward the northern half of OBX. The Currituck Club ($129) in Corolla is a Rees Jones design that sports some nice views. A few miles south, Nags Head Golf Links ($133) is a sporty, windswept layout with several holes up against the Albemarle Sound. Duck Woods Country Club is private, but as a member of the Private Club network it is open to reciprocal play from members of more than 200 other clubs. Just off-island, Kilmarlic Golf Club ($99) boasts the best layout of all area golf courses and uniformly high ratings from Golf Advisor readers. Just across the street, The Pointe Golf Club ($99) is another nice option.

Long regarded as one of the best smaller cities on the east coast, Wilmington is sometimes lumped in as an appendage to the sprawling Myrtle Beach Grand Strand to the south, but can work as its own one-off destination, especially given its location at the eastern terminus of Interstate 40. The headliner here is the Wilmington Municipal Golf Course ($52), one of the best such courses in the country since its 2014 restoration to Donald Ross' original design by architect John Fought. For more modern course lovers, Tim Cate's Cape Fear National Golf Club ($95) is a must-play just south of town, and Compass Pointe Golf Club ($80) became North Carolina's newest course when it opened in 2016. A little farther afield, locals regard the George Cobb-designed Oak Island Golf Club ($69) as something of a hidden gem.

Greensboro is a nice though fairly unassuming Southern city, but it's a sneaky-strong, relatively inexpensive golf destination that's just a few hours from a large portion of the Eastern Seaboard. It recently got even better for visiting golfers when The Cardinal ($41), a 1974 Pete Dye design, went semi-private in 2019. Another Dye design, Oak Hollow Golf Course ($39), sits on a lake in nearby High Point. North of Greensboro, two high-quality but budget-friendly courses at Bryan Park include the Champions Course ($58), a Rees Jones design that hosted the 2010 U.S. Amateur Public Links Championship, and Grandover Resort has 36 holes of its own ($78). So does Tanglewood Park, just southwest of Winston-Salem, including the Championship Course ($57), where Lee Trevino won the 1974 PGA Championship over Jack Nicklaus. There's also former Wyndham Champion host Forest Oaks Golf Club ($52), renovated several years ago by Davis Love III. Venture south of Greensboro to Asheboro and you'll find Tot Hill Farm Golf Club ($54), an idiosyncratic but thrilling Mike Strantz original.

Myrtle Beach needs no introduction as a golf destination, especially as one of the most popular drive-market vacation spots in America. Its more than 80 courses include works by great architects from Robert Trent Jones to Jack Nicklaus. I always find it best to think of Myrtle Beach as three sub-regions: South, Central and North. The southern end is punctuated by the likes of Caledonia Golf & Fish Club ($199) and True Blue Golf Club ($169); central standouts include King's North at Myrtle Beach National ($149), Grande Dunes Resort Club ($152) and the vaunted Dunes Golf & Beach Club ($208); and the northern end includes the four-course Barefoot Resort complex ($175), the underrated Farmstead Golf Links ($95) and several courses just over the North Carolina border, like the highly-rated Leopard's Chase Golf Links ($122) and River's Edge Golf Club ($84).

Quality destination golf around Charleston always begins with the Ocean Course at Kiawah Island Resort ($383), but it certainly doesn't end there, or at the resort's other courses. Off-island and closer to town are plenty of quality options, including Wild Dunes Resort and its seaside Links Course ($104). Dunes West Golf Club ($86) is a very good Arthur Hills design whose construction team included Mike Strantz, and Coosaw Creek Country Club ($99), a Hills design in North Charleston, is somewhat underrated due to its out-of-the-way location. The Charleston Municipal Golf Course ($48) is in the midst of a year-long renovation that aims to make the course the latest outpost of the 'Munaissance' by the end of 2020. South of town, The Links at Stono Ferry ($100) is a pleasant public course with marsh views from several holes.

Similar though not quite as vast as Myrtle Beach, the golf options on and around Hilton Head are several dozen courses deep. Harbour Town Golf Links ($369) anchors Sea Pines Resort's 54-hole complement, though don't sleep on the Pete Dye-redesigned Heron Point ($179) or the Davis Love III-improved Atlantic Dunes ($209). Elsewhere on the island, Palmetto Hall Plantation's two courses ($50) get high marks, as do the three courses at Palmetto Dunes Resort: the Robert Trent Jones, George Fazio and Arthur Hills ($159).

Off-island, Hilton Head National Golf Club ($110) is an intriguing Bobby Weed/Gary Player collaboration, and farther up into Bluffton, May River Golf Club ($320) at the chic Palmetto Bluff resort is a splendid splurge of a Jack Nicklaus Signature design.

Few Southeast golf destinations offer better bang for the buck than Santee, roughly equidistant from Charleston, Columbia and Florence and convenient to I-95 for drive-in traffic. Notable courses here include Lake Marion Golf Course ($64), Santee Cooper Country Club ($66) and Santee National Golf Club ($66). An exciting new golf amenity to the destination, the Palmetto Traverse putting course, is located at Lake Marion Golf Course and has created some buzz since it opened in 2019. The best area course, though, is Orangeburg Country Club, a private Ellis Maples design that was renovated by Richard Mandell in 2009; access is possible through Golf Santee.

Mountains - Greenville up to Asheville (N.C.)

The mountains of the Carolinas are home not just to some of the finest private golf courses in the country, but several worthwhile public layouts as well, spreading north and east from Greenville, South Carolina up past Asheville, North Carolina. On the South Carolina side, Pebble Creek Golf Course's 36 holes ($48) make a solid public option, while The Preserve at Verdae ($65) sits on the sight of an Embassy Suites hotel and resort. Heading north, the Furman University Golf Course ($60) is a gem, and Cherokee Valley Course and Club's P.B. Dye design ($49) is under new ownership and focused on modernizing its offerings, which include on-site 4-bedroom cottages.

Columbia SC has loads of top notch courses. Charwood Country Club and Indian River are two of the nicest courses I’ve played in my life.

River Falls Plantation Golf Course is our go to course when we have guest from out of town. Truly a beautiful course for all level of players...great conditions and 18 unique holes. Designed by Gary Player .... a real tribute to his love for the game. Gotta to go playing 18 hole a in a few minutes.

My favorites are listed in your summary of each location except 1! Tobacco Road is a tricked up waste of money. Strantz has many good courses but that one is a joke.looks good plays bad.

Played Persimmon Hill several years ago. Is it still on existence? Where is it located? I thought it was in South Carolina. 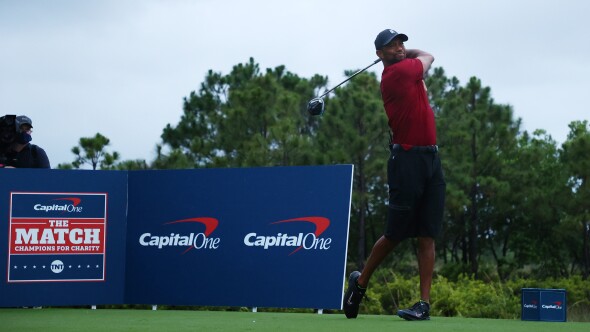